M
Clarence Bagwell is the son of Bagwell (?) 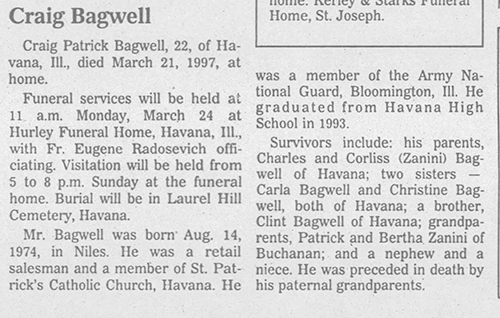