Steven Haskell Bagwell was born on 1 September 1956 in Montgomery, Montgomery County, Alabama. He was the son of Johnny Walker Bagwell and Jacquiline Adkins. Steven Haskell Bagwell married Julie Murphy after 1970. Steven Haskell Bagwell died on 13 June 2003 in Augusta, Richmond County, Georgia, at age 46
Entered into rest on Friday, June 13, 2003, Mr. Steven Haskell Bagwell, 47, of Rushing Road, Augusta, husband of Mrs. Julie Murphy Bagwell.
Interment will follow in Hillcrest Memorial Park.
Others surviving include his parents, Mr. and Mrs. Johnny Bagwell; son, Steven Cody Bagwell; daughter: Stevi Melissa Bagwell all of Augusta; sister, Pam Pyles, Lake Mary, Fla; as well as many nieces and nephews.
Mr. Bagwell, a native of Montgomery, Ala., had made Augusta his home for the past 36 years. He was an avid sports fan and a collector of sports memorabilia. He was employed by the Richmond/Burke Job Training Authority as a Client Services Manager. He enjoyed his work and spoke of his co-workers as part of his family. He was a member of the Burns Memorial United Methodist Church. Steve lived his life for his wife, children and his family.
Augusta Chronicle, The (GA) - Sunday, June 15, 2003.
He was buried at Hillcrest Memorial Park Cemetery, Augusta, Richmond County, Georgia.

Steven Cody Bagwell is the son of Steven Haskell Bagwell and Julie Murphy.

Stevi Melissa Bagwell is the daughter of Steven Haskell Bagwell and Julie Murphy.

F, b. 7 February 1933, d. 6 May 2018
Jacquiline Adkins was born on 7 February 1933 in Easley, Pickens County, South Carolina. As of circa 1949,her married name was Bagwell. She married Johnny Walker Bagwell, son of Tandy Walker Bagwell and Elizabeth Della Freeman, circa 1949. Jacquiline Adkins died on 6 May 2018 in Augusta, Richmond County, Georgia, at age 85. She was buried at Hillcrest Memorial Park Cemetery, Augusta, Richmond County, Georgia. 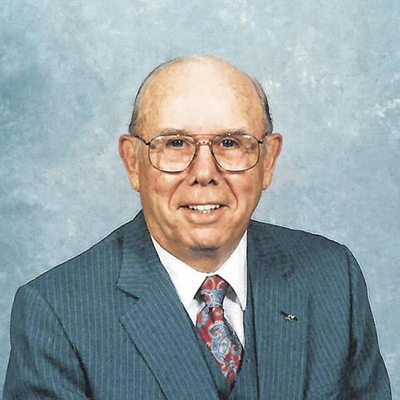 Private graveside services will be held from Hillcrest Memorial Park.

Mr. Bagwell, son of the late Elizabeth Freeman Bagwell and Tandy Bagwell, was born in Easley, S.C., and served for 22 years in the United States Army. He was a member of Burns Memorial United Methodist Church, where he was a member of the Fellowship Sunday School class, and also taught the class for many years. He was also a member of the church's Administrative Board. He served as President of the Georgia State Lions Club and was also a member of the local Lions Club, and the Shriners Club. He was the owner and president of Professional Polygraph from 1978 until 1990.

In addition to his wife, he was preceded in death by his son, Steven Bagwell.

If so desired, memorial contributions may be made to the Alzheimer's Association, 106 SRP Drive, STE A, Evans, GA 30809.

Julie M. Bagwell is the daughter of Johnny Walker Bagwell and Jacquiline Adkins.

Michael Ray Patterson died in 1963 He died a few months after he was born.1 He was born in 1963.1 He was the son of Delbert Ray Patterson and Patricia Elizabeth Gallagher.1

Baylee Elizabeth Berryhill is the daughter of Lisa Sue Patterson.1

Emma Grace Berryhill is the daughter of Lisa Sue Patterson.1

F, b. circa 1851
Elizabeth J. Brantley was born circa 1851 in Mississippi. She was the daughter of Sidney Prince Brantley and Francis Hawkins.