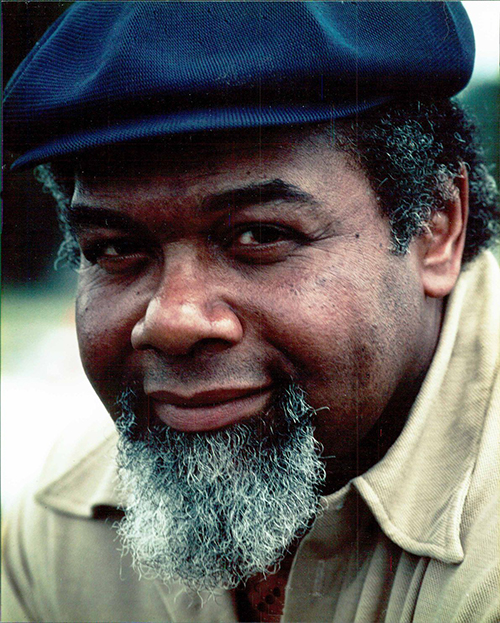 His graveside service will be conducted at Evergreen Memorial Cemetery at 11:00 a.m. on Saturday, April 30, 2016. Military Rites will be accorded by the Bloomington-Normal American Legion Honor Guard. Kibler-Brady-Ruestman Memorial Home is in charge of arrangements.

A Celebration of Life Memorial will be held at Jazz Upfront, 107 W. Front Street in Bloomington, after the service, at 2:00 p.m. on Saturday.

Expressions of condolence for the family should be mailed to the attention of Taylor Cisco, Alpha and Omega Bloomington Outreach, 3 Felton Place, Bloomington, IL, 61701. Memorial contributions for the Donald Bagwell Performing Art Scholarship should be mailed to Cisco and Cisco Productions, P. O. Box 5023, River Forest, IL, 60305.

Donald T. “Bags” Bagwell was born from the union of Donald Bagwell and Mable Dee Johnson.

Donald moved to Woodhill Towers in Bloomington for the last 8 months of his life, a short distance from his childhood home and his long-time residence. Donald served in the U.S. Army from 1950 to 1952, and attended Illinois State University upon his discharge. Donald was employed at Model Window Cleaners, Paxton’s Office Supplies, the former Illinois House and other businesses until his retirement.

Donald left behind many friends from the extended Hursey, Doage, Gaston and Waddell families, as well as Dr. Gary Brandenburg, Chuck Howard, Mike Shepard, Greg and Chris Marlett, David Deneen and Dan Deneen. Countless other persons enjoyed Donald’s good company, humor and wit at his home at Madison and Oakland Streets, which was welcome to all.

Donald will be missed by everyone who was fortunate enough to have known him.

Online condolences and memories of Donald may be left for the family at kiblerbradyruestman.com.

M, b. January 1856
Granville Gardner was born in January 1856 in Tennessee. He married Alice Bagwell, daughter of Henry Bagwell and Lucy Thompson, circa 1878.

F, b. circa 1859
Isabella Bagwell was born circa 1859 in Tennessee. She was the daughter of Henry Bagwell and Lucy Thompson.