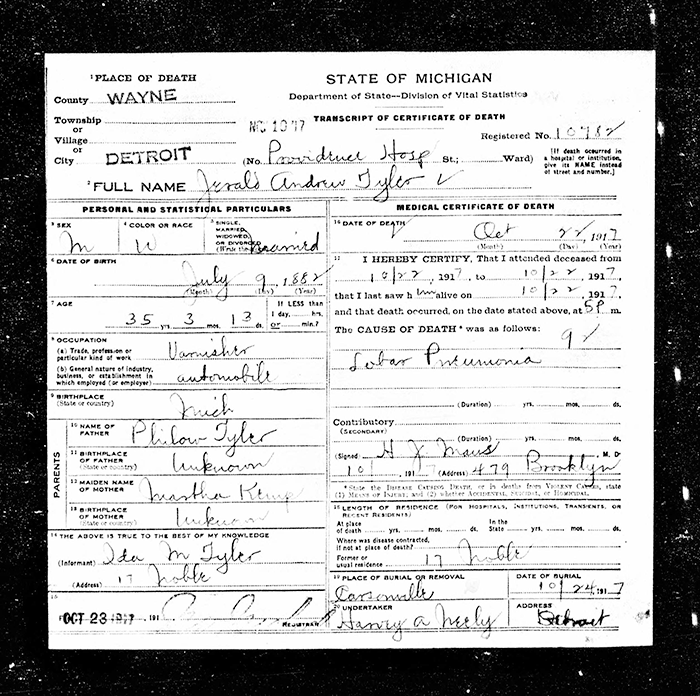 F, b. 1917
Gladys Tyler died in California. She was born in 1917 in Michigan. She was the daughter of Jerald Andrew Tyler and Ida Mae Boddy.