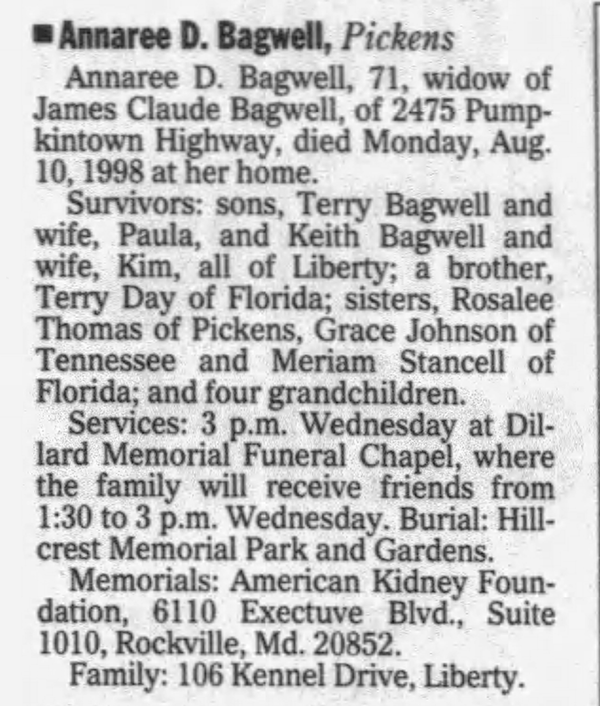 M
Jeff Bagwell is the son of Dr. Jerry Neal Bagwell and Janet (?)