Jones Alan Bagwell, 61, of Mill Spring, NC passed away at Hospice of the Carolina Foothills in Landrum following a brief illness. He is the son of the late Clara Mae (Parkins) Bagwell and Beattie Austin Bagwell of Liberty, SC and loving partner of Cheryl Ineson. He is of devout Episcopal faith and enjoyed employment as sales manager for Napa Auto Parts following a career in textile management and real estate. He was a graduate of Calhoon Engineering School, Baltimore, MD, and served as Cadet Engineering Officer in the Merchant Marines. He attended Clemson University and graduated from Liberty High School. A promise kept: “GO TIGERS!” Alan was passionate about Clemson Football, animals, nature, gardening, cars, and tools. He cherished all the friends he made along the way. He is survived by sisters Elaine Bagwell and Judith Addington (Charles) and brother Joel Bagwell, of Liberty, SC and nieces Melissa Gardner, Dana Carver and Lisa Crowe. A celebration of his life will be held at the home post-COVID-19. Memorials may be made to Foothills Humane Society, 989 Little Mountain Rd, Columbus, NC 28722 and Hospice of the Carolina Foothills, P.O. Box 336 Forest City, NC 28043. 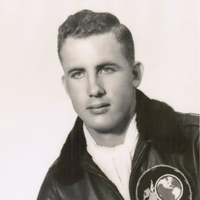