Pat graduated from Northwestern High School in 1971 and earned her bachelor degree in pharmacy from Purdue University. She began her career at Hutto Drug Store in Greentown and went on to work as a pharmacist for St. Joseph Hospital and St. Joseph At Home before retiring from St. Vincent Mercy Hospital in Elwood after a total of thirty years of service. She was a lifelong member of St. Patrick Catholic Church. Her other memberships include C.R.H.P., Howard County Pharmacist Association, Indiana Pharmacist Association, American Society of Hospital Pharmacist, and a 10 year member of 4-H. She was respected and admired by her peers at the hospitals and will be greatly missed by her family and friends.

She was preceded in death by her parents; daughter, Jennifer Bagwell; son, Jeremy Bagwell; and brother, Victor Varnau.

A Mass of Christian burial will held at 11 a.m. on Monday at St. Patrick Catholic Church, 1229 N. Washington St., Kokomo, with Rev. Fr. David Hasser the celebrant. Burial will follow in Greenlawn Cemetery. Friends are invited to visit with the family from 4 to 8 p.m. on Sunday at Hasler-Stout Funeral Home, 112 E. Main St., Greentown.1
She was buried at Greenlawn Cemetery, Greentown, Howard County, Indiana.1

Child of William A. Batey and Mary Jessup

Child of Mary Jessup and William A. Batey

Emma Lee (she insisted on being called Emma Lee, not just Emma) grew up in Choudrant, where she played on the girls high school basketball team, became a proficient piano player and graduated from high school in 1917.

Emma Lee remained in Choudrant for the next five years, where she worked as a clerk at the local drug store. She also served as the town recorder of births, since the town physician, Dr. Cook, owned the drug store. She recalled that Dr. Cook charged $13.00 for delivering a baby, including a trip to the mother's house to deliver the baby.

Tragedy struck the Kelly home in 1929. Viola became ill and died, leaving two children, James Jr., age six, and Melrose, age three. Emma Lee continued to live in the home another year to assist her brother-in-law, James, in caring for the two young children. Throughout her remaining life, Emma Lee maintained a special, close relation with James Jr. and Melrose, formed during their early years together.

During this time Emma Lee met Oliver Oscar Thompson, who worked at a local lumber company. After dating for several years, Oliver and Emma Lee were married March 22, 1930 in the parsonage of the First Methodist Church of Cedar Grove, a suburb of Shreveport. They lived in Shreveport throughout their married life, until Oliver died on December 21, 1965. Oliver and Emma Lee had one son, Glenn Oliver Thompson, born Nov. 2, 1934.

Emma Lee became a Christian at an early age and was active in Southside Baptist Church in Shreveport and Sharon Baptist Church in Wichita. Many members of the Sunday School classes she taught remained close friends during her lifetime.

Emma Lee was noted for her beautiful hand crafts, including hooked rugs, crocheted afghans, baby blankets and tatting. While operating a hooked rug business out of her home in Shreveport, she designed and sold hundreds of hooked rugs. 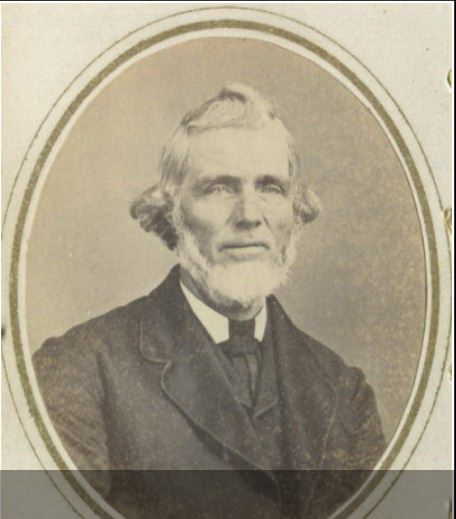 M, b. circa 1836
Oscar L. Story was born circa 1836 in New York. He married Euretta Southerland Bagwell, daughter of William Henry Bagwell and Elmira Silence Neff, on 12 March 1859 at Newark, Kendall County, Illinois.

F, b. circa 1862
Sara Bagwell was born circa 1862 in Illinois.1 She was the daughter of Orange Neff Bagwell and Emeline Lewis.1

M, b. circa 1865
Lewis Bagwell was born circa 1865 in Illinois.1 He was the son of Orange Neff Bagwell and Emeline Lewis.1