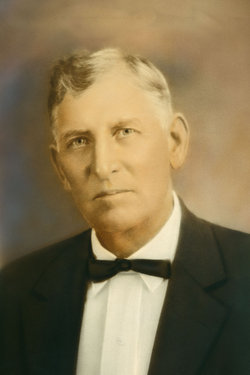 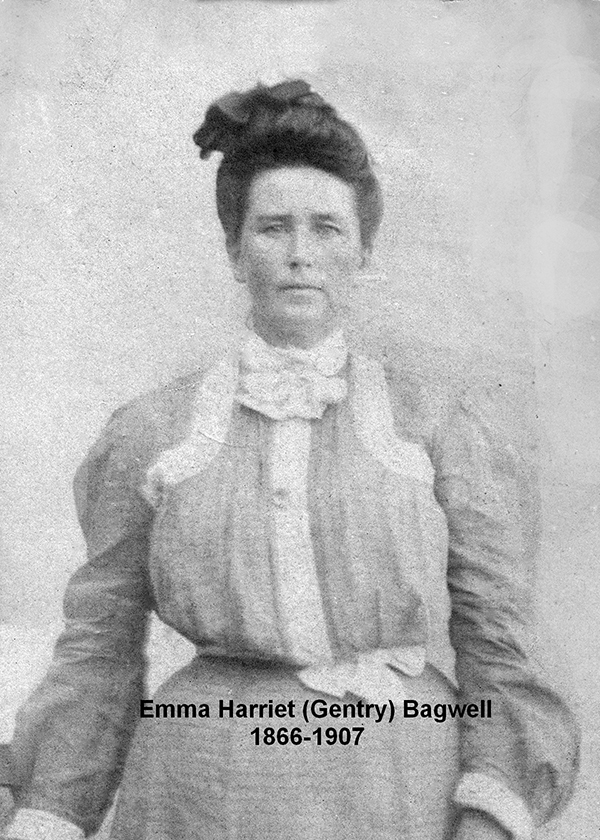 Children of Jacob Olwin and Salome (?)

Children of Salome (?) and Jacob Olwin

Children of Archie Ray Bagwell and Hildreth A. Cox


Friends, Townspeople Pay Final Tribute to Bagwell
GROVER CITY- almost 300 persons paid their last respects to Horace Virgil Bagwell 68, at funeral services at 10 am. yesterday in the First Southern Baptist Church, with Rev. W. C. Meacham officiating.
Bagwell died suddenly of a heart attack Saturday afternoon in Ruston, La. while he and Mrs. Bagwell were visiting friends and relatives in his boyhood town.
He had been a resident of Grover City since 1937, moving here from Los Angeles where he had been identified with the real estate business and the development of such areas as Culver City over a period of 15 years.
Founded Grover City
Soon after coming here he acquired considerable land on former ranch property, now known as Grover City, which he founded and developed.
The radio and newspaper campaigns he waged unceasingly to attract low-income people to the area he called "Rainbow's End" are still talked about by his friends.
Bagwell has always been a civic leader in the community. He was founder and president of the Grover City Development Co; the fourth honorary mayor of Grover City in 1957; founder of the Grover City Youth Foundation, a charter member of the Los Angeles Realty Board, a member of the Arroyo Grande Rotary Club, the Grover City Civic Association, the Grange, Moose Lodge of Pismo Beach, and the Baptist Church.
For the past 2 years he was inactive in his real estate business, due to illness leaving business affairs to his son, Charles, vice-president of the firm.
While never directly active in politics, his advice was often sought by county and state officials interested in this area.
He is survived by his widow, Sadie, Grover City; 2 sons, Charles, Grover City and Jack Bagwell, Albuquerque, N.M; 2 daughters, Betty Jane Moore, San Gabriel, and Lillian Sambrook, Los Angeles; 2 brothers, V. Jack Bagwell, West Monroe, La. and W. M. Bagwell, Choudrant, La; 2 sisters, Lillian Land, Ruston, La., and Emma Thompson, Shreveport, La; and 8 grandchildren.
Funeral arrangements were handled by the Grensted Funeral Home of Grover City.1,2
He was buried at Arroyo Grande Cemetery, Arroyo Grande, San Luis Obispo County, California.2

Child of Horace Virgil Bagwell and Ethel May Ramsey

Ivy Lee Bagwell was born on 23 January 1894 in Louisiana.1 He was the son of Andrew Jackson Bagwell Jr. and Emma Harriett Gentry. Ivy Lee Bagwell married Eula B. Hadley before 1930. Ivy Lee Bagwell and Eula B. Hadley lived in 1940 in Los Angeles, Los Angeles County, California. Ivy Lee Bagwell died on 29 May 1958 at age 64 Funeral services for I. L. Bagwell, 64, a Valley realtor for 20 years, were conducted yesterday at 3 p.m. (May 31, 1958) from Hollywood Hills, Forest Lawn.
Dr. Scott Brewer, pastor of Encino Presbyterian Church, officiated. Masonic services were conducted at the grave in Hollywood Hills.
Mr. Bagwell, who had been ill for the past six weeks, died Thursday (May 29, 1958) in Good Samaritan Hospital after undergoing chest surgery the day before. His widow, Eula, was president of the Encino Woman's Club this past year. Their home is at 17038 Rancho St., Encino.
A native of Louisiana, Mr. Bagwell came to California 24 years prior to joining Exhibit Homes, whose offices are in Beverly Hills. The firm has building developments in the Valley.
Mr. Bagwell was a 32nd degree Mason and a member of Al Malaikah Temple of the Shrine. He had been active in the management of the Encino Community Center and in its youth activities.
He also was active in the Encino Chamber of commerce and had served as chairman of its streets and highways committee of several years.
He also worked in the West Valley associated Chambers of Commerce.
In addition to his widow, he is survived by three brothers, Horace of Grover City, Ca., William M., of Choudrant, La; Vollie, of Monroe, La; and two sisters, Mrs. Oliver Thompson, Shreveport, La., and Mrs. Otho Land, Rustin, La.
They all attended the funeral services with the exception of Mrs. Land.1 He was buried at Forest Lawn Memorial Park, Los Angeles, Los Angeles County, California.1 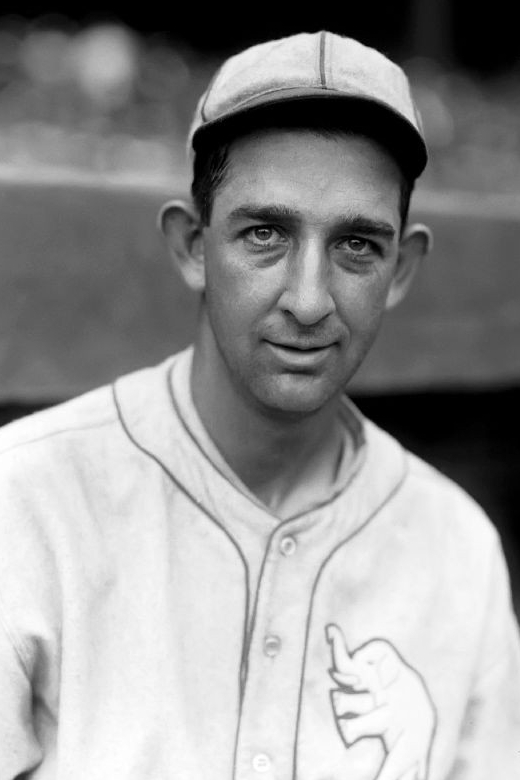 William Mallory Bagwell, aka "Big Bill"
Played professional baseball for the Boston Braves
and for the Philadephia Athletics in the World Series in 1925

The Braves released Bagwell in April 1924. He spent one season in the Texas League, batted .367 with a career-high 37 home runs there, and then returned to the majors in 1925 with the Philadelphia Athletics. Bagwell spent nearly the whole season as a pinch hitter for Philadelphia. He appeared in 36 games and went 15 for 50 (.300) at the plate.

In 1926, Bagwell played for the Pacific Coast League's Portland Beavers. He batted .391 to lead his league in batting average for the third time. In 1927, however, Bagwell's average fell to .292 for Portland. He bounced around various minor leagues for the next few years before retiring from professional baseball after the 1930 season.

In his 11-year career, Bagwell hit .294 in the major leagues and .360 in the minor leagues. He died in Choudrant, Louisiana, in 1976.
He played left field and batted and threw left-handed.


Note:
The Boston Braves was one of the National League's two remaining charter franchises (the other being the Chicago Cubs), the club was founded in Boston, Massachusetts in 1871 as the Boston Red Stockings (not to be confused with the American League's Boston Red Sox or the NL Central's Cincinnati Reds). The team moved to Milwaukee, Wisconsin in 1953 and became the Milwaukee Braves. In 1966, the team moved to Atlanta. The team's tenure in Atlanta is famous for Hank Aaron's breaking of the career home run record in 1974; the new record stood until 2007.

Sidenote: He batted and threw left-handed.3

F, b. 6 February 1900, d. 11 August 1929
Ollie Viola Bagwell was born on 6 February 1900 in Choudrant, Lincoln Parish, Louisiana. She was the daughter of Andrew Jackson Bagwell Jr. and Emma Harriett Gentry. As of after 1915,her married name was Kelly. Ollie Viola Bagwell married James Henry Kelly after 1915. Ollie Viola Bagwell died on 11 August 1929 in Shreveport, Caddo Parish, Louisiana, at age 29 Ollie Viola (Bagwell) Kelly was born Feb. 6, 1900 in Choudrant, Lincoln Parish, La., one of eleven children born to Andrew Jackson Bagwell and Emma Harriet Gentry.
Viola (she was called by her middle name) grew up in Choudrant and graduated from Choudrant High school about 1918 as the valedictorian of her class.
She married James Henry Kelly, also of Lincoln Parish, La., about 1919. A short time after their marriage, they moved to Shreveport, La.
James and Viola had two children: James Henry Kelly, Jr., born Nov. 11, 1922, and Melrose Kelly, born Feb. 15, 1926.
At the young age of 29, Viola became ill and died Aug. 11, 1929, leaving the two children, James Jr., age six, and Melrose, age three. Viola was buried in Forest Park Cemetery East, Shreveport, La.
Prior to the birth of James, Jr., Viola's sister, Emma Lee Bagwell, moved to Shreveport to assist with Viola's first baby. Emma Lee lived with James and Viola.
After Viola died, Emma Lee continued to live in the house to assist James with the children. Emma Lee was married March 22, 1930 to Oliver Thompson. She and Oliver lived with James and his two children for a short time, before moving to an apartment. She was buried at Forest Park East Cemetery, Shreveport, Caddo Parish, Louisiana. 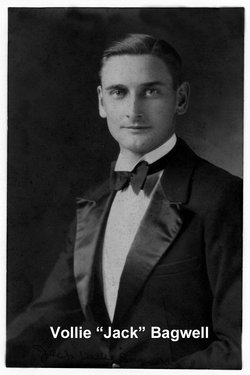