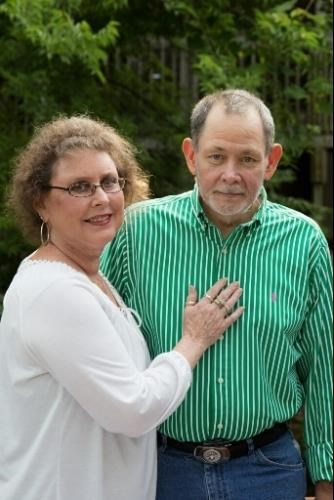 His parents preceded him in death. John’s last years were an inspiration to his family and friends as he bravely battled multiple health issues. He had a sweet relationship with Jesus. He will be forever loved and missed by his family. He will be laid to rest at Veterans Memorial Cemetery on Veteran’s Day. Semper fi.1
He was buried at Alabama National Cemetery, Montevallo, Shelby County, Alabama.

Willie Lee Bagwell Lever, age 98, of Crockett, Texas, passed away peacefully on Sunday, the 20th day of March 2022 at Enchanted Pines. She was born on the 31st day of December 1923, in Friday, Texas, to parents Levi Wilburn Bagwell and Evaline Virgina “Big Mama” Fussell.

Mrs. Lever was born one of eleven children and raised into a family of farmers. She had an eccentric humor about her and found pleasure in telling stories. She enjoyed gardening and was a nature lover. Mrs. Lever loved being outside with all her plants and sharing life with her loved ones. She truly loved life and having fun.

Mrs. Lever enjoyed traveling around Western Europe and lived in Sidney, Australia for a time. She absolutely loved to dance and enjoyed good music, especially George Jones and Willie Nelson. Her way of gracefully moving through life and speaking her mind created much laughter and light heartedness. Her family and friends are forever touched by her vibrant spirit.

The family will honor Mrs. Lever’s life with a private memorial service at a later date.

The family would like to extend their deepest gratitude to Katherine McCall and the team of caregivers, staff, and nurses at Enchanted Pines Assisted Living Facility.

Randy Bagwell is the son of Louie James Bagwell.

Pat Bagwell is the daughter of Louie James Bagwell.

Betty Bagwell is the daughter of Harold J. Bagwell and Betty Louise Peace.


Novie L. Bagwell passed away, September 21, 2021, at her home in Magnolia, Arkansas.
Novie was born, November 23, 1935, in Columbia County to late Glen and Lottie Johnson. She was preceded in death by her husband of 64 years, William R. Bagwell, a daughter, Glenda Sue Bagwell, brothers, Harold Fred Johnson, Robbie Johnson, and Robert Johnson.
She is survived by daughters, Linda Hollensworth (Jim) of El Dorado, Arkansas, Rita Curtis (Dwayne) of Magnolia, Arkansas, and son Jimmy Ray Bagwell (Mitzi) of Coppell, Texas; 11 grandchildren and 16 great grandchildren. She is also survived by a sister Gloria Boyd (Mike) of Magnolia and a host of nieces and nephews.
Novie enjoyed cooking many meals for her extended family and she loved to sew as well and was of the Baptist Faith. She spent many hours in her yard and flower beds. Even this year she and Rita experimented with a vegetable garden. She was employed at AmFuel for many years. Grand kids and great grand kids were always welcome. Her love of pets was always evident with a dog or two around her house and yard.
Visitation with the family will begin at 1:00 PM, Saturday, September 25, 2021, at Lewis funeral Home Chapel with a funeral service to follow at 2:00 PM with Dr. Eric Goble officiating. Burial will follow at Memorial Park Cemetery.
Memorials may be made to CCAPS, PO Box 2003, Magnolia Arkansas 71754.
Pallbearers will be Chris Hollensworth, James Hollensworth, Zach Hutcheson, Cameron Bagwell, Greg Boyd, and Coby Schmittou.