Robert M. Bagwell "Bud", 75, of Greenville, loving husband of Doris Durham Bagwell, died February 14, 2011. Born in Greenville County, he was the son of the late John and Vincie Bagwell. Bud served in the U.S. Marines during the Korean War and retired from Amaco BP. He was a member of The Carpenters Tabernacle. Mr. Bagwell received the Jefferson award for his work with handicapped children. He also received the National School Volunteer award for his dedicated work with the Washington Center. Most of all, he was the most loving husband, Dad, and Grandfather of all times! In addition to his wife, he is survived by seven children, Pam Cassels, Sherry Mantooth, Joy Howard, Debbie Long, Terry Bannister, Tommy Bannister, and Tommy Bagwell; eleven grandchildren; six great grandchildren; and his sister, Martha Reynolds. He was predeceased by a son, Dean Bannister. 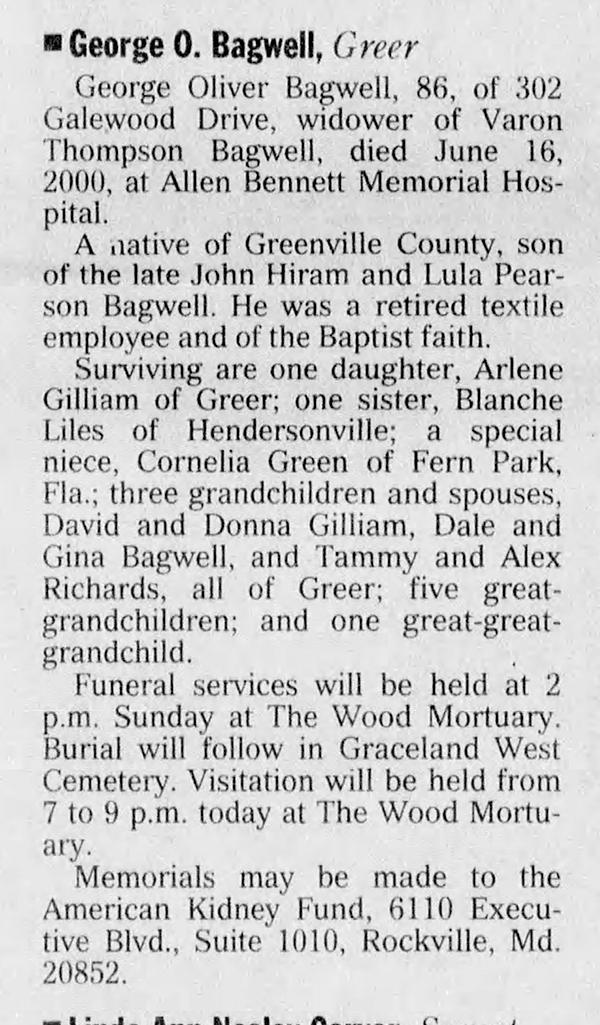 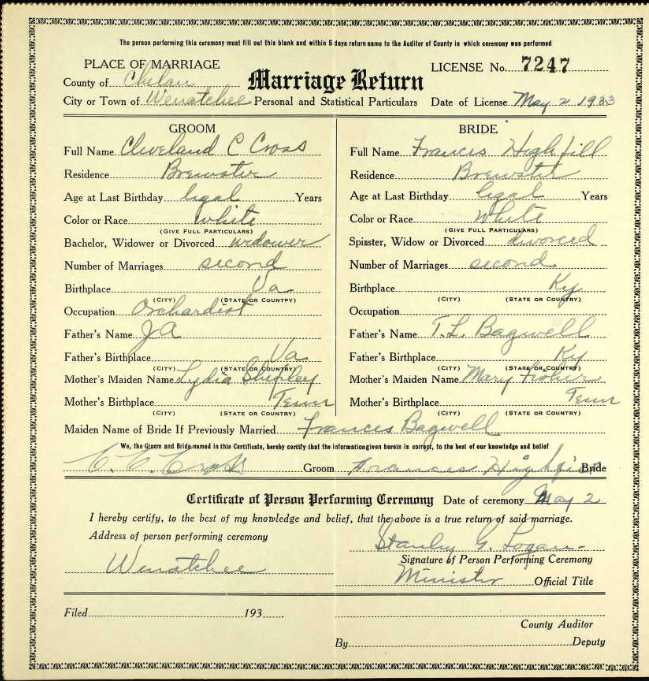 F, b. 1904, d. 30 May 1990
Lona Mae Chaney was born in 1904 in Kentucky. As of 14 October 1923,her married name was Bagwell. She married Carson Ewen Bagwell, son of Thomas Lee Bagwell and Mary Elizabeth Fisher, on 14 October 1923 at Sumner County, Tennessee. Lona Mae Chaney died on 30 May 1990 in McCracken County, Kentucky. She was buried at Woodlawn Memorial Gardens, Paducah, McCracken County, Kentucky.