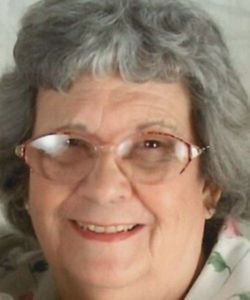 F, b. 12 December 1923, d. 7 May 2014
Hannah Watson Roberson was born on 12 December 1923 in Beaufort County, North Carolina.2 As of after 1945,her married name was Bagwell.1 She married James Frankllin Bagwell Sr., son of Marshall Everett Bagwell and Elizabeth Gertrude Galloway, after 1945.1 Hannah Watson Roberson died on 7 May 2014 in Beaufort County, North Carolina, at age 90

Arlee Bagwell was born circa 1925. She was the daughter of William Cornelius "Neely" Bagwell and Mabel Ola Evans. Arlee Bagwell died before 2001.

On 20 March 1952 Jerry Wiley Bagwell was born to James and Ruby Lee Bagwell. His life was full and joyous, always surrounded by his family. We were blessed because he brought so much happiness and love into our lives. He will always and forever be our "Old Solider." God has now called him from this life into life everlasting. He is now resting in the arms of almighty God. He leaves behind to mourn him a loving wife, Melida Bagwell, 5 children, 15 grandchildren, and 1 great grandchild. The Visitation will be on Sunday March 26, 2017 from 5:00 p.m. to 9:00 p.m. at Kaster-Maxon and Futrell Funeral Home. A Funeral Service will take place on Monday March 27, 2017 at 10:00 a.m. at Kaster-Maxon and Futrell Funeral Home Chapel with the Interment to follow at Restlawn Memorial Park Cemetery with Full Military Honors.
Published in El Paso Times from Mar. 24 to Mar. 31, 2017.1

Children of Aidee A. Perez and Jerry Wiley Bagwell Jr.

M
Andy Bagwell is the son of Jerry Wiley Bagwell Jr. and Aidee A. Perez.