F
Krisha Danielle Bagwell is the daughter of Kendall Lynn Bagwell and Deadra A Reddell. 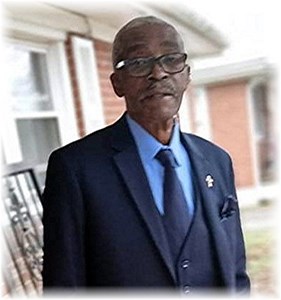 
Kenneth (Pappy) Bagwell, Sr., age 72 departed from this earthly home on Monday, April 11, 2022. Kenneth was born October 1, 1949, in Montgomery county Clarksville, Tennessee to Margaree Bagwell and Finis Dowlen. He was raised by his grandparents Roy and Armintha Bagwell along with his brother Howard Eugene Bagwell. He was raised in the church and came to know Jesus at an early age as a member of Mt. Herman CME in Hickory Point, TN.
He resided in Clarksville, TN until he graduated from Burt High School in 1967. After enlisting in the military in January of 1968 and upon completion of Ranger school he served in Vietnam. He quickly advanced to his rank as Sergeant in August of 1969. After 4 years of service, he was honorably discharged with accommodations. He returned to the U.S. and settled in Louisiana where he met and married Linda Thomas-Bagwell and started a family. She preceded him in death in 1989. He filled several supervisory positions during his career. Some of his most cherished positions included being a foreman at Austin P, Truck driving, and L.A. Joe's which moved him to Louisville, Ky where he was to meet his late wife Kayona Bagwell. They were married from 1991 until her death in 2018.

Kenneth was a loving, caring, and thoughtful man. As he had so many titles, overall he was a friend to everyone. Always trustworthy, dependable, and forgiving, he would never turn his back on anyone. His doors were always open to anyone in need. He took on the fatherly role to those that didn’t have a father. If he was deemed Daddy or Grandaddy he would happily accept the title and played a vital part in so many lives. He has never met a stranger and you would fall in love as soon as you met him. He would give his last to help and if he didn't have it, he would find a way. He would entice you with his endless stories. He could go on for hours about his past adventures and endeavors. He loved to laugh and put a smile on your face. He would tell jokes or one of his crazy stories and make it hard not to feel joy in his presence. His joyful heart and boisterous laughter were sure to brighten anyone's day. He was known by many names, Kenneth, Kenny, Kent, Ken, Pappy, Daddy, and Granddaddy, but his favorite was Big Daddy Pap which would insist was his title. He loved watching his Tennessee Volunteers and would tease anybody whose team would lose, especially when it came to the Cardinals or the Wildcats. He enjoyed a homecooked meal and loved to sneak in porkchop when no one was looking. He was preceded in death by Kayona Bagwell, Margaree Bagwell, Finis Dowlen, Roy and Armintha Bagwell, Howard Eugene Bagwell, Linda Thomas-Bagwell, and Adrian (AJ) Sickles Jr.

The family was the most important to him. After he retired from Hil-Rom at U of L and Jewish hospital he spent the majority of his time taking care of his wife and family. He loved spending time with and around his children and grandchildren. He was a frequent attendee at his grandchildren's sporting events or anything they had going on. Kenneth has left an impact on everyone he’s ever met. While we lay his body to rest his spirit will never die.

F, b. 27 December 1951, d. 10 October 1989
Linda Muriel Thomas was born on 27 December 1951 in Louisiana. She married Kenneth Edward Bagwell, son of Finis Edward Dowlen and Margaretta Bagwell, on 12 November 1969 at Alexandria, Rapides Parish, Louisiana. As of before 1987,her married name was Bagwell. Linda Muriel Thomas died on 10 October 1989 in Harris County, Texas, at age 37. She was buried at Garden of Memories Cemetery, Alexandria, Rapides Parish, Louisiana.