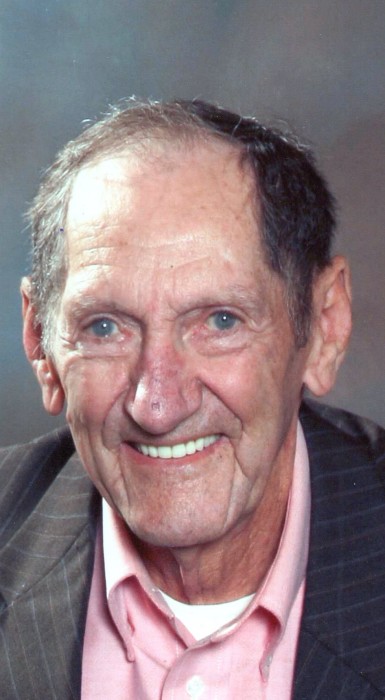 Mr. Bagwell was born April 13, 1931 in Cedar Hill to the late John Lee and Lillian Evans Bagwell, Sr. He was a graduate of Jo Byrns High School Class of 1949. Mr. Bagwell served as a Warrant Officer in the U.S. Army, and he was retired as a Civil Service Communication Operations Specialist. He was a member of Center Point Baptist Church, where he was a former deacon, and was a member of the Cedar Hill Men’s Club. Mr. Bagwell enjoyed fishing and golfing.

In addition to his parents, he was preceded in death by his first wife: Dolores Dempsey Bagwell, by his daughters: Sherree Gail Austin and Lynette Oaks, and by his granddaughter: Cindy Charvis. Mr. Bagwell is survived by his wife: Faye Ellis Bagwell of Springfield, by his sons and daughters-in-law: John Lee and Justina Bagwell, III of Cedar Hill, James and Patti Bagwell of Greensboro, NC, by his sister and brother-in-law: Margaret and Charles Herndon of Greenbrier, by his grandchildren: Tara (Tim) Bissel, Kristina (Jay) Jarvis, Rachel (Dennis) Garrison, Amanda (Blake) Stratton, Michael (Melissa) Charvis, John Lee (Halie) Bagwell, IV, Tyler and Austin Bagwell, and by 11 great grandchildren

If so desired, memorial contributions may be made to St. Jude Children’s Hospital.
He was buried at Bellwood Cemetery, Adams, Robertson County, Tennessee. 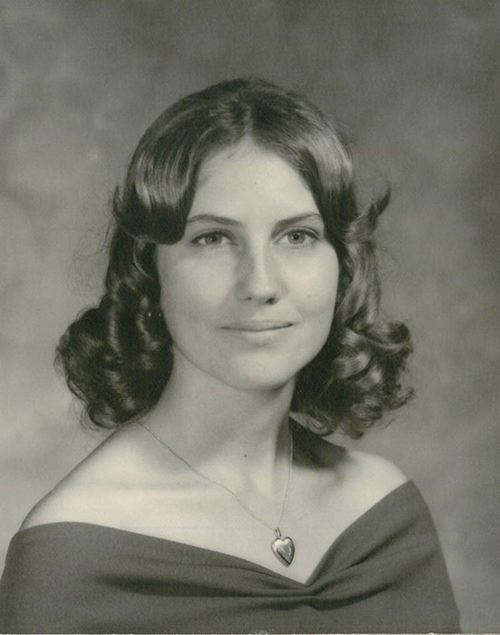 Funeral services will be held Wednesday, June 28, 2017 at 1 p.m. in the chapel of the Austin & Bell Funeral Home in Springfield with Brother Bob Carroll officiating. Burial to follow in the Bellwood Cemetery with family and friends serving as pallbearers.

Mrs. Oaks was born Feb. 9, 1956 in Panama City, Panama to John Bagwell, Jr. and the late Dolores Dempsey Bagwell. She was a nurse and a member of Grace Baptist Church.

In addition to her mother Mrs. Oaks is preceded in death by her husband, Clifton Oaks, her sister, Sherree Austin and her daughter, Cynthia Lee Charvis.

In addition to her father Mrs. Oaks is survived by her son, Michael (Melissa) Charvis of CA; brothers, John (Justina) Bagwell, III of Cedar Hill and Jim Bagwell of Greensboro, NC; and grandson, Jackson Charvis.

If so desired memorial contributions may be made to the Cystic Fibrosis Foundation. Any donations may be sent in c/o Austin & Bell.


She was buried at Bellwood Cemetery, Adams, Robertson County, Tennessee.

F, b. 24 August 1932, d. 24 September 2021
Mary Catherine Harned was born on 24 August 1932 in Lebanon Junction, Bullitt County, Kentucky. As of after 1946,her married name was Bagwell. She married William Chester Bagwell, son of John Lee Bagwell and Lillian Evans, after 1946. Mary Catherine Harned died on 24 September 2021 in ELizabethtown, Hardin County, Kentucky, at age 89


Mary Catherine Harned Bagwell, 89, of Boston passed away Friday, September 24, 2021, at Signature Healthcare of Elizabethtown. She was born August 24, 1932, in Lebanon Junction to her parents, William Curtis and Julia Maraman Harned.

Catherine retired from Jim Beam Distillery and was a member of Mt. Moriah Baptist Church.

She was preceded in death by her husband, William Chester Bagwell; her parents; and daughter in laws, Donna and Connie Bagwell.

Cremation was chosen with burial Mount Moriah Baptist Church Cemetery and a memorial service to be held at a later date. Trowbridge Funeral Home in Boston has been entrusted with the arrangements.

She was the former Connie F. Wolford. A native of Bardstown, she was formerly a material management technician for Hardin Memorial Hospital in Elizabethtown. She was a member of Mount Moriah Baptist Church.

She was preceded in death by her father, Kenneth E. Wolford; her father-in-law, Chester Bagwell; and a sister-in-law, Donna K. Bagwell.

The funeral is at 11 a.m. Saturday, Sept. 7, at Mount Moriah Baptist Church in Boston with the Rev. Darren Wolford officiating. Burial follows in the church cemetery.

Visitation is from noon to 8 p.m. Friday at Kappel Funeral Home, Boston Chapel, and continues at 9 a.m. Saturday at the church.

Expressions of sympathy may take the form of contributions to Hosparus of Nelson County.

Kappel Funeral Home in Boston is in charge of arrangements.
She was buried at Mount Moriah Baptist Church Cemetery, Boston, Nelson County, Kentucky.

Born in Greenville, he was the son of the late Lumis Carl Bagwell,Sr and Dollie Owen Batson.

Mr. Bagwell served in the United States Army. He was a charter member of Oak Crest Baptist Church and a Past Master of the Brandon Masonic Lodge #279, formerly Judson Masonic Lodge.

LC was the owner of Bagwell and Davis Office Machines.

In addition to his parents, he was preceded in death by his first wife, Barbara Ann Bagwell.

The family would like to thank special caregiver, Theresa Roberts for her love and care.

In lieu of flowers, memorials may be made to Meals on Wheels, 15 Oregon St, Greenville, SC 29605, or a charity of one's choice.

A private burial will be held on Thursday, April 9, in Graceland West Cemetery.

LC's family encourages those at home to share your condolences on LC's obituary tribute wall and send a "Hug from Home" by visiting www.thomasmcafee.com. He was buried on 9 April 2020 at Graceland West Cemetery, Greenville, South Carolina. 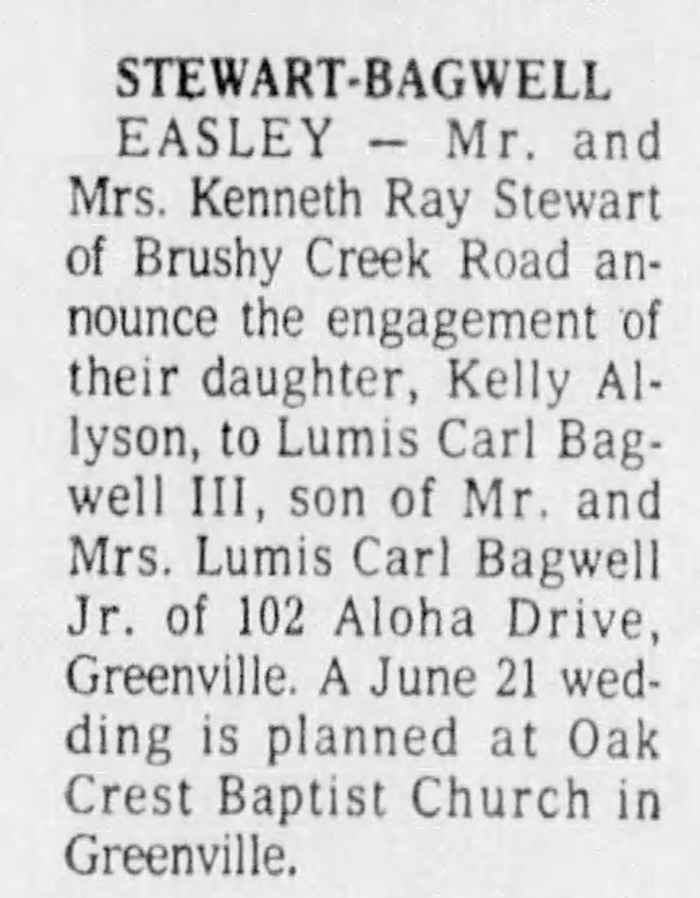 Mr. Bagwell was retired from DuPont SRS and he was a member of South Aiken Presbyterian Church. He was a magician (Order of Merlin) and a member of the International Brotherhood of Magicians, Ring 184, Augusta, Ga.

He is survived by his wife; one son; three daughters; nine grandchildren; one great-grandchild; his mother; and one sister.