F, b. 12 February 1923, d. 5 April 2011
Rose Mary Rogers was born on 12 February 1923 in Headland, Henry County, Alabama. As of after 1945,her married name was Bagwell. She married Ralph Bagwell, son of Middleton Marchman Bagwell and Lela Speigner, after 1945. Rose Mary Rogers died on 5 April 2011 in Alabama at age 88. She was buried at Headland Methodist Cemetery, Headland, Henry County, Alabama.

Lucille Elisabeth Bagwell is the daughter of James Frank Bagwell and Lucille McCrary. 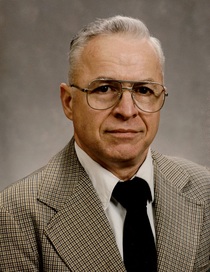 He proudly served in the U.S. Army and retired with over 40 years of service as a meat cutter with the Fred W. Albrecht Grocery Company. He was a member of Temple Baptist Church and Barberton Masonic Lodge #750 and was an avid collector of antique engines.

Richard was preceded in death by his brother, David. He is survived by his loving wife of 53 years, Janet; sons, Richard and Timothy Bagwell; granddaughters, Tina (Ray) Colegrove and Beth Bagwell; four great grandchildren; and many other family and friends.

Funeral service will be held at 11 a.m. on Wednesday, February 3, 2016 at the Schermesser Funeral Home, 600 E. Turkeyfoot Lake Road, Akron, Ohio 44319 (SR619) with Rev. Glenn Rogers, Jr, Rev. Curt Hecker and Rev. Mike LaMar officiating. Family and friends may call on Tuesday, from 5 to 8 p.m. at the funeral home. To leave a special message online for the family, visit our website at www.schermesserfh.com.
He was buried at Ohio Western Reserve National Cemetery, Rittman, Medina County, Ohio.

Persephoni Yates is the child of Matthew Spencer Yates and Brittany Kay Bagwell.1

M, b. circa 1847
Joseph H. Bagwell was born circa 1847 in Arkansas. He was the son of William Bagwell and Nelly McVay.

M, b. circa 1849
Aaron Bagwell was born circa 1849 in Arkansas. He was the son of William Bagwell and Nelly McVay.