Susan Crow Bagwell, age 78, of Lake Toxaway, NC entered the kingdom of Heaven on August 12, 2020 after an extended illness of ALS and now is in the presence of our Lord and Savior Jesus Christ.

She died peacefully as her body gave way to victory and she died with gratitude for a life blessed by dear family and friends. George and she were grateful for the many prayers to sustain them through her illness.

Susan was born on May 9th, 1942 in Clarksville, TN. She graduated from Clarksville High School in 1960 and continued her education at Lindenwood College and Vanderbilt University. While attending Vanderbilt, she was an active member of Kappa Delta Sorority.

On December 28th, 1963, she married George Earle Bagwell III and moved to Montgomery, AL where she resided for 50 years. Susan was a devoted Christian and an active member of First United Methodist Church. She was active in community affairs and was a FUMC church volunteer where she served in many capacities, among them, The Administrative Board, Board of Trustees, the Building Committee and the Interiors Committee.

Susan and George became a part of the Lake Toxaway, NC community in 2002 where they became active members of Lake Toxaway United Methodist Church. They became permanent residents in 2013. She volunteered in all capacities and welcomed everyone she met with exceeding hospitality. No one was a stranger to Susan. She loved nature in its every presentation and was never far from a garden.

Susan was preceded in death by her parents, Horace Stout Crow and Bessie Bryan Crow, her brother, Bryan Crow of Clarksville and her parents-in-law, George Earle Bagwell, Jr. and Margaret Hannon Bagwell of Montgomery. She is survived by her husband, George, her daughters Elizabeth Ficken (Wade) of Cary, NC and Catherine Hook (Hampton) of Montgomery, AL, her grandchildren, Will Ficken (Sarah) of Atlanta, GA, Emily Nelsen (Chris) of Cary, NC, Forrest Hook and Sarah Catherine Hook of New York, NY, and George Hook of Montgomery, AL, and her great-grandchildren Claire and Caleb Ficken and Brooks Nelsen. She is also survived by her brother Wally Crow of Clarksville, TN, sister-in-law, Dawn Crow of Clarksville, TN, brother-in-law, Woody Bagwell (Sara) of Montgomery, AL, sister-in-law, Tempie Sharley (Todd) of Birmingham, AL and many cousins, nephews and nieces whom she loved very dearly. 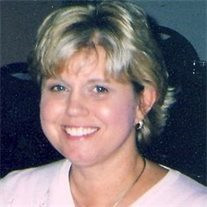 Debra Byars Bagwell, 53, of Inman, died Friday, April 2, 2010, at the Spartanburg Regional Hospice Home. Born August 1, 1956, in Cherokee County, SC, she was the daughter of Vivian Smith Byars of Glendale and the late Howard R. Byars.

A graduate of Spartanburg Community College and USCS-Mary Black School of Nursing, she was a Registered Nurse at Spartanburg Regional Medical Center with 24 years of service where she was the recipient of the Shining Star Award. She was a member of Boiling Springs First Baptist Church.

Surviving in addition to her mother is her husband, Frank "Matt" Bagwell, Jr; two sons, Matthew Bagwell and Byars Bagwell, both of the home; a brother, Richard Byars and wife Lynn of Pacolet Mills; a sister, Tonda Bailey and husband Ran of Cowpens; a brother-in-law, Bruce Lawson of Woodruff; nieces and nephews, Rick and Mary Lawson and their children Tristan and Paige, Cassidy and Les Duggins and their son Finley, and Tres Bailey; a special aunt and uncle, Buddy Wayne and Peggy Owens of Blacksburg; and an aunt, Betty Sanders of Summerville. She was predeceased by a sister, Vickie Lawson.

Visitation will be 6:00-8:00 p.m. Sunday, April 4, 2010, at Floyd's Greenlawn Chapel. Funeral services will be held at 4:00 p.m. Monday, April 5, 2010, at Glendale Baptist Church conducted by the Rev. Scott Linnerud and the Rev. Daniel Blackwell. Entombment will be in Greenlawn Memorial Gardens Heritage Chapel Mausoleum.

F, b. 9 April 1902, d. 19 December 1951
Rose Lee Hamilton was born on 9 April 1902. As of after 1915,her married name was Bagwell. She married Wade Fields Bagwell, son of Marcus B. Bagwell and Emmaline "Emily" Conly, after 1915. Rose Lee Hamilton died on 19 December 1951 in Hendersonville, Henderson County, North Carolina, at age 49. She was buried at Holly Springs Baptist Church Cemetery, Henderson County, North Carolina.