Funeral services were conducted this morning for Robert Edgar Bagwell, 82, who died at this home on Liberty Street Saturday afternoon after an illness of several years.

Mr. Bagwell was a prominent South Christian farmer for most of his life. Seven years ago he sold his farm to the federal government and moved to Allensville, where he stayed for three years before returning to Hopkinsville.

The deceased was born in Montgomery County, Tenn., but spent practically all of his life in Christian. In 1893, he married Lula Boyd of his county who survives him. Also surviving are three brothers, J.G. Bagwell of Allensville, P.G. Bagwell of Nashville and N.O. Bagwell of this city, and a number of nieces and nephews.

He was buried at Riverside Cemetery, Hopkinsville, Christian County, Kentucky.1

Funeral services will be at 2 pm at Russellville. Burial will be in Riverside cemetery here.

His wife, Mrs. Pauline Bagwell died about 10 years ago.

Surviving are a brother, James Bagwell of Allensville, and several nieces.


He was buried at Riverside Cemetery, Hopkinsville, Christian County, Kentucky.1

Barbara Bagwell Trail, 85, went to be with her Lord on Monday, September 7, 2020 at Kitty Askins Hospice Center.

Barbara was born in Mount Airy on November 26, 1934 to the late Cecile and Carl Lee Bagwell. She was married to the late David Martin Trail. Barbara was a member of Daniels Memorial United Methodist Church.

Barbara will be remembered by many as a well-known and accomplished artist from Goldsboro that was often inspired by her love of gardening and nature. She was awarded many awards for her excellence in art. Barbara was a wonderful wife, mother, and grandmother. She will always be loved by her children and grandchildren and will be greatly missed by those who knew and loved her as MeMa.

The family will receive friends on Wednesday, September 9, 2020 from 2:00 - 3:00 p.m. in the fellowship hall of Daniels Memorial United Methodist Church followed by a service to celebrate Barbara’s life at 3:00 p.m. in the sanctuary with Pastor Joy Howell officiating. Barbara will be inurned at a later date in Arlington National Cemetery with her husband.

In addition to her husband and parents, she was preceded in death by her son, Marcus Trail.


Billy Lee Bagwell, 83, of Spartanburg, went to his eternal resting place to be with his Lord and Savior on Saturday, January 16, 2021. He was in the comfort of his own home with his wife of 58 years, Barbara Gail Bagwell, by his side.

Bill was born on May 11, 1937 in Lumberton, North Carolina and raised in Goldsboro, NC. He was the son of the late Carl Lee Bagwell and Cecile Cox Bagwell.

Bill graduated from Goldsboro High School in 1956 and was a U.S. Army veteran. He was a member of Fernwood Baptist Church in Spartanburg, SC. In 1962 he founded Bagwell Fence Company in Spartanburg, SC. He worked to create a business that would support his family and serve the surrounding community. He built his company on integrity and loyalty to his employees and customers. He believed in hard work and doing things right. He had a high standard for the people around him, but his highest standard was for himself. Bill was a member of the American Fence Association and served as President of the organization in 1976.

His retirement years were spent in Garden City, SC where he enjoyed swimming, biking, and most of all delicious seafood meals with his wife, their children and grandchildren. Bill and Barbara loved being at the beach and hosting family and friends. His family was the center of his life’s work.

Sue Bagwell is the daughter of Carl Lee Bagwell and Cecil Mildred Cox.1 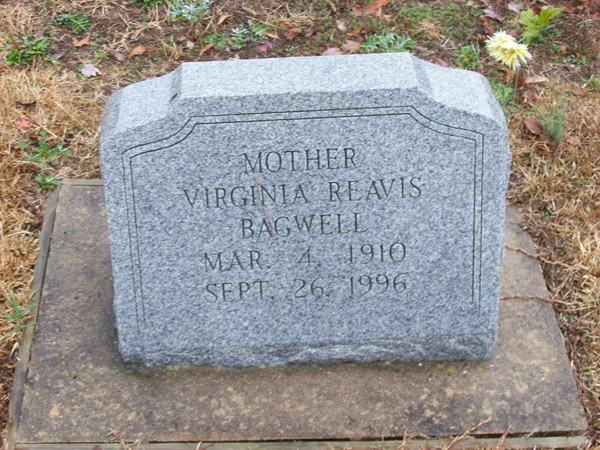