Sydney Johnson is the son of Guy Newton Johnson and Connie (?)

Harold Johnson is the son of Guy Newton Johnson and Connie (?)

Paul Johnson is the son of Paul Larkin Johnson and Bessie Lula McGowan.

Autrey Johnson is the son of Paul Larkin Johnson and Bessie Lula McGowan. 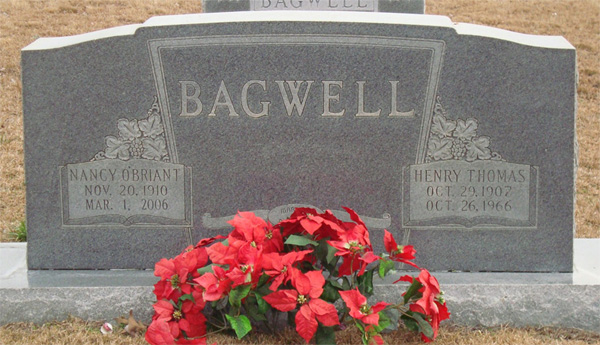 Children of Major Pleasant B. Bagwell and Nancy Morrow


February 5, 1898---One of the oldest ladies in this section dead. Was generally beloved. Mother of a large family, and connected with some of the prominent families of this vicinity

For some time Mrs. Nancy Bagwell, one of the oldest ladies of this section, has been lying at the point of death, suffering from afflictions incident to old age, at the home of her son-in-law, Mr. Sam Wilkerson, of the Port Royal neighborhood. The end came this morning at 7:00.

Mrs. Bagwell was 88 years old and had spent her long life of almost four and one half score in this county. Her maiden name was Morrow and she was related to a number of the most prominent families in this portion of the state. The death of this Christian old lady removes one of the beloved women who ever resided in this section. Her life was one of Christian work and godly example. This incomplete mention of her death will by no means do her justice, for in her were combined all the attributes of a good woman. She was the grandmother of Mrs. James Hord, of this city and left behind a number of children and grandchildren and other relatives in this locality.

The funeral services will be conducted by Revs. Gardner and Free at McAdoo church tomorrow about noon and the interment will be at the Bagwell burying ground (Pleasant Bagwell Cemetery) near the church. Deceased has been a constant member of the Cumberland Presbyterian church for over half a century.

Obit sent to me from Suzan Gordon.1


She was buried at Bagwell Cemetery, Clarksville, Montgomery County, Tennessee.1

Children of Nancy Morrow and Major Pleasant B. Bagwell 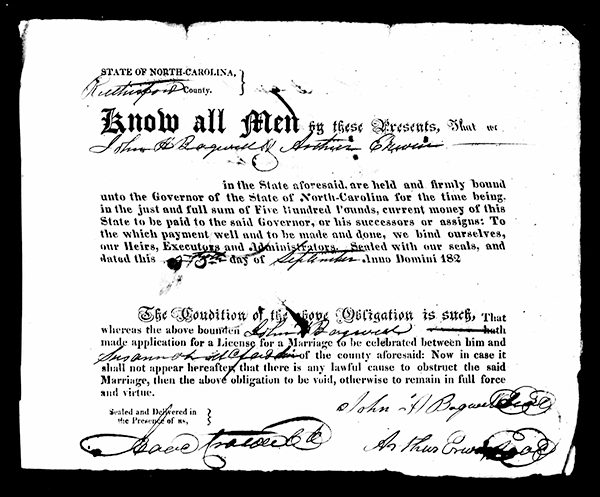 2nd (Morgan's) Cavalry Regiment was organized during the summer of 1862 using Morgan's Kentucky Cavalry Squadron as its nucleus. The unit contained men from Kentucky, Texas, Mississippi, and Alabama. It served in Morgan's Brigade and was active in Tennessee, Kentucky, and Ohio. Many were captured in the conflict at Buffington Island on July 19 and the remaining part at New Lisbon on July 26, 1863. The regiment was not reorganized. Its field officers were Colonels Basil W. Duke and John H. Morgan, Lieutenant Colonels James W. Bowles and John B. Hutcheson, and Majors G.W. Morgan and T.B. Webber. William Morrow Bagwell died on 17 February 1916 in McCracken County, Kentucky, at age 85 and died of stomach ulcers.1 He was buried at Oakland Cumberland Presbyterian Cemetery, Sharpe, Marshall County, Kentucky.1

Funeral services for Mrs. Lera Eckley Bagwell McShane Matthews, 94, a resident of Parkview Manor, were held Friday afternoon Jan 20, from Hubbard Funeral Chapel, with burial in Masonic Cemetery. Rev. D. L. R. McDougle officiated.
Mrs. Matthews died at 4 p.m. Jan. 18 in Youens Memorial Hospital where she had been a patient for two weeks. She had been ill for about a month.
Born Nov. 26, 1883, in McCracken County, Kentucky, she was the daughter of Albert and Arvia Zina(sic) Eckley Bagwell. She was married to Horace McShane on Feb. 23, 1913, in Paducah, Kentucky, and to Ernest Matthews on April 6, 1929, in Riverside California. She lived in California from 1921 until moving to Texas in 1968, and had lived in Weimar the past three years.
She is survived by a daughter and son-in-law, Mr. and Mrs. E.V. (Sparky) Brock of Weimar, a granddaughter, Mrs. Darlene Ctvrtlik of Houston; five great-grandchildren, Lisa, Tom and Marsha Ctvrtlik of Houston and Scott and Jennell Smith of California; and a brother Otto Bagwell of San Bernardino, Calif.
Preceding her in death in addition to her two husbands were a brother, four sisters and a granddaughter.

F, b. 1893
Newa Bagwell was born in 1893 in Kentucky. She was the daughter of Pleasant Albert Bagwell and Arvazina Eckley. 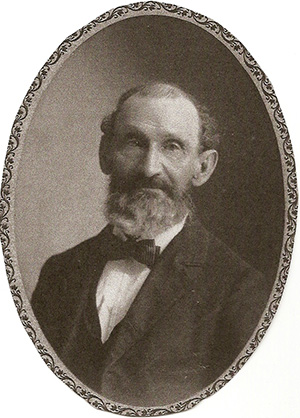