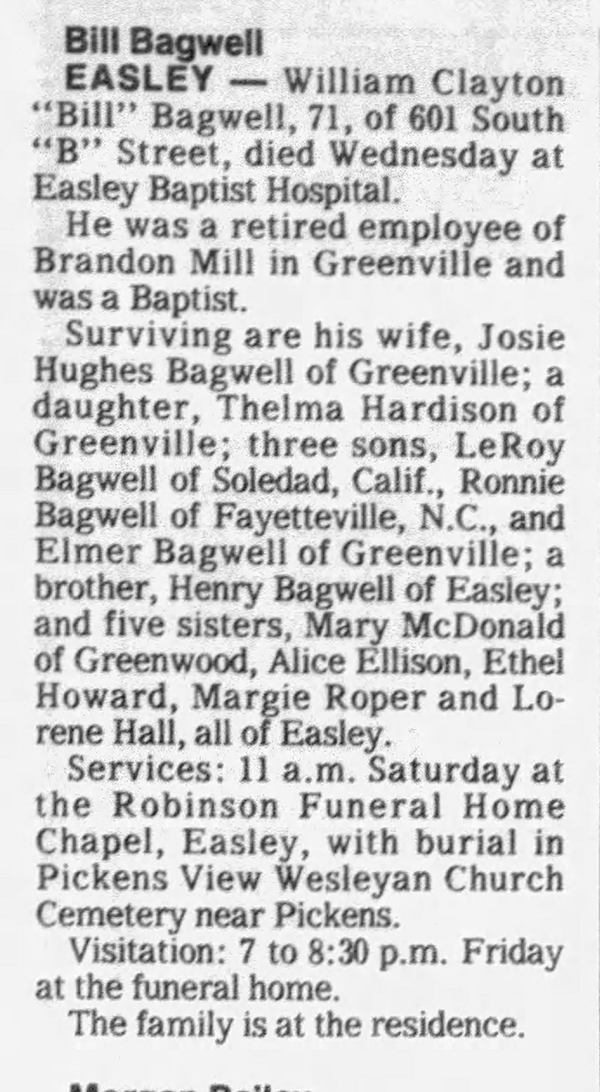 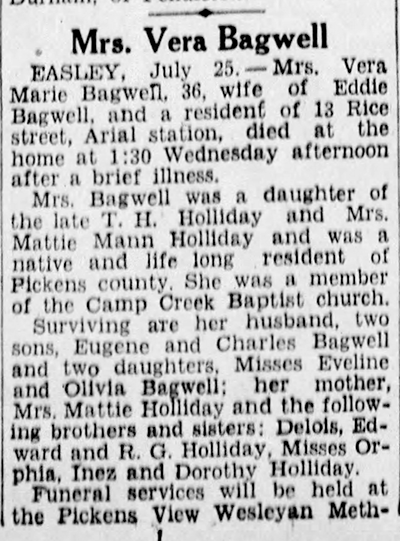 M, b. circa 1839
James S. Perry was born circa 1839. He married Amanda R. Bagwell, daughter of Lorenzo Dow Bagwell and Agnes Elizabeth Morrison, after 1850.