M, b. circa 1852
Joseph Briggs was born circa 1852 in Illinois. He married Cynthia Ellen Bagwell, daughter of William Bagwell and Mary A. Johnson, before 1880 at Cooper County, Missouri.

F
Cornelia Bagwell is the daughter of Sterling Bagwell and Mary Turnley. 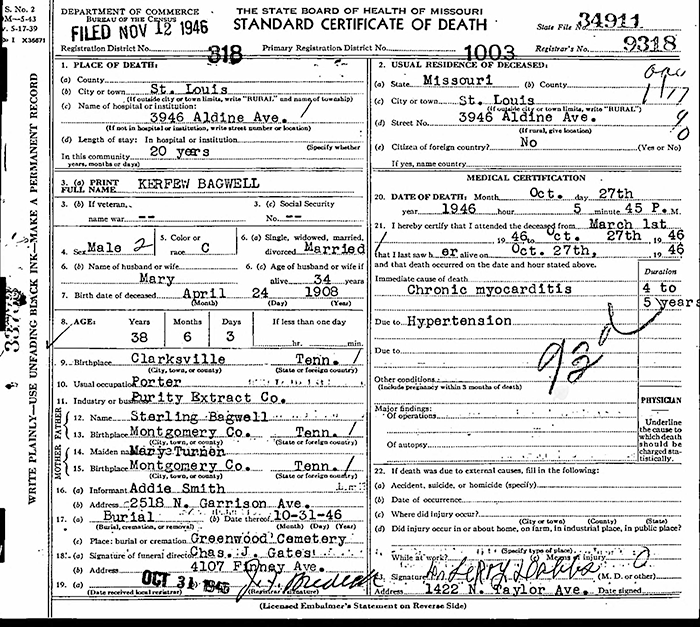 She was a member of Eastside Baptist Church.


Susan Christine Kittle, age 42, of Mt. Olive, passed away on August 18, 2018. She was preceded in death by her mother, Sandra Jo Bagwell; and her brother, William Christopher Bagwell. She is survived by her husband, Lee Andrew Kittle; her children, Jacob Bean and Maddie Bean; her grandmother, Frances Bagwell; her father, William Bagwell; her sister, Jennifer Bagwell Arnold; and her niece, Macy Arnold. Funeral service will be held on Thursday, August 23, 2018 at 12pm at Jefferson Memorial in Trussville. A visitation will begin one hour prior to the service.