Burial will be in Edgefield Benevolent Lodge #1 Cemetery. Visitation will be from 11 a.m. to 4 p.m. Friday at Foston Funeral Home. A Celebration Service will be held 6 pm to 8 pm Friday at Mt. Olive Missionary Baptist Church 801 E. 4th Street Hopkinsville, Ky. with family present. Foston Funeral Home is in charge of arrangements.

He was born January 13, 1928 in Clarksville, TN. The son of James Bagwell, Sr., and Otha Mae Northington Bagwell. The husband of Emma P. Betty Barton Bagwell.

He was buried on 21 March 2009 at Edgefield Benevolent Lodge Cemetery, Montgomery County, Tennessee.1

Funeral Services were held at Edgefield Missionary Baptist Church, and burial was in Benevolent Lodge #1 Cemetery.


Original obituary in The Leaf Chronicle on January 15, 2017.1
He was buried on 17 January 2017 at Edgefield Benevolent Lodge Cemetery, Montgomery County, Tennessee.1 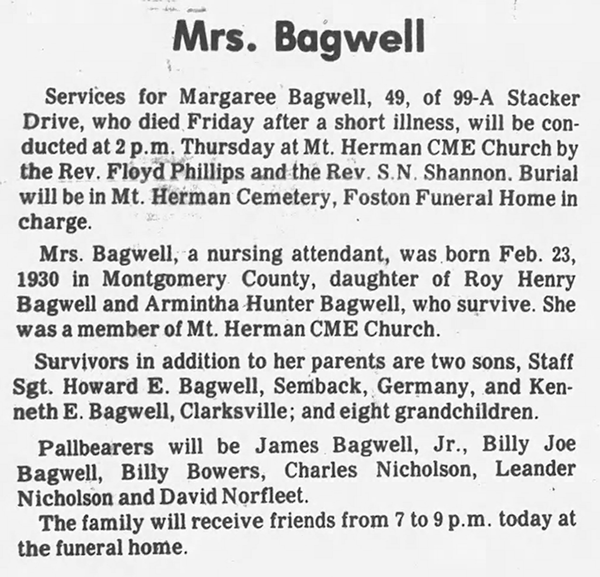 F, b. June 1888
Nellie Bagwell was born in June 1888 in Tennessee. She was the daughter of Sterling Bagwell and Mary Turnley.

F, b. 1 April 1891, d. 31 October 1953
Dixie Bagwell was born on 1 April 1891 in Clarksville, Montgomery County, Tennessee. She was the daughter of Sterling Bagwell and Mary Turnley. As of after 1910,her married name was Roberts. Dixie Bagwell married (?) Roberts after 1910. Dixie Bagwell died on 31 October 1953 in Saint Louis, St. Louis County, Missouri, at age 62. She was buried at Greenwood Cemetery, Hillsdale, St. Louis County, Missouri. 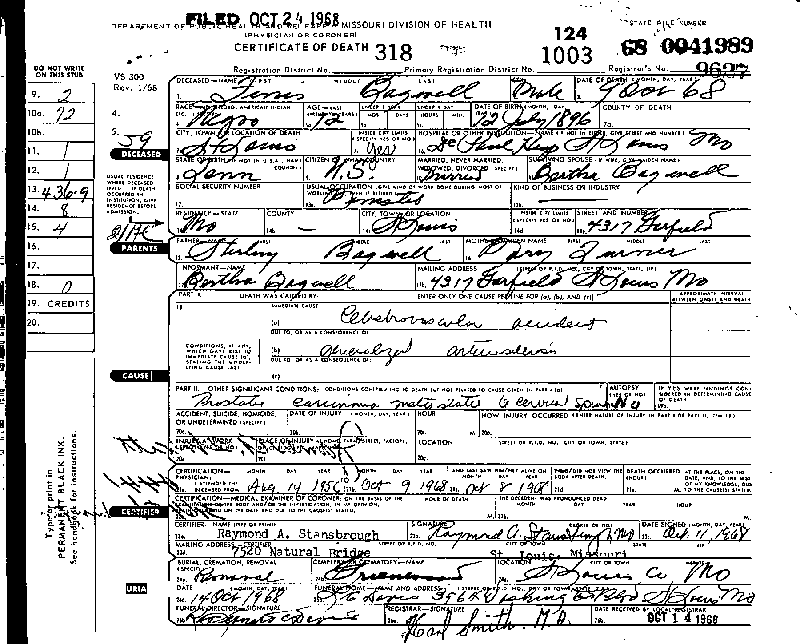 M, b. May 1895
Shelton Bagwell was born in May 1895 in Tennessee. He was the son of Sterling Bagwell and Mary Turnley. 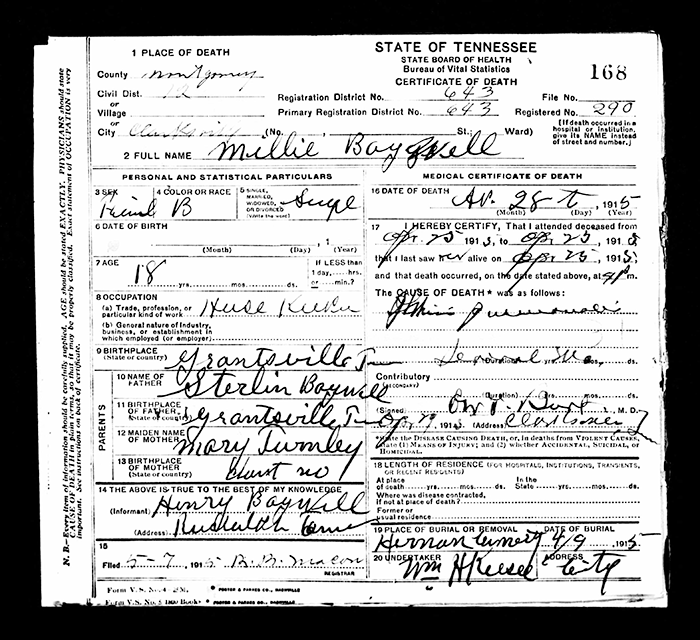 M, b. circa 1880
Ephram Manson was born circa 1880. He married Millie Bagwell, daughter of Sterling Bagwell and Mary Turnley, in 1902 at Montgomery County, Tennessee.