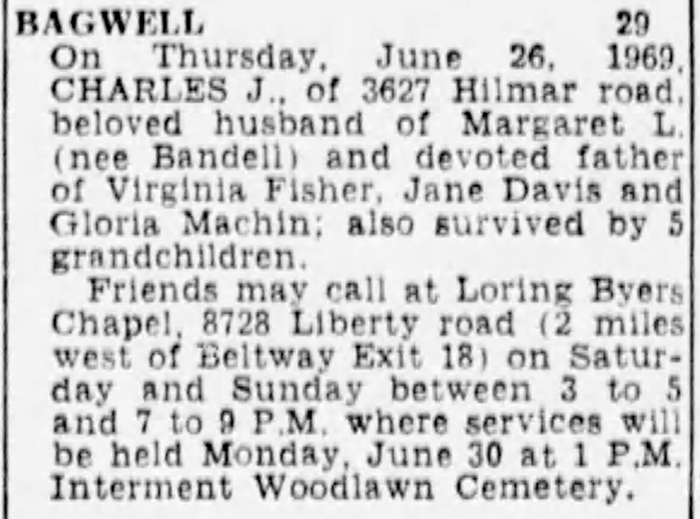 F, b. October 1896
Lizzie E. Bagwell was born in October 1896 in Virginia.1 She was the daughter of George William Bagwell and Mary Virginia Wyatt.1

F, b. 6 August 1908, d. 26 March 2011
Kathleen Bagwell was born on 6 August 1908 in Franktown, Northhampton County, Virginia.1 She was the daughter of George William Bagwell and Mary Virginia Wyatt. Kathleen Bagwell died on 26 March 2011 in Virginia at age 102
Kathleen Bagwell Powell, 102, of Williamsburg, Va., passed away Saturday, March 26, 2011.
She was the youngest of eight children of the late Mary Wyatt and George William Bagwell. She was born in Franktown, Northampton County, Va., and was the wife of the late Forrest T. Powell.
She attended Fredericksburg State Teachers' College. She was a life member of Franktown United Methodist Church. She remained a faithful and active member and served on the administrative board and represented that charge at their annual conference. Mrs. Powell was the pianist for the Hamilton Men's Bible Class for over 25 years. She helped out in teaching Sunday school and Bible studies. She was a longtime member of the UM Women and held different offices and gave book reports. She joined Warwick Memorial United Methodist Church as an affiliate member in 1986. She sang in their choir as she had previously done at Franktown United Methodist Church. She joined the Ardelle Lett Circle, was program chair for two years and a representative to the committee on membership.
Mrs. Powell is survived by one daughter, Joyce P. Sawyer and her husband, Robert of Williamsburg, Va; a granddaughter, Cynthia Sawyer Hart and her husband, Christopher of Alexandria, Va; one grandson, Robert Keith Sawyer and his wife, Barbara of Swansea, Ill; and nine great-grandchildren.
She was preceded in death by her three sisters and four brothers.
A funeral service will be held at 11 a.m. Saturday, April 2, 2011, at Franktown United Methodist Church in Franktown, Va., with the Rev. Alex Joyner and the Rev. Bill Davidson officiating. Interment will follow in Franktown Cemetery. She will be dearly missed by her loving family and friends.
Flowers will be accepted or donations may be made to Franktown United Methodist Church, P.O. Box 130, Franktown, VA 23354; or Warwick Memorial United Methodist Church, 38 Hoops Rd., Newport News, VA 23602.
Funeral arrangements are by the Holland Funeral Home in Nassawadox, Va. Published in Daily Press from March 29 to March 30, 2011.1
She was buried at Franktown Cemetery, Franktown, Northhampton County, Virginia.1 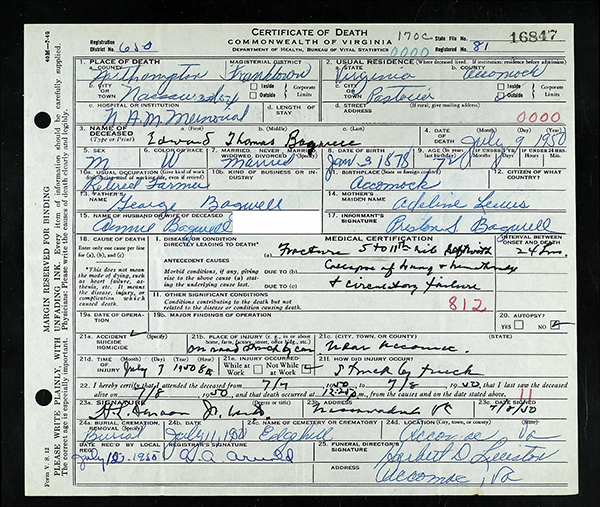 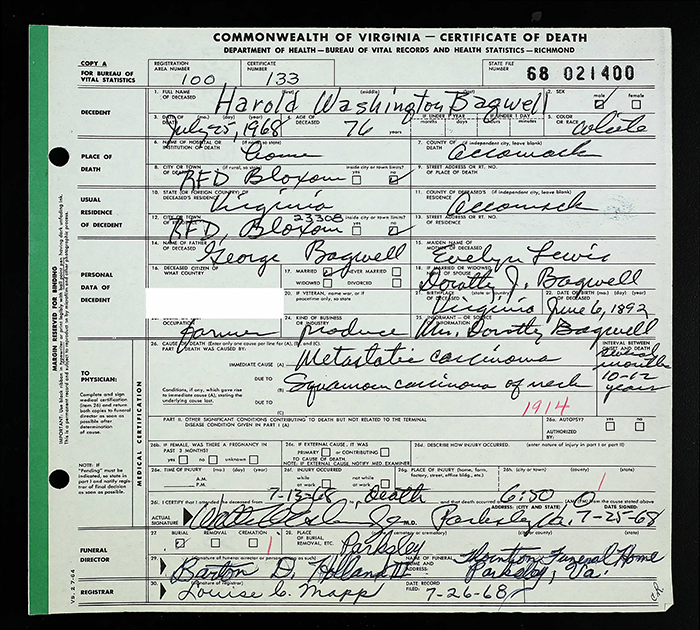 Nicholas Deveaux was born in 1620 in Artois, Pas-de-Calais, Nord-Pas-de-Calais, France. He married Susanne Francois after 1635. Nicolas De Vaux, his wife, Marie, their oldest child, Abraham, and his younger brother, Daniel, "came in the company with several other French refugee families, many of whom had, at an earlier period, fled to Mannheim, Germany. When this place (Mannheim) was invaded by Louis XVI, the family of Nicolas and others escaped to England. In 1674, they accompanied Sir Edmund Andros, the second Governor of New York, across the ocean. Nicholas Deveaux died in Harlem, Yorkshire, England. 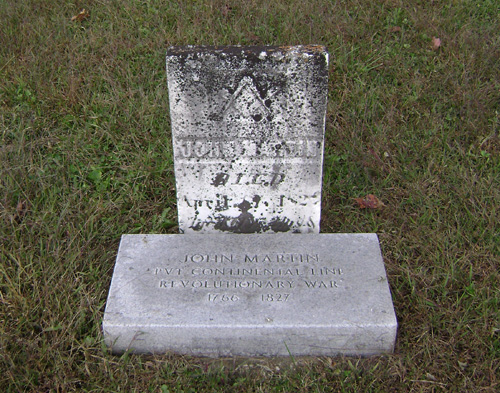 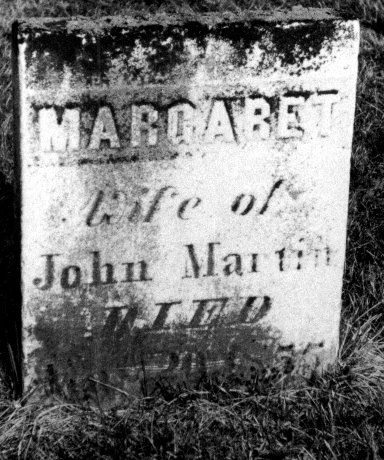