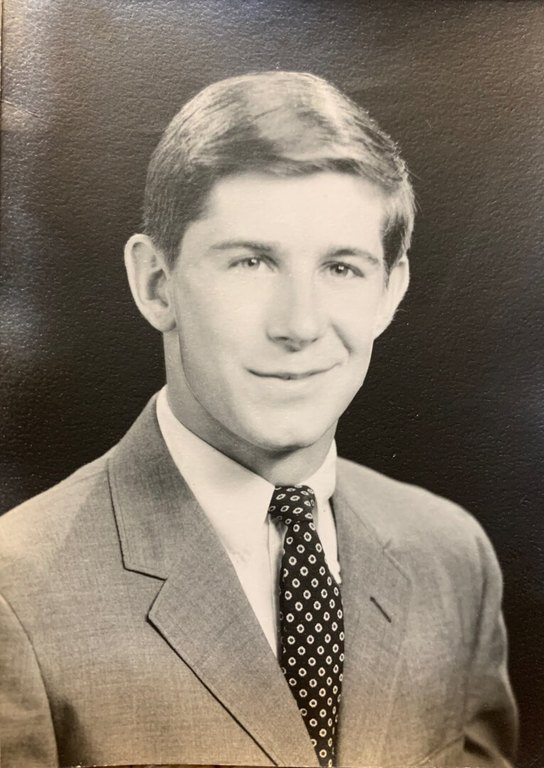 
Larry Edward Bagwell, Jr., (Eddie) was born in Raleigh, NC, on September 24, 1944 and passed away March 4, 2020, after enduring a long battle with acute myeloid leukemia. He was preceded in death by his parents, Larry Edward Bagwell, Sr. and Hasseltine Shipman Bagwell.

The oldest of three children, Eddie is survived by his brother, Ronnie Rucker Bagwell (wife, Arlene) and sister, Jill Bagwell (McDaniel) Kirby (husband, Ken), all of Raleigh, NC. Although Eddie did not have children of his own having been married in his younger years, he is also survived by his two nieces, Courtney McDaniel Farfour (Patrick and sons, Wells and Emerson) of Raleigh, NC, and Sydney McDaniel Jamison (Rob and children Drew, Mary Wyndham and Charlie), of Raleigh, NC; and niece, Michelle B. Mosher of Delmar Maryland (children, Mackenzie, Jensen and Savannah), all of whom he loved very much.

Eddie graduated from UNC-Chapel Hill in 1966, earning his B.A. degree in history. He was a proud member of Phi Delta Theta Fraternity where he made many lifetime friends. After graduation, he served in the U.S. Coastguard Reserves. He went to work with New England Mutual and Mass Mutual Life Insurance Co.

Eddie enjoyed playing golf and watching sports, especially UNC basketball. He was a long-time member of the Raleigh Downtown Lions Club. He also enjoyed his church family at Hayes Barton United Methodist Church where he was a member since he was six years old. Eddie was very kind to others and would "give you his shirt off his back" to help you out. His participation in Danny Lotz' bible study was very meaningful to him.

A memorial service will be held on Friday, March 13, 2020, at 11:00 A.M. at Hayes Barton United Methodist Church, 2209 Fairview Road, Raleigh, NC 27608, with a reception to follow in the Fellowship Hall. The family will have a private interment at a later date at Bagwell Cemetery.

The family would like to thank Transitions' Life Care, Rex Cancer Center and Lineberger Cancer Center for their kindness, love and support for the last two years. Also appreciated are the prayers and support from all their dear friends.

Arrangements are being handled by First Cremation Society. Online condolences may be made to www.firstcremation.com
Published by The News and Observer on Mar. 8, 2020.


He was buried at Bagwell Cemetery, North Carolina.

Child of Lynn (?) and Terry Bagwell

The family will receive friends on Monday at the church between the hours of 10:00 & 11:00 AM, and at other times at the family residence.

Having received his PhD from the University of Southern Mississippi, Dr. Bagwell was a History Professor who adored his students. He taught for 40 years at Georgia Southwestern State University. He was a member of Plains United Methodist Church where he taught Sunday School for over 30 years; and had served on the Plains City Council for 40 years. He especially enjoyed being a "Big Daddy" to his eight grandchildren.

He was preceded in death by his mother, Floy Bagwell; by his sister, Anne Simmons; and brother-in-law, Millard Simmons.

Children of Brad Bagwell and Betsy (?)

Children of Betsy (?) and Brad Bagwell

Brooks Bagwell is the son of Brad Bagwell and Betsy (?)