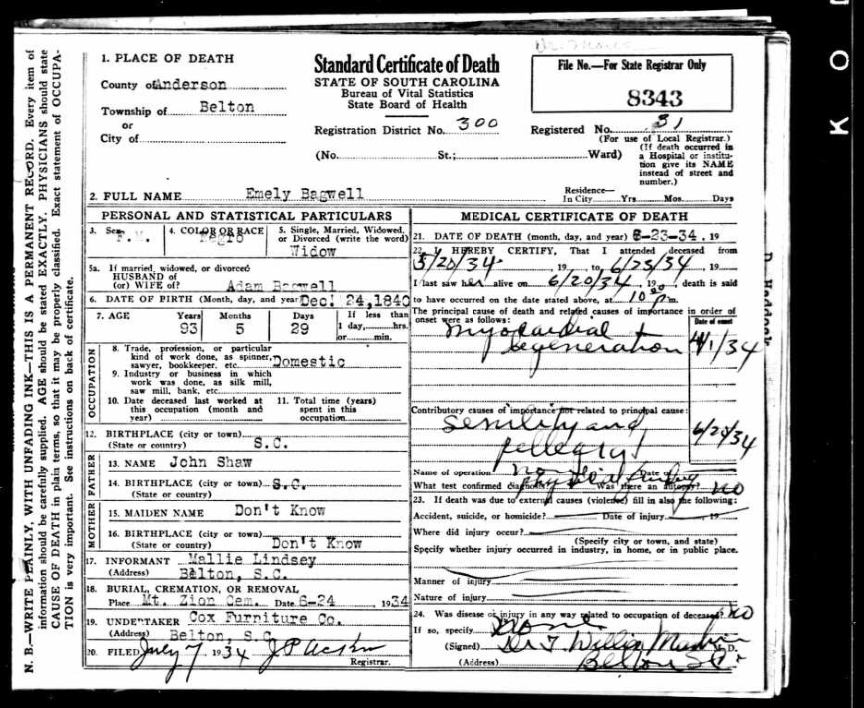 M, b. circa 1867
William Bagwell was born circa 1867 in South Carolina. He was the son of Adam Bagwell and Emily Shaw.

F, b. circa 1869
Cora L. Bagwell was born circa 1869 in South Carolina. She was the daughter of Adam Bagwell and Emily Shaw.

M, b. circa 1873
Joseph C. Bagwell was born circa 1873 in South Carolina. He was the son of Adam Bagwell and Emily Shaw.

M, b. circa 1879
James Bagwell was born circa 1879 in South Carolina. He was the son of Adam Bagwell and Emily Shaw. 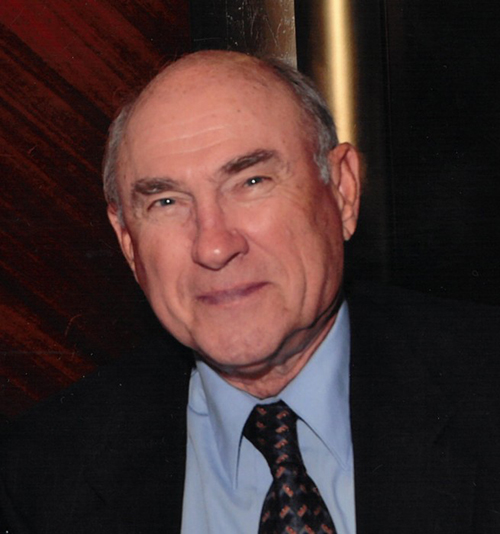 Clarksville, TN - A Celebration of Life service for James "Spinny" Bagwell, age 79 of Clarksville, TN will be Saturday, March 7, 2020, at 11:00 AM. Brother Craig Cross and George Adair will officiate. Burial will follow at Resthaven Memorial Gardens. The family will visit with friends on Friday from 3:00 to 7:00 PM and again on Saturday from 10:00 until 11:00 AM.

Spinny passed away on Wednesday, March 4, 2020 at St. Thomas West Hospital. He was born April, 22 1940, in Clarksville, TN to Gilmer Luther and Merab "Albright" Bagwell who preceded him in death.

Please visit www.sykesfuneralhome.com to leave an online condolence for the family.
Published in The Leaf Chronicle from Mar. 5 to Mar. 7, 2020.

He was married to Thelma Bagwell.

A retired carpenter with the Civil Service at Fort Campbell, Kentucky, he was also a US Army veteran of World War II, a member of Wyatt's Chapel United Methodist Church where he was the former Sunday school superintendent, and a Mason.

Jimmie was 94 years old and a resident of Dyersburg, Tennessee when he passed away on August 11, 2014 in Jackson at Madison County General Hospital.

In addition to his parents, he was preceded in death by his brothers Joe Byrd, William Byrd, Smith Byrd, Kelly Byrd and Fred Byrd, and by his son-in-law Michael Willis. Survivors include his wife; a daughter; grandson; two brothers; and a sister.

Burial was in Fairview Cemetery at Indian Mound.


Original obituary in The Leaf Chronicle on August 13, 2014.