He was married to Thelma Bagwell.

A retired carpenter with the Civil Service at Fort Campbell, Kentucky, he was also a US Army veteran of World War II, a member of Wyatt's Chapel United Methodist Church where he was the former Sunday school superintendent, and a Mason.

Jimmie was 94 years old and a resident of Dyersburg, Tennessee when he passed away on August 11, 2014 in Jackson at Madison County General Hospital.

In addition to his parents, he was preceded in death by his brothers Joe Byrd, William Byrd, Smith Byrd, Kelly Byrd and Fred Byrd, and by his son-in-law Michael Willis. Survivors include his wife; a daughter; grandson; two brothers; and a sister.

Burial was in Fairview Cemetery at Indian Mound.


Original obituary in The Leaf Chronicle on August 13, 2014.

Some of the above information is from his Death Certificate, with Mrs Chas T Shrader as the informant.

He was buried at Bryant Family Cemetery, Montgomery County, Tennessee.

M
Richard Bagwell is the son of Rayburn Lee Bagwell and Ann (?)

M
Michael Bagwell is the son of Rayburn Lee Bagwell and Ann (?)

F
Jamie Bagwell is the daughter of Rayburn Lee Bagwell and Ann (?)

F
Susie “Dee” Bagwell is the daughter of Rayburn Lee Bagwell and Ann (?)

F
Amanda Bagwell is the daughter of Rayburn Lee Bagwell and Ann (?) 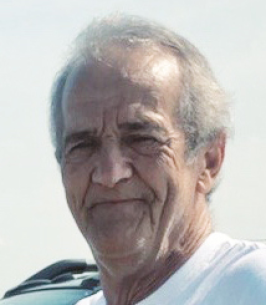 
CORDELE — Johnny Lawrence Bagwell, 65, of Cordele died Friday, Aug. 14, 2020, at his residence. Services will be at 2 p.m., Wednesday, Aug. 19, 2020 in the chapel of Hughes & Wright Funeral Home. The family will receive friends prior to the service while observing social distancing. In accordance with the COVID-19 regulations, face masks or face coverings are recommended and seating will be limited due to social distancing requirements.

Mr. Bagwell was born in Cordele, Ga. to the late Lawrence Bagwell and the late Mina Lou Ergle Bagwell. He was also preceded in death by his brother, Rayburn Lee Bagwell. He was a self-employed mechanic and enjoyed late model car racing. He loved his children and grandchildren and they considered him a great grill master.

LAIL, DEBORAH LEE BAGWELL - 54, of Stillwater, OK was born December 25, 1956 in Knoxville, TN. She passed away Sunday, August 21, 2011 at Integris Baptist Medical Center in Oklahoma City, OK. Her father was the late Bobby Lee Bagwell. She leaves to cherish her memory her husband Edward R. Mackie Jr; mother Martha Neel Bagwell Watkins; sisters Karen Gibson & Melanie Monday and brother Rick Bagwell; grandmother, Vera Bagwell; 4 nieces, Heather Gibson, Stormi Bagwell, Amber & Amy Monday; 2 nephews, Michael Bagwell & TJ Gibson; and many other family & friends. Debbie was fun-loving, outgoing, and never met a stranger. She loved working with flowers and was a great friend to people in need. She often said she was "a jack of all trades and master of none." Debbie will be sorely missed by all who knew her. Private cremation services were held September 11, 2011.