F, b. 20 November 1917, d. 18 July 2006
Mary Sheehan was born on 20 November 1917. As of after 1935,her married name was Oetgen. She married Sergeant William John Oetgen, son of Herman Glenn Oetgen and Helen McCormick, after 1935. Mary Sheehan died on 18 July 2006 in Kesington, Montgomery County, Maryland, at age 88. She was buried at Catholic Cemetery, Savannah, Chatham County, Georgia.


Joanne E. (Bagwell) Wick, 58 years, of Monroe, MI went home to be with the Lord on Wednesday, January 25, 2012 at 10:37 AM in Mercy Memorial Hospital.
Born February 11, 1953 in Detroit, MI, Joanne was the daughter of Walter and Jeanette (Johns) Bagwell. Joanne attended Detroit Public Schools. Joanne resided in California for 20 years until moving to Monroe to live with her sister Linda a year ago. Joanne worked as a sales clerk for various stores while living in California.
Joanne attended both Monroe Missionary Baptist Church and Heritage Baptist Church. Joanne was a very artistic person who loved singing, drawing and nature. She especially enjoyed and was at peace tending to her herb garden.
Joanne is survived by her Parents; Walter and Sandra Bagwell of Taylor, MI, 2 loving brothers; Anthony Trejo of Woodhaven, MI and Thomas (Svetlana) Keller of Auburn Hills, MI, 7 loving sisters; Carol (Thomas) Carouvich of Sterling Heights, MI, Janet (Richard) Schiller of Hartland, MI, Linda (John “Jay”) Willis of Monroe, Cynthia (John) Chrysler of Millington, MI, Marcia (Tracy) Fressel of Allen Park, MI, Yolanda (Charles) Jarvis of Grand Haven, MI, and Christina (Jerry) Hendrickson of Ecorse, MI and many adored nieces and nephews.
Sadly, Joanne was preceded in death by her mother, 2 sons: John Paul Lathrup and George P. Lathrup – Chait – Kates and a brother Rudy Trejo.
Visitation will be held on Sunday from 2-8 PM in the Bacarella Funeral Home, 1201 S. Telegraph Rd. in Monroe where funeral services celebrating her life will be held on Monday, January 30, 2012 at 11:00 AM. The Rev. Roy Southerland, pastor of Monroe Missionary Baptist Church, will officiate. 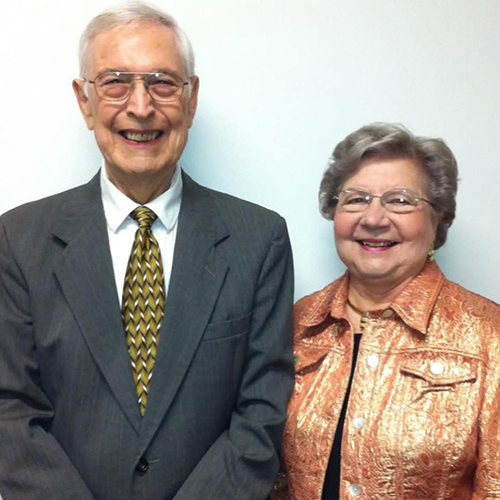 
Jess Thomas “Jay” Bagwell, Jr. of Fordyce celebrated his 88th birthday on December 24, 2020 with his earthly family before joining his Father in Heaven just in time to celebrate with Jesus on His birthday Christmas Day.

“This is the day that the Lord hath made – let us rejoice and be glad in it!”

Enlisting in the US Navy at age 17, Jay served in the Korean War for three years. He graduated from Henderson College with both Bachelor’s and Master’s Degrees and met Melrose.

For sixty-four years he treasured Melrose as his true love and perfect helpmate. He taught history in Warren for two years before starting the radio station KBJT in Fordyce. He served several years as a deacon of Temple Missionary Baptist Church of Fordyce before being ordained as a minister. In 1969, he was called to be pastor of Cross Roads Missionary Baptist Church in Banks, serving for over 34 years.

He was preceded in death by his parents, Jess Thomas Bagwell, Sr. and Ruby Johnson-Bagwell; and his brother, Allan Terry (Butch) Bagwell.

Arrangements are by Benton Funeral Home of Fordyce.

Ruby Dorothy Bagwell is the daughter of Thomas Milton Bagwell and Louella Willis.