M, b. 17 March 1870
Patrick Bagwell was born on 17 March 1870 in Mitchelstown, County Cork, Ireland. He was the son of John Bagwell and Margaret Gearey.

F, b. 1873
Margaret Bagwell was born in 1873. She was the daughter of John Bagwell and Margaret Gearey.

F, b. 12 October 1879
Johanna Bagwell was born on 12 October 1879 in Mitchelstown, Brigown, County Cork, Ireland. She was the daughter of John Bagwell and Margaret Gearey.

F, b. 1888
Catherine Bagwell was born in 1888. She was the daughter of John Bagwell and Margaret Gearey.

OBITUARY
MSgt Retired (USAF) Howard Eugene Bagwell, Sr. of Lake Charles, LA passed away in the arms of his loving wife Dianne Bagwell on the morning of Sunday November 21, 2021.

Howard was born in Clarksville, TN on February 15, 1948. A true man of God, he was loved and will be deeply missed by many. He was married to his wife and best friend, Dianne for 17 years. He served alongside her doing Gods work at In Jesus Name Ministries as the assistant Pastor for 14 years but has been devoted to Christ and the ministry for over 40 years. Howard honorably served his country in the United States Air Force for 23 years.

Howard had an enormous passion for Christ, his family and anyone he could talk to about God. Reading and preaching the word of God was his life. There is not a dream that he had that was never realized. He loved to travel, sing, write poetry, short novels and spend time with his family and friends. He was a Chef by his own rights and he loved to cook and feed everybody. Howard genuinely loved everyone he met.

F
Juelite Herrera is the daughter of Manuel Herrera and Cilinena Cuervas.

F
Jocelyn Herrera is the daughter of Manuel Herrera and Cilinena Cuervas.

F
Josefa Herrera is the daughter of Manuel Herrera and Cilinena Cuervas.

F
Jouita Herrera is the daughter of Manuel Herrera and Cilinena Cuervas.

M
Jhon Herrera is the son of Manuel Herrera and Cilinena Cuervas. 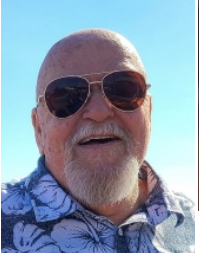 Lonnie served two tours in Vietnam with the United States Marine Corps. Upon returning, he married the love of his life, Donna. They went on to have two children while he worked in the printing industry for over 20 years. As a disabled Vet, he enjoyed hunting and fishing but mostly was a dedicated husband, father, and grandfather.

Lonnie is preceded in death by his father, Eugene; mother, Dorothy; stepmother, Betty; and grandmother, Emma.

A Celebration of Life will take place on Monday, November 22, 2021, at 2:00 P.M., at Forest Park Methodist Church, with Pastor David Willis officiating.

In lieu of flowers, please consider donating in honor of Lance Corporal Lonnie Bagwell at semperfifund.org/donate.