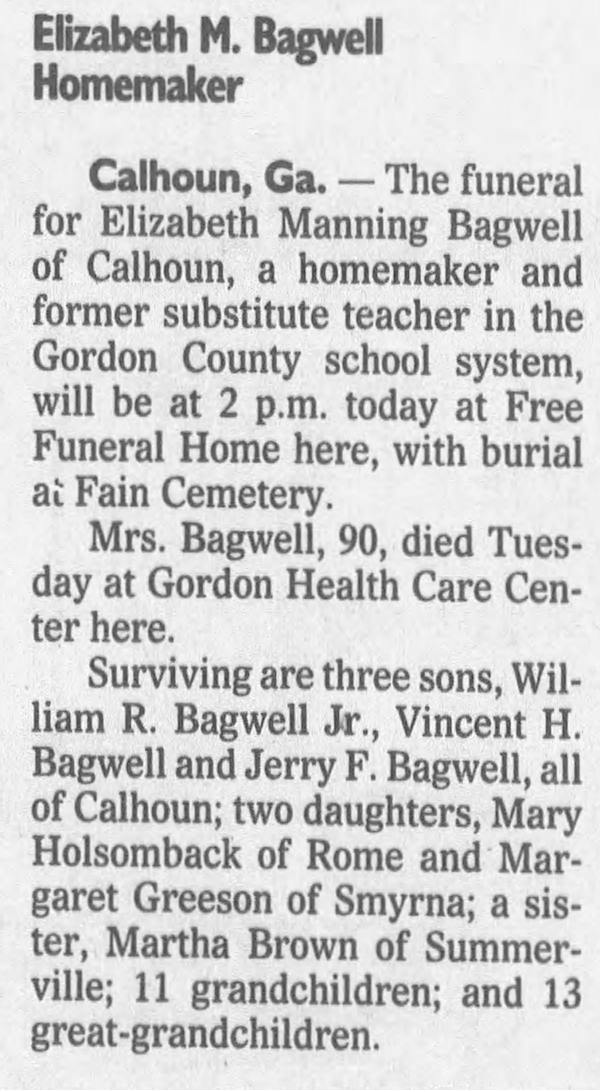 Leland was born in Frederick, Oklahoma to parents who had migrated there from North Georgia in the early twenties. The family moved back to Georgia shortly before the Great Depression to a small farm just north of Rome. One of his fondest childhood memories was getting his first drink of Coca-Cola at age 5 compliments of a favorite uncle, whose father soon chastised him profusely for having introduced Leland to such a sin.

Gifted with an intense curiosity and desire to excel, Leland graduated at the head of his high school class in 1941. His college career ended abruptly when his father contracted tuberculosis. Without complaint, Leland returned immediately to the farm and assumed management of the family dairy. His future again was transformed when a beautiful young girl on his city milk route caught his eye, and Alice became his bride in 1948. She would ultimately become his spiritual partner as well, when, ten years later, Leland heard the voice of God calling him to the ministry early one morning, as he sat in the barn stall milking a cow.

Without hesitation, but with the enthusiastic blessing of Alice who would have to support the family through his preparation for the pulpit, Leland returned to college at age 33. He completed seminary at Atlanta’s Candler School of Theology. Quiet and shy, it took the gift of a Dale Carnegie course from a friend to give Leland the courage to stand before a group and speak without fear. His self-assurance grew as he gained a deeper understanding of God’s grace--and gave him the wisdom he needed to gently bring others into a meaningful relationship with Christ through his counsel and his example.

Leland’s first church wasn’t a church at all--just an old house with the interior walls removed at one end to form a rudimentary sanctuary with folding chairs and a podium he built himself. More than 50 years later, Lawrenceville Road United Methodist Church in Tucker, GA is a thriving, vital fellowship of some 500 believers. Successive appointments included Hephzibah/Blythe UMC in Hephzibah and Blythe, GA; Augusta’s Pierce Memorial UMC; Jefferson UMC; Cleveland UMC (a favorite locale to which he and Alice later retired); and North Rome UMC (the church in which he and Alice were married.) Ever the farmer, Leland had a tradition of planting grape vines in the back yard of every parsonage the family occupied. These became a biblical metaphor for the souls he would grow into the rich spiritual harvest he leaves behind.

He was in the US Army Corp of Engineers. Butrow Bryant Bagwell died in July 1967 at age 61. He was buried at Fort Lincoln Cemetery, Bretnwood, Price George's County, Maryland.

Nina Lee Bagwell was born on 4 January 1914.1 She was the daughter of Leonard Rice Bagwell and Nora Bond. Nina Lee Bagwell died on 1 January 2000 at age 85.1 She was buried at Holly Springs Baptist Cemetery, Bowman, Elbert County, Georgia.1 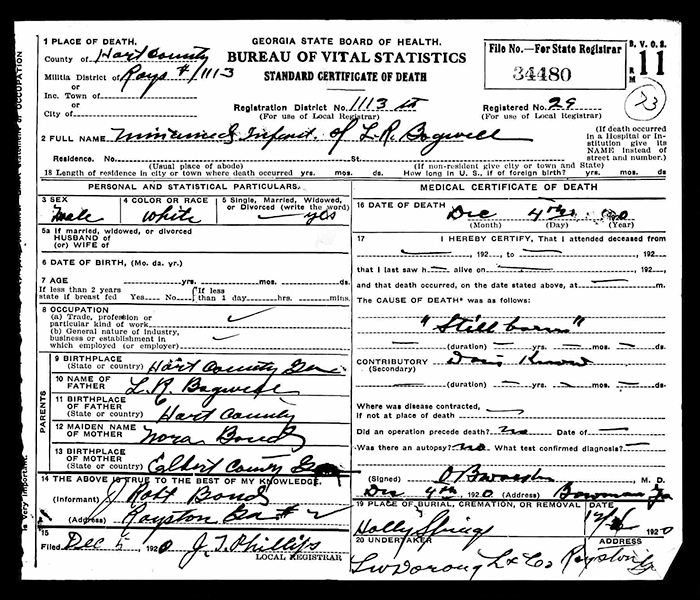