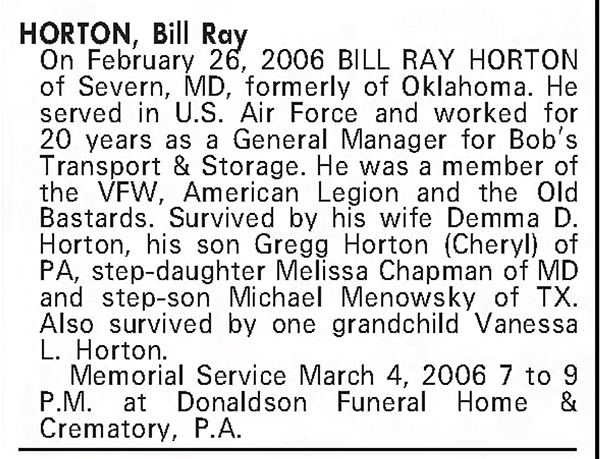 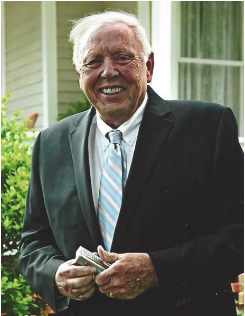 Eugene “Eddie” Bagwell III, 71, of Oakwood, passed away Friday October 5, 2018. Eddie was born on November 3, 1946 at Downey Hospital in Gainesville, to the late Eugene E. and Lucille Connor Bagwell Jr.

He was a graduate of Gainesville High School and received his Associates Degree from Truitt McConnell University.

Mr. Bagwell worked for the Georgia Department of Transportation as a Lab Supervisor before retiring.

In addition to his parents, he is preceded in death by his daughter, Tina Bratten and grandson, Clayton Brown.

Those wishing to send online condolences to the family may do so at littledavenport.com


He was buried on 8 October 2018 at Lebanon United Methodist Church Cemetery, Gainesville, Georgia.

Bruce Bryant Bagwell was born on 9 February 1934 in District of Columbia. He was the son of Butrow Bryant Bagwell and Mary Lee Critcher. He served as a US Marine from from 2 July 1953 to 1 July 1957. Bruce Bryant Bagwell died on 13 August 1982 at age 48. He was buried at Fort Lincoln Cemetery, Brentwood, Prince George's County, Maryland.

Rosemary Bagwell is the daughter of Butrow Bryant Bagwell and Mary Lee Critcher.

Child of Frank Bagwell and Diane (?)

Child of Diane (?) and Frank Bagwell