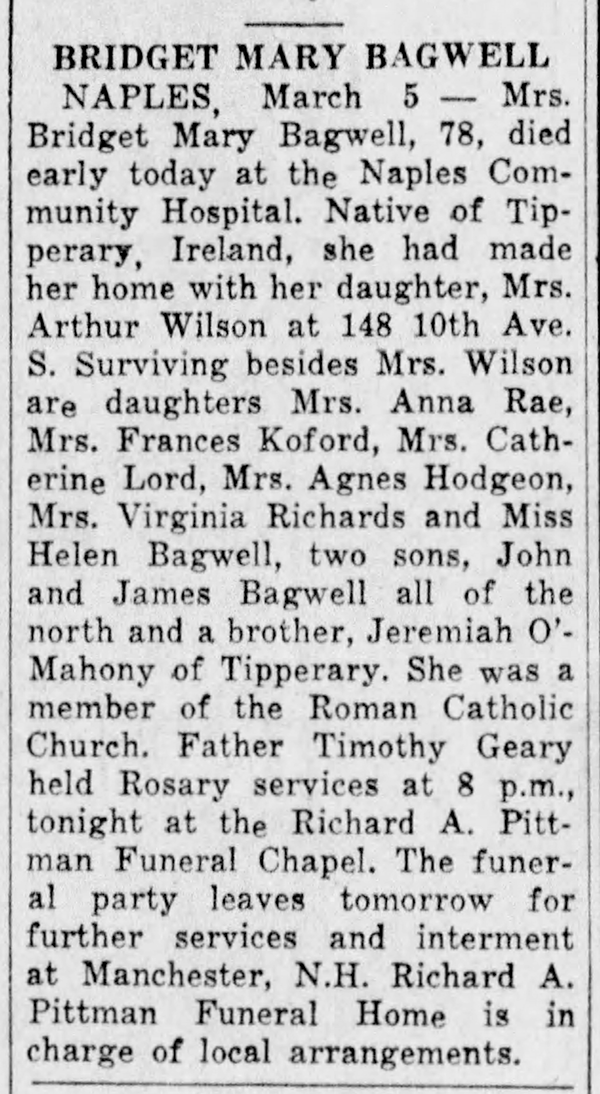 Rochester, NH- Ellsworth Weston "Doc" Hodgdon, 91, of 42 French Hussey Road died Friday June 25, 2010 at the Rochester Manor after a brief illness.
Born Sept. 13, 1918 in Lyndon, VT. He was the son of the late Ola and Ethel Hodgdon. Doc attended three years of premed school at Norwich University in Northfield,VT then joined the U.S. Navy serving as a pharmacists mate during WWII. He was a graduate of University of NH with a Bachelors Degree in Science. He worked five years on the Manchester NH police force. He then became a probation officer for the State of NH for many years. Mr. Hodgdon was a longtime member of the Lions Club, and past exaulted ruler of Elks Lodge #1393 both of Rochester. He served on the Rochester School Board for 12 years and was member of the Rochester Athletic Association. His favorite pastime was construction work.

The widower of Agnes M. (Bagwell) Hodgdon who died in 2004, he is survived by one son, Dennis and wife Perry Hodgdon of Marlborough, CT; one daughter Darlene Rocheleau of Rochester NH; grandchildren, Hillary Hodgdon, Jason and wife Katherine Cote, and Chelsea Rocheleau and her fiancée Juan Santiago; one great grandchild, Gino Santiago. He was predeceased by his son Wayne Hodgdon in 2003.

Family and friends may visit Wednesday 12-2:00PM at the R.M. Edgerly & Son Funeral Home, 86 South Main Street, Rochester NH. The funeral service will follow at 2:00PM in the chapel of the funeral home. Burial will be in Kimball Cemetery, Meaderboro Road, Rochester NH.
In lieu of flowers memorial donations may be made to the Lions Club, Somersworth, NH. He was buried at Kimball Cemetery, Rochester, Strafford County, New Hampshire.1

David is survived by wife Betty Lou, Children, Marilyn (Bagwell) Burks and husband Victor of Nixa, MO, Michael Bagwell of Springfield, Joyce (Bagwell) Gamble and husband Neil of Hurley, MO, five grand- daughters and eleven great-grandchildren. He is also survived by brothers, George Bagwell and wife Maggie of Springdale Arkansas, Eldon Bagwell and wife Audrey of Hindsville, Arkansas and a host of nieces, nephews and friends. David was preceded in death by his parents, Charles and Edith Bagwell of Springdale, Arkansas.

David was an Army veteran of World War II. David was a Truck Maintenance Supervisor for Campbell 66 and owner operator of Bagwell Mowers.

Visitation will be held Sunday, April 29 from 6 to 8 p.m. in Greenlawn Funeral Home South located at 441 W. Battlefield, Services Monday, April 30, 2012, 2:00 p.m. Burial will follow in Manley Cemetery in Battlefield, MO. Published in the News-Leader on April 28, 2012.
He was buried at Manley Cemetery, Nixa, Christian County, Missouri. 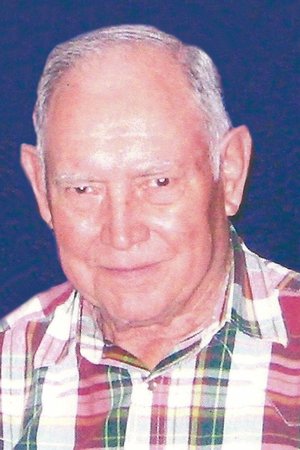 
George Melroy Bagwell Sr., 92, of Springdale , Arkansas went to be with the Lord Tuesday, February 18, in Springdale. He was born June 25, 1927 in Spring Valley, Arkansas the son of Charles and Edith Nelson Bagwell.

He was preceded in death by his parents and one brother David Bagwell.


He was buried at Burkshed Cemetery, Washington County, Arkansas.1

M, b. 7 June 1918, d. 27 September 1999
Sergent William P "Mister Dr Pepper" Kloster was born on 7 June 1918.1 He married Iona Mae Bagwell, daughter of George Luther Bagwell and Ava Lounette Boswell, on 14 June 1941.1 Sergent William P "Mister Dr Pepper" Kloster died on 27 September 1999 at age 81 Born in Dublin, Texas, he married Iona Mae Bagwell on June 14, 1941 in Dublin. She preceded him in death May 17, 1995. Kloster became an ambassador for Dr. Pepper during his more than 6 decades in the soft drink industry, finally inheriting the Dublin franchise as an independent, licensed franchisee & bottler from the founder's daughter Grace Prim Lyon who died June 7, 1991 on the exact day of the company's 100th observance of their centennial celebration. The company began June 7, 1891 after Sam Houston Prim had traveled to Waco, Texas & obtained rights to produce & market "Dr. Pepper." Historically, "Dublin Dr. Pepper" remains continuously made with the 'original' recipe concocted in Waco, Texas containing "Imperial" pure cane sugar. William P. "Bill" Kloster was hired at age 14 in 1933 by Prim to be a bottle sorter. When away from Dublin, he served in the U.S. Army as Staff Sergeant during World War II. He was lovingly known to most who knew him as "Mister Dr Pepper" & a tribute of a bronze statue in downtown Dublin was erected in his honor.
Survivors include a son, William Edward Kloster of Granbury, Texas and 2 grandsons: Jeff Kloster of Austin and Mark Kloster of Dublin who is general manager of the family's "Dublin Dr. Pepper" company.1 He was buried at Old Dublin Memorial Park, Dublin, Earth County, Texas.1

Donelle Hildreth was born circa 1932 in Alabama. He was the son of Reverend Edward Homer Hildreth and Pearl Lucille Cotton. Donelle Hildreth died after 1960 in Columbus, Muscogee County, Georgia.

Bobby Don Hildreth is the son of Donelle Hildreth.