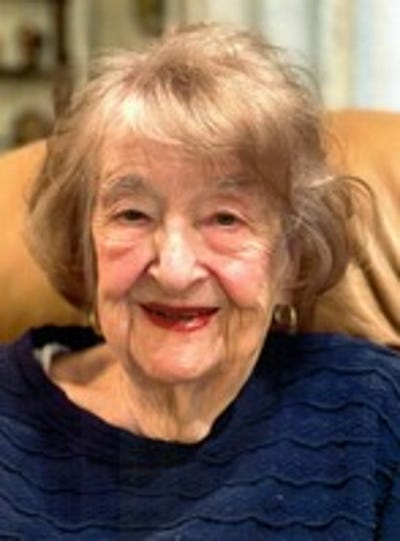 Betty attended Akron Schools, Akron University, Ohio State University and Tulane University. Her accomplishments were attending Ohio State University Hospital Administration Graduate Program. She started as a part-time employee in Akron Hospitals Administration offices and rose to the office of Executive Director (CEO). There she worked for over 30 years. From there Betty started her own recruitment business for Health Care Physicians and Upper Management called BRB Associates. She retired in Atlanta, Georgia as a Human Resource Director in 1986.
Betty was a Life Fellow of the American College of Hospital Administration. As a board member and officer she served on the Akron Hospital Board, the Ohio Osteopathic Association, Akron University School of Nursing and the Cuyahoga Falls School LPN.
Betty enjoyed community service and served as President of Seniors reporting to the Wooster Mayor for several years. She was also a member of Northview Alliance Church of Wooster and a founder and leader of Quota Club of Wooster. She enjoyed traveling both in the United States and abroad. Gardening and community service was a passion of hers. She was loved by all who met her for her strong will and Christian beliefs. She had a great influence on others and will be missed dearly here on this earthly home.
Friends will be received one half hour prior to the 11:00 a.m. service on Saturday, June 5, 2021 at the Northview Alliance Church, 3464 Burbank Road, Wooster with Rev. Geno Colarusso officiating. Burial will follow in the Greenlawn Cemetery in Akron.
Memorial Contributions:
Transcribed From McIntire Bradham and Sleek Funeral Home June 2nd, 2021.


She was buried on 5 June 2021 at Greenlawn Memorial Park, Akron, Summit County, Ohio.

In the name of God amen I Godfrey Spruill living in North Carolina in the
Province of Albermarle being in health of body and sound of memory but
considering of family of mankind do make and ordain this my last will and
testament in a form following.

I give and bequeath my soul unto the hand of god that gave it me and my
body to the earth from whence it was taken to be buried in a Christian
decent manner at the discretion of my executors hereafter named not
doubting (but ??? of our Savior Jesus Christ). I shall enjoy a joyful
resurrection and as to my temporal estate it hath pleased you to bless me
with my funeral expenses and all my just debts being paid I give and
bequeath in manner and form following that is to say first,

I give and bequeath to my son Samuel Spruill a parcel of property
estimation three hundred and fifty acres more or less bounded as followeth
lying at a Cypress near the eastern end of the ? Branch and running thence
to a
tiny thicket and forming the end of the aforesaid Branch to the first
outlet and along the outer Branch southerly to Great Swamp and along the
Branch westerly to the end of
the Buntings? along the said ?? mouth thereof and along the bay easterly to
the first station to him and heirs for ever; aforesaid land being that
whereon he now lives.

I give and bequeath to my son Godfrey Spruill three hundred fifty acres of
more or less bounded as followeth
being at a marked Cypress at the east end of the south banks his brother
Samuel's corner free and so running eastwardly to the Clay point to a
corner tree in ?? and so running from there thence southerly to a line of
marked
trees to the round about branch and at round about branch to a White Ashe
next to the Great Swamp and along the Great Swamp to his brother Samuel's
line to the first station to him and his heirs for ever and also one Negro
woman named Jenny.

I give to my son Joseph Spruill that plantation whereon I now live with all
the rest of the land in the neck and also a parcel of land estimation fifty
acres more or less bounding on a Cypress branch westerly of the ??? ???
land a line of marked trees westerly of the aforesaid branch to a ??? ???
from thence various courses to the first station and one Negro man named L?
and one Negro man named Dolphin with all my ??? and hogs to him and his
heirs for ever.

I give and bequeath to my son-in-law Cuthbert Phelps and my daughter
Susannah his wife a certain tract of land of estimation three hundred acres
more or less and is boundeth as followeth eginning at marked White ??? at
the Back Creek's mounth and running up the Swamp to a branch eastward to
Rich Level Land and along the branch to a line of marked trees ?????? ???
and along that line of marked trees to River ??? and from there to the
first station to him and his heirs for ever.

I give to my daughter Mary a gold ring of twenty shills price.

I give to my grandson Buttonhead [Burtonhead] Boutwell six hundred acres of
land purchased by me as appearing upon record lying in the fork of Pamlico
River to be to him and his heirs for ever but in default of his.

I nominate and appoint my son Joseph Spruill my sole and only executor of
this will and testament hereby revoking all other wills of me heretofore
made ratifying and confirming this my last will and testament. Witness
whereof I have here to set my hand and seal this 5 day of August 1718.

Children of Godfrey Spruill and Joanna (?)

Children of Joanna (?) and Godfrey Spruill