William Ralph Bagwell was also known as Ralph Bagwell. He was born on 22 October 1929 in Greenville County, South Carolina.1 He was the son of Clifton Murphy Anderson Bagwell and Jessie Mae Hicks. William Ralph Bagwell married Martha Rachel Henderson circa 1965.1 William Ralph Bagwell died on 29 February 2012 in Greenville, Greenville County, South Carolina, at age 82
Ralph Bagwell was the son of Jessie Mae Hicks Bagwell and Clifton Murphy Anderson Bagwell, he was the brother to margaret, jewell, jake, and norma jean and the loving husband to rachael and father to suzanne, in 1968 ralph became one of the founding members of belmont fire department serving for 43 years and he enjoyed every minute of it he was a mentor and friend to many that has been a part of belmont he loved to cook though he had a very unique way of showing you how much of this and that into measurements
nobody shook his hand because he would slowly squeeze harder and harder. ralph was a point blank honest type of person who wasn't afraid to tell it like it was he loved his family very much and we all loved him he will greatly be missed rest in peace uncle ralph.


this is his obituary below,

Born in Greenville, he was a son of the late Clifton M. and Jessie Mae Hicks Bagwell.

He is survived by his wife of 47 years, Rachel Henderson Bagwell; a daughter and son-in-law, Suzanne and DeWayne Martin; a sister, Norma Jean Jones; a brother, J. Jewell Bagwell (Vera); and several nieces, nephews, great-nieces and great-nephews. He was predeceased by a sister, Margaret Green and a brother, J. W. Bagwell.

Funeral services will be Saturday, March 3, 2012, 2:00 p.m. at The Mackey Mortuary, Century Drive, with burial following in Greenville Memorial Gardens.

In lieu of flowers, memorials may be made to Rock Springs Baptist Church, Reedy Fork Baptist Church or Belmont Fireman's Fund.1
He was buried at Greenville Memorial Gardens, Piedmont, Greenville County, South Carolina.1

F, b. 6 January 1892, d. 20 January 1972
Lela Speigner was born on 6 January 1892 in Alabama.1 She was the daughter of Jessie Speigner and Cornelia Thomas. As of before 1920,her married name was Bagwell. Lela Speigner married Middleton Marchman Bagwell, son of Private Curtis G. H. Bagwell and Martha Ann Stevens, before 1920. Lela Speigner died on 20 January 1972 in Dothan, Houston County, Alabama, at age 80.1 She was buried at Piney Grove Primitive Baptist Church Cemetery, Headland, Henry County, Alabama.1

Funeral services will be held at 11:00 A.M. Tuesday, August 19, 2014, in the Holman-Abbeville Mortuary Chapel with Reverend Harrison Steege and Chaplain Paul Cowley officiating. Burial will follow in the Pilgrim’s Rest Free Will Baptist Church Cemetery. The family will receive friends from 5:00 until 7:00 P.M. Monday at the mortuary.

Flowers will be accepted or memorial contributions may be made to the Tumbleton Community Pentecostal Church “Building Fund”, P.O. Box 149, Headland, AL 36345.

Mr. Bagwell was born in Dale County, and was reared in the Union Community of Henry County, son of the late Middleton Marchman Bagwell and Lela Speigner Bagwell. He formerly lived in Clewiston and Moorehaven, Florida before moving to the Wills Crossroads Community of Henry County in 1987. He was a member of the Tumbleton Community Pentecostal Church and was retired as a mechanic. Mr. Bagwell was preceded in death by his wife of sixty-seven years, Rosa Lee Davis Bagwell, a son-in-law, Bill Young, two sisters, Evy Rae Woodham and Irene Maddox, and three brothers, Lewis Bagwell, Oscar Bagwell, and Ralph Bagwell.

The family would like to express their appreciation to Dr. Donovan Wewers and to Gentiva Hospice for their loving care and kindness shown to Mr. Bagwell and his family during his illness.1 He was buried at Pilgrims Rest Freewill Baptist Church Cemetery, Wills Crossroads, Henry County, Alabama.1

F, b. 24 September 1925, d. 9 January 2010
Rosa Lee Davis was born on 24 September 1925. As of 24 January 1942,her married name was Bagwell. She married Lloyd B. Bagwell, son of Middleton Marchman Bagwell and Lela Speigner, on 24 January 1942. Rosa Lee Davis died on 9 January 2010 at age 84
Rosa Lee Davis Bagwell, a resident of Abbeville, died Saturday, January 9, 2010, in a Dothan hospital. She was 84. Funeral services will be held at 2:00 P.M. Tuesday, January 12, 2010, in the Pilgrim's Rest Free Will Baptist Church with Rev. Harrison Steege, Rev. Clarence L. Culpepper and Rev. Cecil Beck officiating. Burial will follow in the church cemetery. The family will receive friends from 4:30 P.M. until 6:30 P. M. Monday at the mortuary in Abbeville. Mrs. Bagwell was born and reared in Henry County, daughter of the late Robert Morgan (Pete) Davis and Clara Belle Money Davis. She formerly lived in Clewiston and Moore-haven, FL. before moving to Headland where she lived several years before returning to the Wills Crossroads community in 1987. She was a member of the Pilgrim's Rest Free Will Baptist Church and attended the Tumbleton Community Church. Mrs. Bagwell was preceded in death by two sisters, Evelyn Gross and Clara Parkinson and a brother, Bob Davis. Surviving relatives include her husband, Lloyd Bagwell; two daughters, Rose Ellen Brooks and husband, Edward H. Brooks, Annie Ruth (Sonnie) Young and husband, Bill Young; a very special grandson, Robert L. Young, all of Abbeville; three sisters, Martha Nell Bentley, Atlanta, Johnnie Louise Wynn, Georgetown, GA, and Karolyn Faye Wiggins, Nashville, TN; a brother, James Clayton Davis and wife, Shirley Davis, Abbeville; numerous nieces and nephews. Serving as active pall-bearers will be Ed Davis, Keith Davis, Peter Parkinson, Murphy Phipps, Joey Riley and Wayne Money. The family would like to express their appreciation to Amedisys Home Health for the loving care and kindness shown to Mrs. Bagwell during her illness. Holman-Abbeville Mortuary, (334) 585-5261 is in charge of arrangements.

Evie Rae Bagwell was born on 25 July 1912 in Alabama.1 She was the daughter of Middleton Marchman Bagwell and Lela Speigner. As of after 1930,her married name was Woodham. Evie Rae Bagwell married Guy Tell Woodham after 1930. Evie Rae Bagwell died on 10 April 1992 in Dale County, Alabama, at age 79 OZARK...Mrs. Evie R. Woodie, 79, of the Ewell Community died Friday morning, April 10, 1992 at her son's home following an extended illness.

Funeral services were held at 2:00 p.m. Monday (April 13) from the Chalkhead Baptist Church with the Rev. Thaxton Whiddon officiating. Interment followed in the church cemetery with Holman Funeral Home of Ozark directing.

Mrs. Woodham was a native of Dale County where she lived most of her life. During her lifetime she helped raise approximately 29 foster children in her home through the State Department of Health and Human Services. Mrs. Woodham was a member of the Chalkhead Baptist Church. 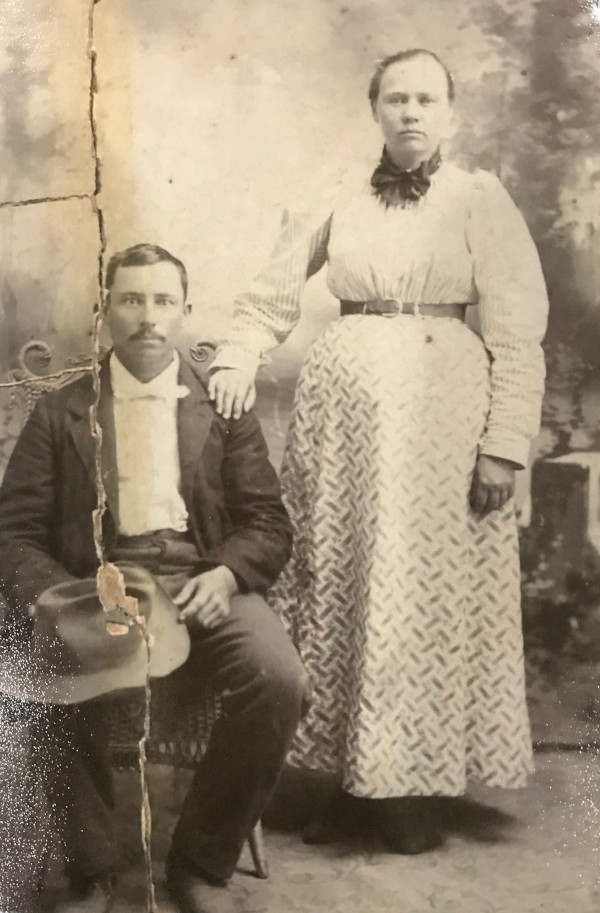