F, b. 31 August 1918, d. 22 May 2009
Roberta Louisa Bagwell was born on 31 August 1918 in Muhlenberg County, Kentucky. She was the daughter of Ervin Leslie Bagwell II and Ora Mae Jewell. As of before 1938,her married name was Minton. Roberta Louisa Bagwell married James C. Minton before 1938. Roberta Louisa Bagwell died on 22 May 2009 in Henderson, Henderson County, Kentucky, at age 90
Roberta Louise Minton
BROWDER - Roberta Louise Minton, 90, died Friday, May 22, 2009 at Methodist Hospital in Henderson.
Born in Muhlenberg County Aug. 31, 1918, she was a homemaker and member of Gospel Assembly of Peace in Evansville, IN. She was preceded in death by her husband, James Curtis Minton; two sisters, Ruby Bowers and Anna Sova; and a brother, Roy Bagwell.
Survivors include two sons, Michael Keith Minton of Henderson and David Allen Minton of Boonville, IN; a daughter, Jean Earl Hill of Darmstadt, IN; a sister, Shirley Pleban of Wooster, OH; four grandchildren and five great-grandchildren.
Graveside services were held at 1 p.m. at Ebenezer Cemetery with the Rev. James Mercer officiating. Tucker Funeral Home in Central City was in charge of the arrangements. She was buried at Ebenezer Cemetery, Ebenezer, Muhlenberg County, Kentucky.

He was buried on 22 April 2010 at West Clarendon Cemetery, Clarendon, Calhoun County, Michigan.

Rufus Bagwell was born in 1904. He was the son of Robert L. "Bob" Bagwell and Bettie Lanthrip. Rufus Bagwell died in 1921. He was buried at Enon Cumberland Presbyterian Church Cemetery, Ackerman, Choctaw County, Mississippi.

Bertis Ruth Bagwell was born in 1904 in Ackerman, Choctaw County, Mississippi. She was the daughter of Robert L. "Bob" Bagwell and Bettie Lanthrip. 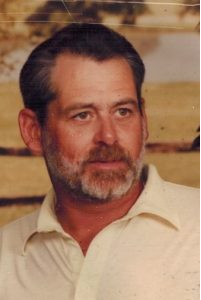 M
Larry Bagwell is the son of William Henry Bagwell and Margaret (?)