Vicki Susan Bagwell age 64 of Auburn, Kentucky passed away Wednesday, April 28, 2021 at her residence. She was born in Warren County, Kentucky on December 18, 1956 to the late Luther Wardell and Geneva (Wilson) Bagwell. Vicki is a member of the Liberty Baptist Church, a 1974 graduate of Auburn High School, and a Graduate of Western Kentucky University where she got her Masters Degree. After College Vicki worked for Neely, Pigott and Fox News in Nashville for 20 Years and returned to Western Kentucky University as a Professor in Media and Public Relations for the past 15 years.

Vicki is survived by her brother Ken Bagwell and Natalie of Franklin, Kentucky.

Funeral services for Vicki Bagwell will be conducted Sunday, May 2, 2021 at 2:00 P.M. in the Young Funeral Home Auburn Chapel with Bro. Kenny Chyle officiating and burial to follow in the Auburn Cemetery. Visitation will begin Saturday from 5:00 P.M. until 8:00 P.M. and Sunday from 12:00 P.M. until funeral time at 2:00 P.M.


She was buried on 2 May 2021 at Auburn Cemetery, Auburn, Logan County, Kentucky.

M
Ken Bagwell is the son of Luther Wardell Bagwell and Geneva Wilson. 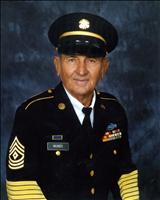 
KILLEEN — Services for Herbert Dean Mundy, 87, of Killeen will be 11:30 a.m. Tuesday at the First Baptist Church with Pastor Greg Schannep and Dr. Randy Wallace officiating.

Visitation will be 6-7:30 p.m. Monday at Crawford-Bowers Funeral Home.

Children of Herbert Dean Mundy and Nell B. Barentine