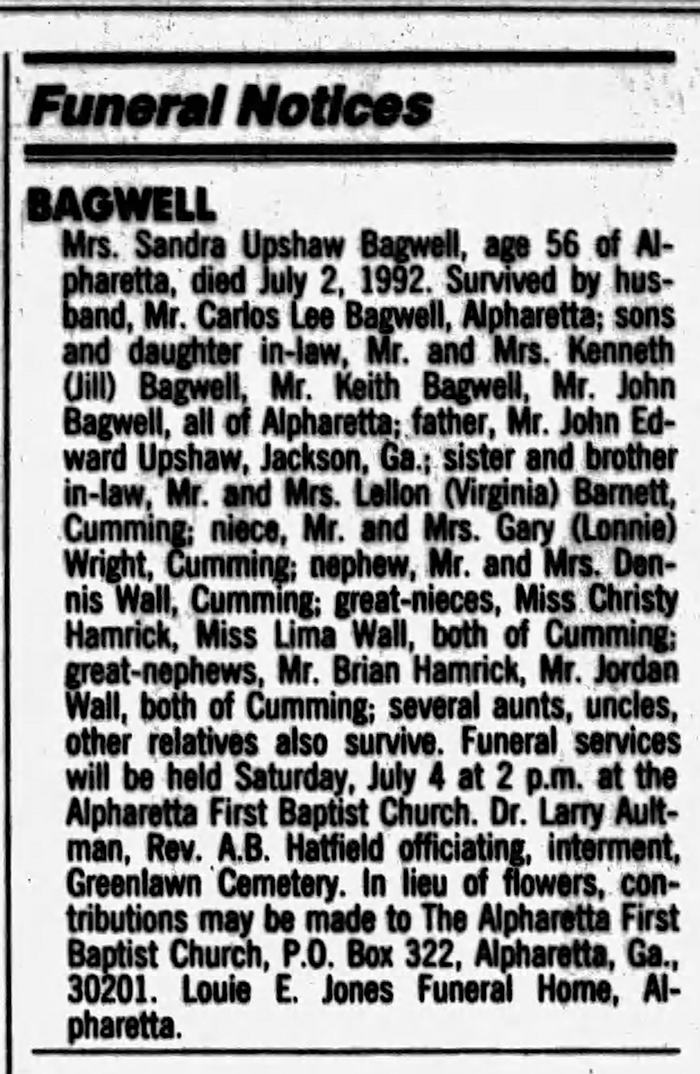 Keith Bagwell is the son of Charles Lee Bagwell and Sandra Sue Upshaw.

John Bagwell is the son of Charles Lee Bagwell and Sandra Sue Upshaw.


Harold "Pluto" Bagwell, born November 26, 1937 in Buford, Georgia passed away peacefully surrounded by family December 23, 2022 after a brief illness. Pluto, was born & raised in Buford, Georgia and was a 1955 Graduate of Buford High School. Harold was also a member of First Baptist Church of Buford.

Harold married the "Love of his life", Betty Sue Taylor on November 27, 1957. They had recently celebrated there 65th wedding anniversary this year. Harold was a Veteran, having served in the United States Army. Pluto had a servant's heart, in his younger years he served in the Buford Jaycee's, before becoming a member of the Masonic Lodge, and Tri County Shrine Club. Pluto was also an original member of the Buford Volunteer Fire Department.

Services will be held at Hamilton Mill Memorial Chapel and Gardens. Visitation will be Thursday December 29th 2022 from 4pm--8pm. Funeral Services will be Friday December 30th 2022 at 1pm led by Pastor Dale Jones. Grave side service will follow at Hillcrest Cemetery in Buford.


He was buried on 29 December 2022 at Hillcrest Cemetery, Buford, Gwinnett County, Georgia. 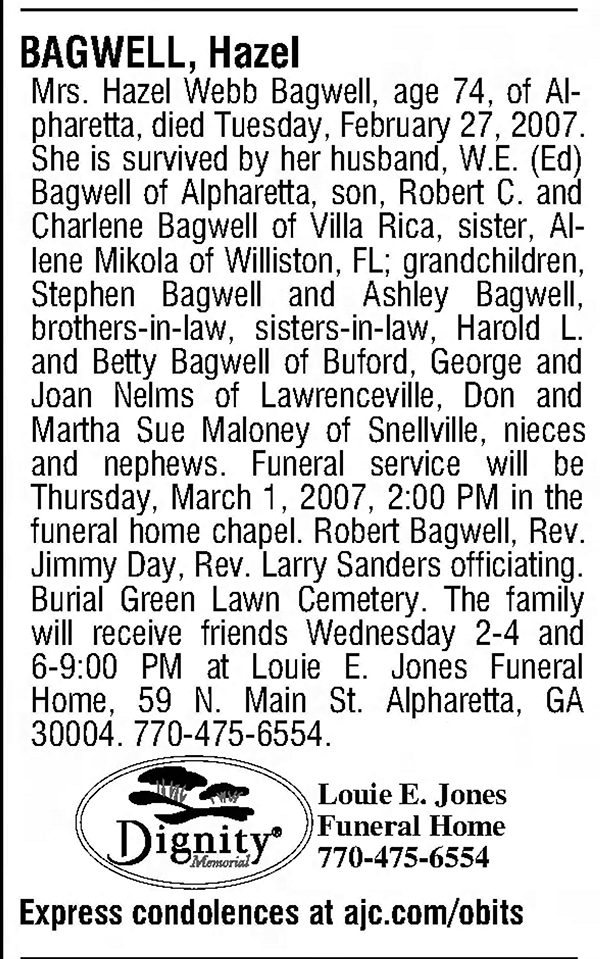 Hazel (Webb) Bagwell - Obituary
The Atlanta Constitution - Febraury 28, 2007 - Page B6
Hazel Webb was born in 1932. As of after 1951,her married name was Bagwell. She married William Edwin Bagwell, son of Cyrus L Bagwell and Nona Patrick, after 1951. Hazel Webb died on 27 February 2007. She was buried on 1 March 2007 at Green Lawn Cemetery, Roswell, Fulton County, Georgia.