On Monday, August 29, 2022, Walter Steven Bagwell died at the age of 74. Steve was born on August 18, 1948, in Kokomo, Indiana, to Walter Max and Ava Lee (Brock) Bagwell.
Steve never married; So, he has no children of his own, but he certainly enjoyed his nieces and nephews.
Steve came from a large family of eight brothers and sisters along with 16 cousins.
Steve was born the third of nine. His siblings were Patty (Gerry) Walker, Lester (Janet) Bagwell, Steve Bagwell, John (Ron) Powell, Gary (Kelly) Bagwell, Anita (Kevin) Ahern, Sherri Bagwell Herbst, John Bagwell and Carol (Tom) Plant. . Steve was very proud of his family and extended family of over 20, not counting 16 cousins ??and their families.
Steve graduated from Kokomo High School in 1966, where he distinguished himself as a high school golfer, leading to opportunities at IU and Morehead State in Kentucky.
I don’t think our family really realized Steve’s potential with golf until we talked to Dan May, a close childhood friend of Steve’s. Dan was on the Evans Scholarship at IU, and was on the golf team at IU. He shared the following memories of Steve at KHS and IU:
Steve wanted a high school varsity K in sports, so he tried football. Unfortunately, he suffered a serious injury that dashed any hopes of a varsity paper in football, so he focused on golf. He played on the 1966 KHS golf team and proved that he was a proficient golfer, earning his university K.
He came to IU in the fall of 1969 hoping to try out for the IU golf team, which included Don Padgett II, an NCAA All American and in 1989, the Indiana Golf Hall of Fame, and the current Big Ten champion. Also on that team were Wayne McDonald, an NCAA All-American who was later inducted into the IU Athletics Hall of Fame in 2010, and Bob Mann, the PGA Tour player who won the PGA Tour in five years on tour.
Steve beat them all in the IU Golf Team qualifying event, but Steve’s golf talent far outstripped his academic talent; Therefore, Steve was transferred to Morehead State in Kentucky. He competed with Bill Spanuth, who won the 1966 Indiana High School individual golf title at the same level. Steve left college for good because, once again, he struggled with his grades.
Steve continued to play golf in the Kokomo area, even finishing second to Dave Grant, the 1958 state high school champion and younger brother of legend Junior Grant.
When we look back, we can see how some of life’s choices would have made a big difference in Steve’s life, but I’m pretty sure Steve would have said, “Don’t cry for me, I’ve lived the whole of my life.” Enjoyed the twists and turns.”
Steve was later diagnosed with diabetes, which began to decline in his health and lead to a number of health issues.
About six years ago, Steve was diagnosed with a progressive disease called Lewy body dementia, which he fought and could not overcome.
Steve chose to donate his body to science in 2010, and confirmed his choice with me in 2019.
Steve was a born again Christian who was a member of the Church of Christ on South Cortland, Steve knew where he was going in the end.
There will be a condolence meeting for Steve at his church, Cortland Avenue Church of Christ, on Sunday, October 2 at 2 p.m.

F
(?) Cayton is the daughter of Edward Howe Cayton and Vella Mae Bagwell.1

Mary was born on August 19, 1920, the daughter of Charles C. and Margueritte (Eaton) Kirkendoll.

Mary retired from public service with the Illinois Department of Veterans' Affairs in 1985 following 22 years as Service Officer Associate in the Olney office. Mary's brother Charles was a disabled Veteran and she took great pride in helping those who served their country. Mary graduated third in her class from Charleston High School in 1938. Her first job out of High School was with the National Youth Administration in Charleston one of the Roosevelt back to work New Deal agencies. While working there she met her future husband Clessie, who was assigned by the Civilian Conservation Corps to Fox Ridge State Park. The NYA and CCC helped build their skills and propelled them forward in pursuit of the American Dream. She was a proud Democrat and always fond of the idea that it was the New Deal that created her family.

Moving to Olney from Mattoon, Mary built her home while Clessie worked the new family farm and ABCO Oil Operators a small independent oil company. Mary was a Girl Scout Leader, a member of the Business and Professional Women's club and held several officer positions with that organization. Upon her retirement in 1982 she devoted herself to her hobby of doll clothes creation and design, contributing well over 1,000 dolls over 26 years to the Salvation Army for Christmas time gifts and the Richland Memorial Hospital Auxiliary for sale in the gift shop until her health forced her to retire from her hobby at the age of 91. 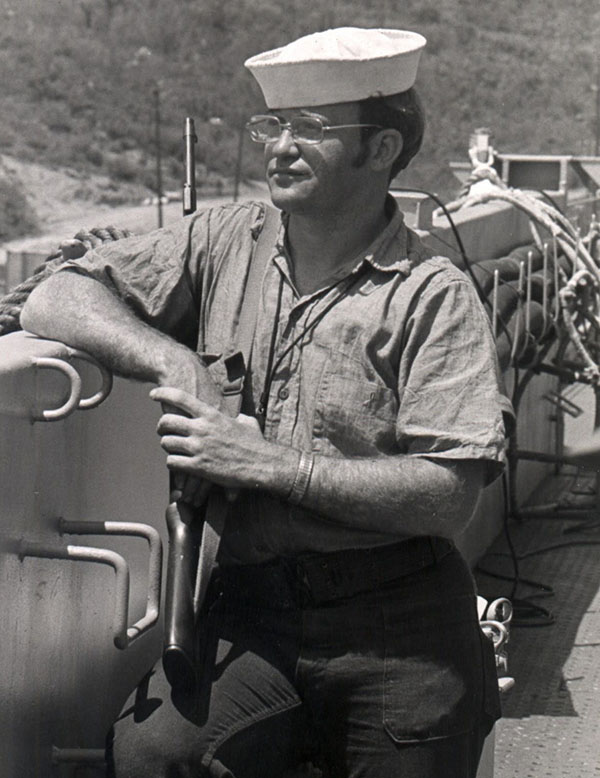 Houston retired from Champion Laboratories, Inc. in West Salem and Albion, IL. in 2012. He graduated from East Richland High School in 1965 and from Southern Illinois University in 1978 with a Bachelor of Arts degree.

Houston was a photographer, painter, pencil and digital artist. He worked at Champion Laboratories for over 30 years where he enjoyed working with his many friends. He served in the United States Navy during the Vietnam war on the USS Dubuque and served aboard when the ship conducted helicopter minesweeping operations for Operation Endsweep in 1973 the naval mine removal operation in North Vietnamese waters at the end of the war. His greatest passion was genealogy, cataloging many families in Richland and Jasper counties, leading him to request burial with his Revolutionary War ancestors in Parke County, Indiana.

He is survived by his daughter Jennifer Bagwell, former spouse Debbie (Wilkinson), his sister Janice Ma, her husband, Yen-Tien (Columbia, MD), his brother Timothy and his fiancée, Denise (St. Louis), his nephew, Chris Ma and his wife, Terriann, his niece Dr. Loralie Ma and her husband, Randy Ricktor, his great nieces, Nicole Bulte (Columbia, MD) and Camille Bulte of Baltimore, MD. He is also survived by his step-daughter Audrey Lynn and her sons Riley and Brody.

Memorials can be made to the Richland Co. Veterans Organizations.

A funeral service will be held at 2:00 PM on Saturday, May 18, 2019 at Kistler-Patterson Funeral home in Olney, with a visitation one hour prior. Full Military Rites will be performed at the funeral home.

Cremation rites will be accorded.
He was buried at Martin Cemetery, Ferndale, Parke County, Indiana.

Troy was born February 27, 1961, in Olney, the son of Clessie "Shorty" and Mary Kirkendoll Bagwell.

He was a junior at East Richland High School.

He is survived by his parents and brothers and sister, Houston and Timothy Bagwell both of Olney, Janice Ma of Lyle and grandparents.2

BAGWELL, Charles, Sr. Charles Thomas Bagwell, Sr. of Knoxville Tenn., formerly of Roswell, Ga., died peacefully on June 27, 2009 surrounded by family members. Mr. Bagwell was a bank official was employed by Trust Company Bank, Roswell Bank and Citizens and Southern Bank among others during his career. Preceding his retirement Charles was employed by Whitaker and Associates in Roswell. Charles was preceded in death by his parents, Annie Ruth and Paul Bagwell, his brother Paul Bagwell, Jr. and his sister, Barbara Banks. Charles is survived by his loving wife of 54 years, Linda Allen Bagwell and four adoring children: son, Charles Thomas, Jr. (Chuck/Woody) of Columbus, OH, son Gary (Hoss) and wife Candi Bagwell of Nashville, TN, daughter Kelly and husband Bobby Stewart of Dawsonville, GA, and son, Russell (Rusty) and wife Erin Bagwell of Knoxille, TN. Also surviving are a sister-in-law, Marjorie Bagwell of Mableton, 10 grandchildren, 11 great-grandchildren and numerous nieces and nephews. The family will be receiving guests Tuesday evening from 5-8 p.m. Funeral services will be held on Wednesday morning at 11 a.m. at Northside Chapel Funeral Directors and Crematory, Roswell/Alpharetta.1

Children of Charles Thomas Bagwell Sr. and Linda A. Allen