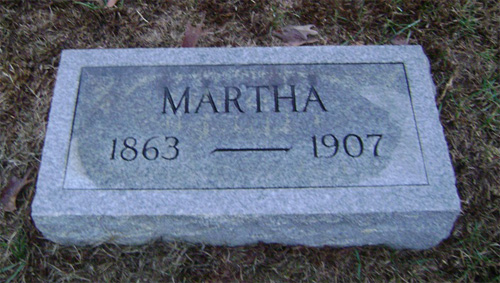 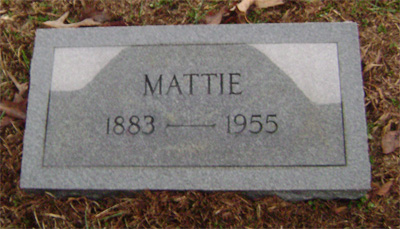 Children of Martha A. Blackstock and William Bagwell

Francis Bagwell was born on 24 October 1819 in Shelby County, Alabama. She was the daughter of Fredrick Bagwell and Margaret Ann (Peggy) Crawford. 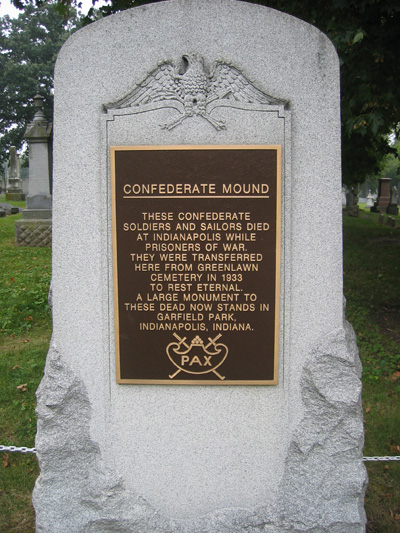 The 4th Infantry was among the troops posted at Fort Henry on the Tennessee River, under General Lloyd Tilghman (CSA), when General Grant's (US Army) land and river expedition approached in February, 1862. After the naval attack by Union forces, the Confederates were compelled to the surrender Fort Henry on February 6, 1862. The 4th Infantry Mississippi retreated to Fort Donelson where the fighting continued and the surrender of Fort Donelson followed. Many of the 4th Mississippi Infantry became prisoners of war. Henry B. was taken to Fort Morton, a POW camp, in Indianapolis, Indiana where he died along with 1,600+ confederate soldiers. The confederate soldiers were buried in Green Lawn Cemetery in Indianapolis, Indiana. In subsequent years, erosion by the White River and commercialization forced the closing of the cemetery and relocation of all the graves, including the Confederate soldiers. Some of the dead were shipped home, some were relocated to Crown Hill Cemetery (Section 32 - Lot 285) in Indianapolis, Indiana and buried in a mass grave. A plague in Crown Hill Cemetery denotes the soldiers that died at Camp Morton. One of the Confederate soldiers listed is H.B. Bagwell serving in Company A, 4th Infantry Mississippi. It is unknown whether Henry B. was relocated to Crown Hill Cemetery or sent home to Mississippi for burial.

It is assumed Henry B. was buried at Shiloh Methodist Cemetery, Choctaw County, Mississippi.1

Children of Henry B. Bagwell and Angeline Thompson

James William Bagwell was born on 17 August 1828 in Shelby County, Alabama.1,2 He was the son of Fredrick Bagwell and Margaret Ann (Peggy) Crawford.2 James William Bagwell married Jane Palina Ivy on 12 November 1850 at Winston County, Mississippi. Private, C Cty "K", 15th MS Infantry, "Choctaw Grays." James William Bagwell died on 4 December 1911 in Winston City, Mississippi, at age 83
FAMILY STORIES: James W. Bagwell was living with his mother, Margaret Ann Crawford Bagwell, at the homestead at the time of her death. He sold a portion of the farm, and then John Bagwell(father of Lena) got possession of the property, upon which a portion of the Frederick Bagwell homestead was still standing.It was a large log house. Mrs. Lena Bagwell Dotson got the property from her father, and tore down the remains of the old log house and built a new house on the same spot. Mrs Dotson sold this property when she moved to Los Angeles, California in December of 1939, after the death of her husband.1
He was buried at Murphy Creek Baptist Church Cemetery, Winston County, Mississippi.1 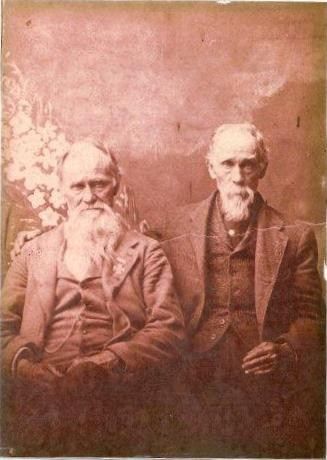 F, b. 14 November 1809, d. 21 January 1896
Nancy Harper was born on 14 November 1809 in Auburn, Barrow County, Georgia.2,1 She was the daughter of William Harper. As of 1828,her married name was Bagwell. Nancy Harper married James William Bagwell, son of John Daniel Bagwell and Rachel Chamblee, in 1828 at Anderson County, South Carolina. Nancy Harper lived in 1850 in Eastern Sub Division, Anderson District, South Carolina.1 Nancy filed petition to sell land in 1848 on Saluda River. Nancy, with her 9 children is located in Anderson 1850,
living near her father-in-law, John Daniel. Nancy moved her family to Gwinnett County, Georgia between 1850 and 1860, along with her father-in-law, John Daniel Bagwell. She lived in 1870 in Hog Mountain, Gwinnett County, Georgia. She was living with her daughter (Amanda) and her son-in-law's Hiram N. Rainey (Raney). She died on 21 January 1896 in Gwinnett County, Georgia, at age 86.3 She was buried at Harmony Grove Cemetery, Auburn, Barrow County, Georgia.