F, b. November 1898
Inez Bagwell was born in November 1898 in Louisiana. She was the daughter of James Coleman Bagwell and Henrietta Mae Jones.

Mr. Bagwell passed away Saturday, January 17, 2015, at the Northeast Louisiana Veteran’s Home. He retired from the railroad and was a Marine veteran of WWII. Mr. Bagwell will be remembered as a family man of great character who would help anyone in need of anything. He will be sorely missed by everyone.

Mr. Bagwell was preceded in death by his wife, Mary Ann Bagwell; daughter, Beverly Bagwell Armstrong; and stepson, Vernon Jennings, and his parents.

Visitation will be 1:00 PM until service time Monday at the Mausoleum Chapel.

F
Laura McCullough is the daughter of William H. McCullough and Stella Bagwell. 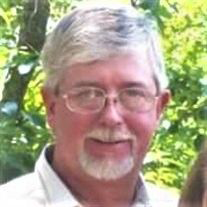 
Mr. Brian Keith Bagwell age 62 of Fyffe, AL passed away on Friday, January 22, 2021 at DeKalb Regional Medical Center. Due to Covid-19, visitation will be held on Monday, January 25, 2021 from 5PM-7PM for the immediate family & close friends. Grave side services will be held on Sunday, January 31, 2021 at 2PM at Trinity Cemetery with Bro. Karl Abernathy officiating. Rainsville Funeral Home, Inc. directing, www.rainsvillefuneralhome.com.

Debbie Bagwell is the daughter of James Denson Bagwell and Helen Louise Phillips.1

Ivar Jean Bagwell was born on 18 March 1945.1 She was the daughter of Carl Clarence Bagwell and Dorothy Elizabeth Evans.1 Ivar Jean Bagwell died on 13 January 1966 at age 20.1 She was buried at Arab Memorial Cemetery, Arab, Marshall County, Alabama.1

M
Michael Bagwell is the son of Joan Bagwell.