Michael Bagwell is the son of Jacob Douglas Bagwell and Dorothy Meier.

Mr. Bagwell was born September 9, 1931 in Sumter County, GA, son of the late Freeman Bagwell and Katie Mae Smith Bagwell. Mr. Bagwell moved to Miami in 1957, opened a business in security which grew to be recognized nationwide. In 1970 while visiting family in Columbus, GA, he met and married Cynthia Davidson. Mr. and Mrs. Bagwell remained in Miami until they retired in 2006 and moved to Columbus, GA. Mr. Bagwell had a unique talent of planning for the future when it came to family and business, many times making a good idea into a better one.
Other than his parents, he was preceded in death by his sisters, Betty Travis and Patsy Ann Bagwell.

Survivors include his wife, Cynthia Bagwell of Columbus, GA; brothers, Jack Bagwell and E.P. Bagwell both of Columbus, GA; 3 children, Bonnie Diane Borger and John Christopher Bagwell all of Appollo, PA and Barbara Ann Itterley of Lake City, FL; 6 grandchildren and 4 great-grandchildren.1
He was buried on 1 June 2017 at Oak Grove Cemetery, Americus, Georgia.1

Jack Bagwell is the son of Oliver Freeman Bagwell and Katie Mae Smith. 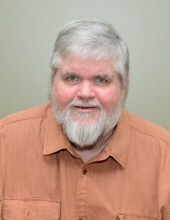 John lived in Washington Township since 2014, and obtained many degrees during his time at Montana State University. He worked setting up computer networks for hospitals, and was employed as a locksmith for 20 years.

He was a member of Cornerstone Ministries in Murrysville, and volunteered at the Cornerstone Food Bank, and repaired cars as part of his volunteer work. John was also an ordained minister, and traveled to Belize on a missionary trip to the do the work of Jesus, his Lord and Savior. He also held a black belt in taekwondo.

Arrangements have been entrusted to the Curran-Shaffer Funeral Home and Crematory, Inc.

In lieu of flowers, memorial contributions may be offered in John’s name to Cornerstone Ministries, 2200 Cornerstone Lane, Export, PA 15632.

Betty B. (Bagwell) Travers, 74 years old, died on Nov. 11, 2011, in the Highlander Nursing Home, Fall River. Born in Plains, GA she was raised in Americus, GA where she was educated. Betty has been a resident of the Taunton area since 1959. She formerly attended the Memorial Methodist Church in Taunton. Betty was an attendant at both the Paul A. Dever State School and the Wrenthan State School before retiring in 2000. She was the widow of Benjamin Travers and is the mother of Robert Travers and his wife Cheryl and Patricia Travers all of Taunton. Betty also has family in GA. Visiting hours are omitted. A Graveside Service will be held at the Massachusetts National Cemetery, Bourne on Wednesday at 1:30 PM. Relatives and friends are invited to attend. Arrangements by the Crapo-Hathaway Funeral Home, 350 Somerset Ave. Taunton, MA. To light a candle or access the memorial register go to www.hathawayfunerals.com.

Child of Rosalind (?) and Steve Bagwell

M
Luke Alligood is the son of (?) Alligood and Roberta Bagwell.

M
Timothy Alligood is the son of (?) Alligood and Roberta Bagwell.

M
Ian Alligood is the son of (?) Alligood and Roberta Bagwell.

Children of (?) Alligood and Roberta Bagwell

M
Shaefer Bagwell is the son of Bruce D. Bagwell.