Bennie Bagwell is the son of James William Bagwell and Ruby Bruce.

Mrs. Bagwell was born February 8, 1926 in San Diego, California to Charles and Mary Duffy and passed away Wednesday, April 21, 2010 at St. Francis Hospital Monroe, LA after a lengthy illness. She worked as a PBX operator at Pacific Bell during World War II and later for the County of San Diego. She enjoyed traveling, camping and reading, but most of all, time spent with her family. She delighted in every happy event in the lives of her children, grandchildren and great-grandchildren and she was always ready to lend a hand in times of difficulty. She and her husband moved from San Diego in 1999, leaving behind close friends and family, to be near her children. She soon made many new friends in West Monroe, LA. She was preceded in death by her parents and her husband of 40 years, James (Red) Bagwell.

Memorials may be made to Ouachita Baptist Church, the Humane Society or M. D. Anderson Research Hospital.

M, b. October 1879
Joseph O. Bagwell was born in October 1879 in Alabama. He was the son of Jeremiah M. Bagwell and Martha Jane Ross.

Mr. Bagwell passed away Sunday, September 23, 2007 at St. Francis Hospital. He was a member of Sandel Drive Baptist Church. He was also a Army Veteran of WWII. Mr. Bagwell retired from L P & L. He was preceded in death by his parents, Vada and Henry Bagwell; his wife and mother of children, Frednia Boyd Bagwell.

Visitation will be Tuesday from 5:00 PM until 7:00PM at Mulhearn Funeral Home, Sterlington Road, Monroe.

F, b. circa 1906, d. 26 May 1963
Ollie Martin Butler was also known as Ollie Beatrice Butler. She was born circa 1906 in Alabama. As of 18 August 1920,her married name was Bagwell. She married Edward Lynn Bagwell, son of Jeremiah M. Bagwell and Martha Jane Ross, on 18 August 1920 at Birmingham, Jefferson County, Alabama. Ollie Martin Butler died on 26 May 1963 in Birmingham, Jefferson County, Alabama. 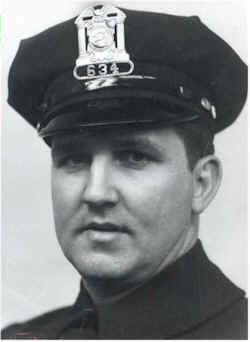