Emma L. Burgess was born in August 1887 in Georgia. She was the daughter of William Jack Burgess and Flora C. Bagwell.

Benjamin Burgess was born in March 1893 in Georgia. He was the son of William Jack Burgess and Flora C. Bagwell.

Ray O. Burgess was born in September 1895 in Georgia. He was the son of William Jack Burgess and Flora C. Bagwell.

Broughton B. Burgess was born circa 1906 in Georgia. He was the son of William Jack Burgess and Flora C. Bagwell.

Ruth Burgess was born circa 1904 in Georgia. She was the daughter of William Jack Burgess and Flora C. Bagwell.

William J. Burgess was born circa 1903 in Georgia. He was the son of William Jack Burgess and Flora C. Bagwell.

Children of James Edgar Bagwell and Hattie A. Richardson

Although his gravestone shows birth year of 1877, death record shows birth year as 1874. This is likely correct based on the census records.2
He was buried at Mount Pisgah Community Cemetery, Woodville, Tyler County, Texas.2

Neta Booker Bagwell was also known as Booker Bagwell. He was born on 19 January 1889 in Texas.1,2 He was the son of Pinkston Valentine Bagwell and Elizabeth Irene Barnes.1 Neta Booker Bagwell died on 6 September 1908 in Texas at age 19.2 He was buried at Carter Cemetery, Grimes County, Texas.2

Mattie Bagwell was born in February 1893 in Texas.1 She was the daughter of Pinkston Valentine Bagwell and Elizabeth Irene Barnes.1 As of before 1911,her married name was Roberts. Mattie Bagwell married John Thomas Roberts before 1911. Mattie Bagwell died in 1920 in Texas. She was buried at Garden Of Memories, Elkhart, Anderson County, Texas.

31st Infantry Regiment, organized at Wilmington, North Carolina, in September, 1861, contained men from Anson, Edgecombe, Brunswick, Beaufort, Craven, and Harnett counties. Stationed at Roanoke Island, the unit was captured in February, 1862. After being exchanged, it was assigned to General Clingman's Brigade and remained under his command for the duration of the war. The 31st fought at White Hall, then moved to the Charleston area where it was engaged in various conflicts including the fight at Battery Wagner. Ordered north it took an active part in the battles at Drewry's Bluff and Cold Harbor, and later endured the hardships of the Petersburg siege north and south of the James River. In 1865 it fought its last battle at Bentonville. The unit had 456 effectives at Roanoke Island and lost 7 killed, 31 wounded, and 1 missing defending Battery Wagner on July 18, 1863. Few surrendered with the Army of Tennessee. Its commanders were Colonel John V. Jordan; Lieutenant Colonels Daniel G. Fowle, Charles W. Knight, and Edward R. Liles; and Majors John A.D. McKay and Jesse J. Yeates.1,2 Andrew Jackson Bagwell married Nancy Bryant on 12 August 1873.1 Andrew Jackson Bagwell married Cornellia Yeargin on 30 November 1883.1 Andrew Jackson Bagwell died in 1904 in Wake County, North Carolina. 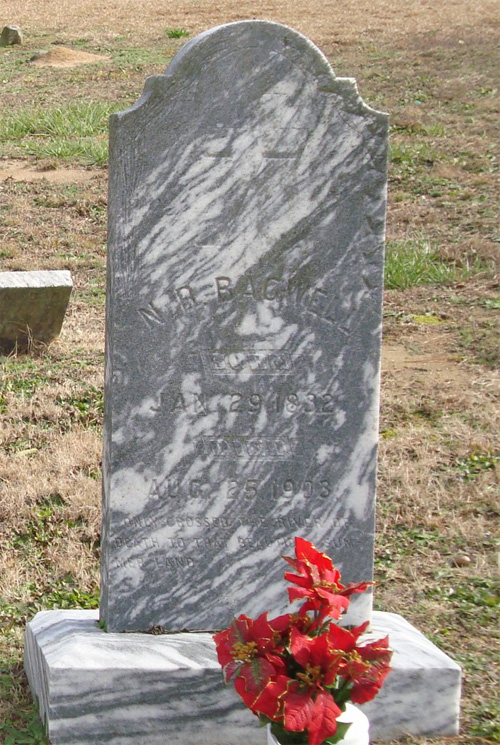