Maude Bagwell was born circa 1876 in Alabama. She was the daughter of William Anderson Bagwell and Nancy Ellen Turbyfill. Maude Bagwell married George Tacket after 1890.

M, b. circa 1875
George Tacket was born circa 1875. He married Maude Bagwell, daughter of William Anderson Bagwell and Nancy Ellen Turbyfill, after 1890. 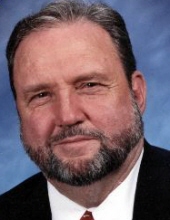 Blueford Alandas Bagwell died on 28 April 1904. He was born on 28 April 1904 in Huntsville, Walker County, Texas. He was the son of Mark Miller Bagwell and Elvia Jane Decker.

Graveside services will be at 10:00 AM Monday at the Claude Cemetery, Claude, Texas with Jed Humphrey, Minister of Worship at South Georgia Baptist Church officiating. Arrangements are by Rector Funeral Home, 2800 S. Osage St.

She married H. Raymond Bagwell on October 27, 1947 in Plainview. They lived on a farm south of Claude for 30 years before moving to Claude proper. Mrs. Bagwell enjoyed reading, watching western movies, genealogy, quilting and collecting lamps and clocks.

She was preceded in death by an infant daughter, Mary Catherine in 1959 and her husband, Ray in 1999.

She is survived by 2 daughters, Sherry Wright and her husband Tim of Spring and Linda Bagwell of Amarillo; a son, Don Bagwell of Llano; a sister, Lois Tucker of Amarillo; 4 grandchildren, Christie Lord, Melissa White, Russell Bagwell and Meredith Sirkel; 8 great-grandchildren and several nieces and nephews.

The family would like to extend a heartfelt â?oeThank Youâ?? to the doctors and staff of Georgia Manor Nursing and Rehab and Hospice of the Southwest for the exemplary care given to our mother.1
She was buried at Claude Cemetery, Claude, Armstrong County, Texas.1

Services will be at 2 p.m. today in First Baptist Church with the Rev. Jim Brown, pastor, officiating. Burial will be in Claude Cemetery by Robertson Funeral Directors of Clarendon.

Mr. Bagwell was born in 1919 in Claude and had lived in Claude all of his life. He married Dorothy Anne Kennedy in 1946 at Clarendon. She died in 1986. He had been a farmer and rancher most of his life and was a member of the Claude Masonic Lodge. He was also a 32nd-degree Mason, a member of the Armstrong County Farm Bureau, and a member of First Baptist Church.

Survivors include a daughter, Susan Bagwell-Kinsey of Denver; a son, Larry Bagwell of Boulder, Colo; a sister, Evelyn Blanton of Claude; and a brother, Ralph Bagwell of Claude.

Larry Bagwell is the son of Elmer Truman Bagwell and Dorothy Anne Kennedy.

Services will be at 11 a.m. Tuesday in First Baptist Church with Dr. Charles Davenport of Tulia and the Rev. Janet Edwards, pastor of First United Methodist Church, officiating. Burial will be in Claude Cemetery by Robertson Funeral Directors Inc. of Clarendon.

Mrs. Blanton was born Oct. 11, 1914, in Armstrong County where she lived her entire live. She married Russell Blanton on Dec. 1, 1935, in Claude. She was a homemaker and a member of First Baptist Church in Claude.

She was preceded in death by her husband in 1977 and by two sisters and three brothers.

The body will be available for viewing Monday in Claude.

The family suggests memorials be to the Juvenile Diabetes Foundation or a favorite charity.

http://files.usgwarchives.net/tx/potter/obits on 8 February 2011.1 She was buried at Claude Cemetery, Claude, Armstrong County, Texas.1


After high school, he earned his B.B.A degree in Economics at Oglethorpe University in Atlanta, where his father was an alumnus. He was president of the Alpha Nu Chapter of Delta Sigma Phi Fraternity. He graduated from Law School at the University of Georgia. He became a lawyer, and worked in real estate, criminal, family, and business law for 30 years. He was preceded in death by his grandparents, Rev. Haldene and Catherine Bagwell, and Edgar Lee and Essie Nalley; aunt, Diane Bagwell Batchelor; and uncle Douglas M Nalley. Surviving are his parents Lanier and Diane Bagwell; wife, Noy C Bagwell; son, Andrew and his wife, Karina Bagwell; daughter, Mathis Bagwell; brother, Brian and his wife, Charo Bagwell; nephews, Brendan and Robert "Bob" Bagwell; and aunts and uncles, Marvin and Brenda Shoemake, Wade and Pam Tallant, L K and Janie Ditmore, Ed Batchelor.


He was buried at Maxwell Cemetery, Alpharetta, FUlton County, Georgia.