The funeral service for Mrs. Rice will be held at 3:00 p.m. on Sunday at Zion Hill Baptist Church, where Mrs. Rice had been a longtime member. Pastor Bobby Smith will officiate. Her family will receive friends for one hour prior to the service at the church.

Burial will take place the following morning, Monday, September 20, at 10:00 a.m. at Ashelawn Gardens of Memory.

Her family would like to express their appreciation to the staff of CarePartners Solace Center, particularly Karen, Pam, Amanda and Ellen, for the care and compassion shown to Mrs. Rice.


She was buried at Ashelawn Gardens of Memory, Ashveville, Buncombe County, North Carolina.

A native of Asheville, he was born February 6, 1917, the son of the late James Lester Merrell and Bessie Jackson Merrell.

He was preceded in death by his wife, Eldeva Bagwell Merrell; a daughter, Jean Ivester; three sisters, Ruth Wright, Ethel Murphy and Mildred Lisenbee; one brother-in-law, Rev. Eugene B. Hager.

Rev. Merrell attended High School in the Oakley and Biltmore areas of Asheville. He graduated from Mars Hill College in 1947, Furman University in 49, and Southwestern Baptist Seminary in 55. Pastorates included one in Peizer, S.C., one in Tyler, Texas, while he was a student in the seminary, Lookout Mountain in Lookout Mountain, Tenn., First Baptist, in Huntersville, N.C., and Green Memorial, in Charlotte. Two interim pastorates were Fairview, in Fairview, N.C., and Oak Grove, also in the Fairview community.

Noteworthy of his ministry, he was often an encourager to certain young people to pursue their goals by getting and completing a college education. A tremendous sense of humor often seemed his trademark.

After retirement, and most recently, he served as a Men's Sunday School Class teacher in Zion Baptist church in Braselton, Ga.

A memorial service will be held at Hooper's Creek Baptist Church with The Revs. Jeremy D. Johns and Jack R. Bagwell officiating. 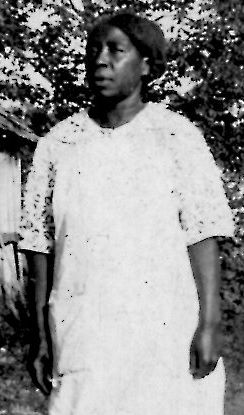 Julia Bagwell is the daughter of Charles Curtis Bagwell and Zelda Aileen Kemp.

F, b. 6 May 1898, d. December 1989
Joe Ada Israel was also known as Joada Israel. She was born on 6 May 1898.1 As of after 1905,her married name was Bagwell.1 She married Edward Judson Bagwell, son of Thomas Jenkins Bagwell and Fannie Jones Brown, after 1905.1 Joe Ada Israel died in December 1989 at age 91.1 She was buried at Greenlawn Memorial Gardens, Spartanburg, Spartanburg County, South Carolina.1