A graveside service will be at 2 p.m. Sunday at Brigham Cemetery with Dr. Ron Salfen officiating. Coker-Mathews Funeral Home is in charge of arrangements.

She worked for Morgan Davis and Company for 50 years before retiring at the age of 85. She loved her work and was a very dedicated and loyal employee.

She was a member of First Presbyterian Church and Beta Sigma Phi.

She is survived by a host of cousins and a sister-in-law and was preceded in death by her parents and two brothers.

Memorials may be made to First Presbyterian Church, 5905 Stonewall, Greenville, 75402.1


She was buried at Brigham Cemetery, Campbell, Hunt County, Texas.1 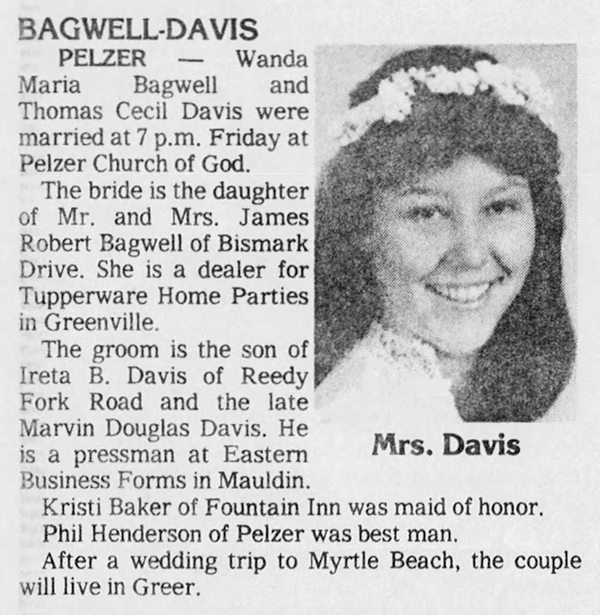 Emily Bagwell was born circa 1933. She was the daughter of James Roy Bagwell and Iva Daphine Traynham.1 Emily Bagwell died before 2007. 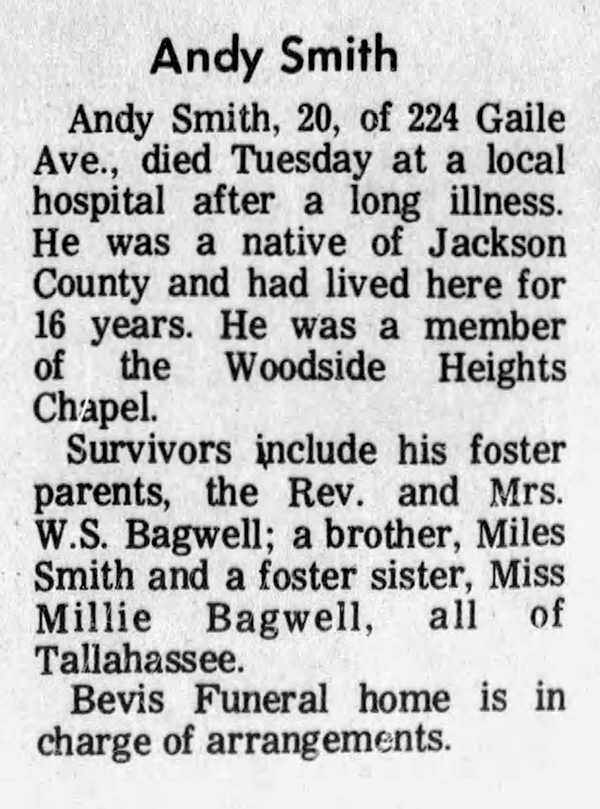 Andy Smith - Obituary
Tallahassee Democrat, February 17, 1971 - Page 08
Andy Smith was born circa 1951. He was the son of Reverend Walter Smith Bagwell and Mayme Laura Blount. Andy Smith lived in 1971 in Tallahassee, Florida. He died on 16 February 1971. 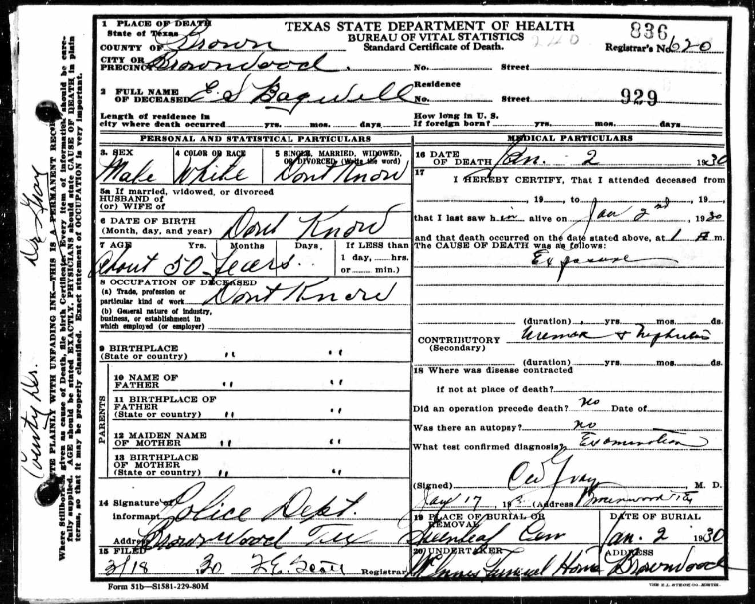