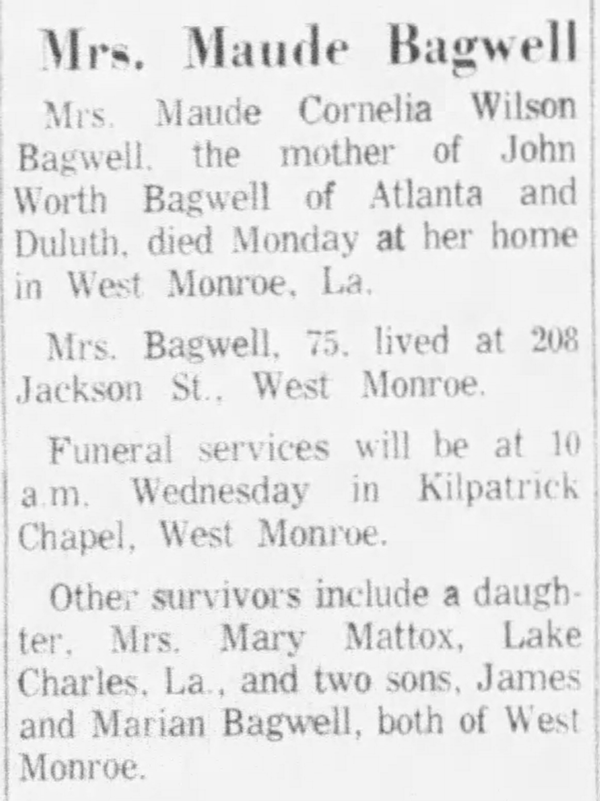 M, b. 28 May 1885, d. 17 February 1958
George Byanker Feazel was born on 28 May 1885 in Union Parish, Louisiana. He married Thelma Bagwell, daughter of Emanuel Dewitt Bagwell and Dorcas Louise Cheatwood, before 1925. George Byanker Feazel died on 17 February 1958 at age 72. He was buried at Mount Ararat, Union Parish, Louisiana.

Born January 7th, 1920, in Farmerville, he was a son of the late Frank and Maude Wilson Bagwell. He passed away on Friday, November 7th, 2008.

In addition to his parents, he was preceded in death by his beloved wife in May, 2004, and by 2 brothers and a sister.

A retired automotive mechanic with Ford Motor Company, Mr. Bagwell was a veteran of World War II, serving with the U S Army Air Corps and a member of the Highland Baptist Church.

Online condolences may be sent to the family at www.kilpatrickfuneral homes.com

Children of David Bagwell and Bonita (?)