Nadine Engram was also known as Naome Engle. She was born on 16 October 1902 in Alabama.1 She was the daughter of James Edward Engram and Vera Nevada Russ. Nadine Engram died on 25 December 1999 at age 97.1 She was buried at New Brockton City Cemetery, New Brockton, Coffee County, Alabama.1

In lieu of flowers, the family requests that donations. be made to the Enterprise YMCA, PO Box 310700, Enterprise, AL 36331-0700, or to any charitable organization serving the citizens of Coffee County.

Mr. Engram died Thursday, July 15, at his residence at Sunrise Assisted Living of Buckhead in Atlanta. He was born in New Brockton on Dec. 25, 1909, the fifth child of James and Vera Engram He graduated from New Brockton High School in 1926 and attended Birmingham Southern College for three semesters and Troy State Normal School for two terms before teaching mathematics at Mount Pleasant High School. He graduated in 1933 from George Peabody College for Teachers in Nashville. He taught English at New Brockton High School for two years and took summer courses at the University of Alabama.

Engram was a member of the First Baptist Church, he taught, a Sunday School class for almost 50 years and served as a deacon for many years. In 1970, he became the first president of the Enterprise YMCA, then served for many years on the Board of Directors. In November 2000, he was made an Honorary Board member for life of the Enterprise YMCA. He was a member the Board of Directors of the Coffee County Arts Alliance when it was organized in 1974 and served as chairman of the Finance Committee. In 1998, the Enterprise Rotary Club named him a Paul Harris Fellow. In December 2000, he moved to Atlanta to be near his family.

Engram was preceded in death by his wife, EIizabeth, in 1995, as well as three brothers Ralph John and James, and two sisters, Merle and Nadine. 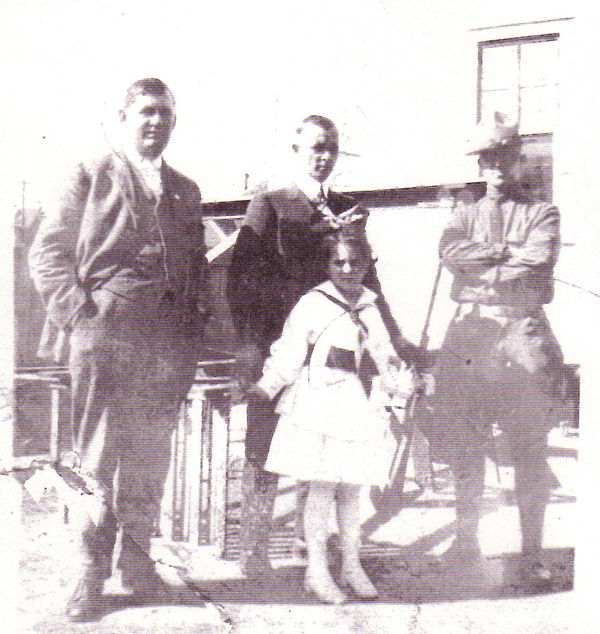 M, b. circa 1875
Virgil Oxford Callaham was born circa 1875 in Alabama. He married Sophia Caroline Burks on 15 November 1901 at Cullman County, Alabama. 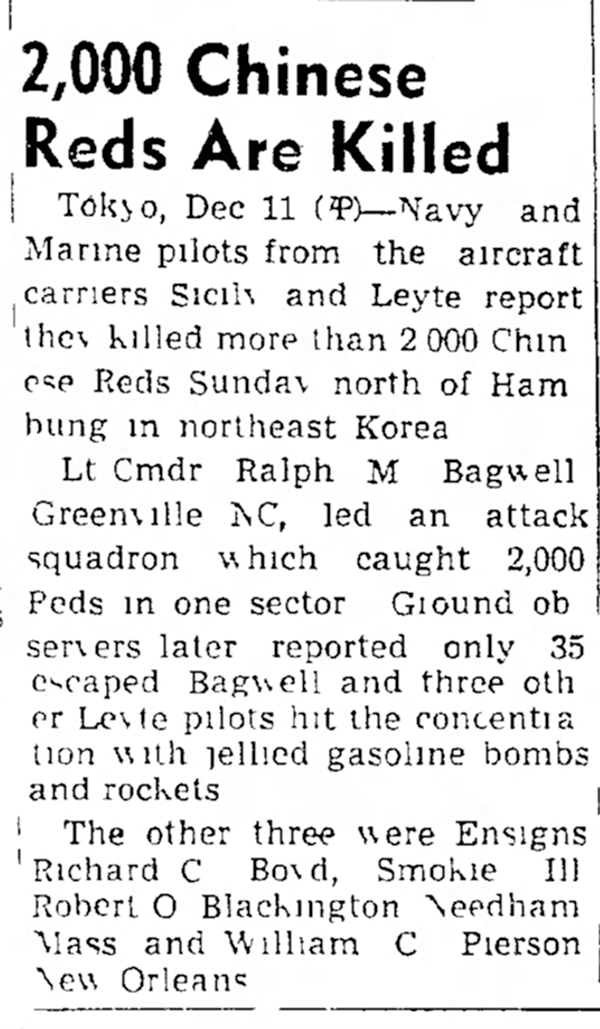 Lt. Commander Ralph Maxwell Bagwell
Nashua Telegraph (Nashua, New Hampshire) - December 11, 1950 - Page 7
Commander Ralph Maxwell Bagwell was born on 1 November 1919 in South Carolina.1 He was the son of James Luther Bagwell and Mildred Evangeline Wright. He was the Commanding Officer (Serial Number 85753) of VA-35 Squadron on the aircraft carrier USS Leyte (CV-32) in the US Navy. On December 12, 1950, He hit high tension wires during close air support, forced to land in enemy area and was captured (S/N 501). He was repatriated with all remaining POW's in Operation Big Switch. LCDR Bagwell's wingman at the time was ENS Richard Cantrell. He relates the following story about that mssion. "The weather over North Korea was always miserable during the winter months and December was no different. Our mission on that day was to get down as low as we could and hit targets close to the cit of Huichon, which as far behind enemy lines. The clouds were down low, we didn't have much room to work and I can remember the skipper stating 'I'm going down on the deck to work, so don't anyone follow me!'. Seconds after sending the radio message LCDR Bagwell nosed his AD over and went down to tree top level in search of targets. It was a dangerous move for even the most skilled pilot. So intent was his search that he failed to see, unitl it was too late, the electrical high tension wire directly in the path of his Skyraider. When he hit the wire, his AD went out of control and crash-lannded on the banks of the Chongchon-Gang River. He had no altitude and ther was no way he could maneuver to find a safer place to belly in. One the other Skyraiders in our division was close be and the pilot, ENS Eldon Jacobs, state that the engine tore loose flipping the plane over on its back and when that happened the vertical stabilizer broke off. LCDR Bagwell crawled out from under his aircraft and waved his arms to let everyone know he was uninjured. Witin a matter of minutes LCDR Bagwell was surrounded by Chinese Communists and captured. ENS Cantrell continues: ' It was very disheartening to watch Bagwell being taken prisoner and not being able to strafe the Chinese for fear of hitting our commander. It was with great reluctance that one of our division pilots had to radio the [rescue] helicopter to turn around and return to base. We stayed close and they marched him off in a southernlty direction toward a bivouac area that had at least 500 Chinese troops in it. We didn't dare make a strafing run because LCDR's life would have been a possible forfeit!

He was held at camp Pyok-Dong.

Distinguished Flying Cross
AWARDED FOR ACTIONS
DURING Korean War
Service: Navy
Rank: Lieutenant Commander
Battalion: Attack Squadron 35 (VA-35)
Division: U.S.S. Leyte (CV-32)
GENERAL ORDERS:
CITATION:
The President of the United States of America takes pleasure in presenting the Distinguished Flying Cross to Lieutenant Commander Ralph Maxwell Bagwell (NSN: 0-85753), United States Navy, for heroism and extraordinary achievement while participating in aerial flight as Pilot of an attack bomber plane and Commanding Officer of Attack Squadron THIRTY-FIVE (VA-35), attached to the U.S.S. LEYTE (CV-32), in action against enemy aggressor forces in Korea from 11 October to 12 December 1950. A superb leader and skilled airman, Lieutenant Commander Bagwell led his division on search and rescue missions, close air support flights and daring bombing attacks against enemy military targets in Songjin, Ch'onjin, Wonsan, Mapsu, Hungnam, Sinuiju, Hyesanjin, Sakchu, Ch'ongch'ong and Chosin Reservoir. Flying his aircraft in the face of hostile anti-aircraft fire and aerial opposition, he contributed materially to the success of his squadron in inflicting heavy losses upon the enemy and in providing excellent air support for friendly ground forces. On 12 December 1950, while pressing home low-altitude bombing attacks against the enemy in the vicinity of Huich'on, he executed a forced crash landing and was last seen in custody of enemy troops. His cool courage, expert airmanship and steadfast devotion to duty throughout were in keeping with the highest traditions of the United States Naval Service.1 Commander Ralph Maxwell Bagwell died on 12 November 2001 in North Carolina at age 82.1 He was buried at Mount Pisgah Baptist Church Cemetery, Anderson County, South Carolina.1

A educator, registered nurse and a home maker; a graveside service will be conducted Saturday, August 22, 2020 at 2:00 in Forest Lawn Memoria Gardens.

Children of George B. Bagwell and Ella Agnes Barlow

Children of Ella Agnes Barlow and George B. Bagwell