Sharon Marie Cox, 58, of Weatherford passed away Monday, October 08, 2012. Sharon was born July 6, 1954 in Denver, Colorado to Jessie Monette and Bob Bagwell.
Mrs. Cox was a legal secretary who worked for Jerry Buckner and others in the Weatherford community. She was a life-long Baptist. She was preceded in death by her father, Bob and brother, Bruce Bagwell.
Survivors include her husband, David W. Cox; daughters, Elisha Rene Cox and Stephanie Marks; step-sons, Robert M. and James A. Cox; mother, Jessie M. Bagwell; sister, Lisa Pickett and husband, Damon; nieces, Mandi and Amber Pickett and numerous nieces, nephews, cousins, aunts and uncles.
There will be a private viewing for family. 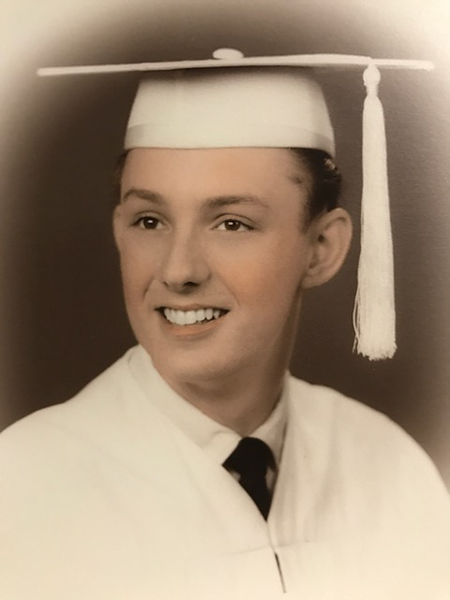 
Barry N Bagwell
February 16, 1940 - January 10, 2017
Barry N. Bagwell, age 76, of Elkton, passed away on January 10, 2017 at Bailey Center for Caring. Born in Atlanta, Georgia and raised in Miami, Florida, he graduated from Miami Jackson High School and then attended Tennessee Temple University where he received his Bachelors in Music with a proficiency in voice. He went on to attend Clarksville School of Theology in Tennessee, where he received his Doctorate of Philosophy in Religion. From 1965-1999, Barry served as a Pastor in various churches throughout the country. Many interests brought happiness to his life, but his two greatest joys were spending time with family and furthering his relationship with his Savior. He spent his last 13 years with the love of his life, Rosemary Sanders-Bagwell, whom he affectionately called “his” Rosie-Mae. He is survived by Rosemary, his daughters, Ashley Fuller, Julie Sanders, Nancy Smith, Debbie Lawrence, 12 grand children and great grandchildren. He was preceded in death by his parents Annabelle (Reid) and Wiley Bagwell. Memorial service will be held at 10:00 a.m. on Saturday, January 14, 2017 at Ancient City Baptist, where he was an active member.In lieu of flowers, please make a donation to TCM International Institute, (Taking Christ to Millions by Training Christians for Ministry): 6337 Hollister Drive #105 PO Box 24560, Indianapolis, IN 46224-2996 or www.tcmi.org. Through this donation, Barry will still be able to spread the gospel throughout the world.St. Johns Family Funeral Home is in charge of arrangements.1
He was cremated.

M, b. 30 June 1902, d. 9 March 1966
Jesse Tenner Bagwell was also known as Jessie Tenner Bagwell. He was born on 30 June 1902 in Spartanburg, Spartanburg County, South Carolina, Death certificate has birth date as July 29, 1902. Find-A-Grave has birth date as June 5 1902.1,2 He was the son of James Lee Bagwell and Arminnie Isabella Cantrell.1,3 Jesse Tenner Bagwell married Nancy Della Harris before 1925. Jesse Tenner Bagwell lived in 1940 in Danville, Danville City, Virginia. He was He worked at Riverside And Dan River Cotton Mills. in 1942 at Riverside And Dan River Cotton Mills. He was born on 14 July 1944. He and Nancy Della Harris were divorced before 1966.3 Jesse Tenner Bagwell died on 9 March 1966 in Kings Mountain, Cleveland County, North Carolina, at age 63.1,2 He was buried at Mountain Rest Cemetery, Kings Mountain, Cleveland County, North Carolina.2