Gladys Bagwell, 82, of Portales, died Friday, Feb. 4, 2000, at Plains Regional Medical Center.
She was born May 18, 1917, in Girard, Texas, to Gertrude and Ernest P. Gilmore. On Oct. 5, 1935, she married Loyd L. Bagwell. They made their home in Wellman, Texas, until 1944, when they moved to Floyd. In 1962, they moved to Portales. She was always active in her children's lives, acting as a room mother at school, baking cookies and other snacks for school functions, and following whatever activities they were involved in. She was an accomplished seamstress, and sewed many of the family members' clothes. She was also a devoted grandmother and spent a great deal
of time with her grandchildren. She was a member of the Southside Church of Chirst.
She was preceded in death by her parents, Gertrude and Earnest P. Gilmore; one son, Clyde Lee Bagwell; and by her husband, Loyd Bagwell, who died Sept. 21, 1972.
Survivors include one son, Truett Bagwell of Portales; one daughter Juanett Hamilton of Garden City, Kan; two brothers, Monroe Gilmore of Elida, and Jack Gilmore of
Conchas Dam; one sister, Faye Henry of Portales; 10 grandchildren; and 20 great-grandchildren.
Services will be held at 10 a.m. Monday, Feb. 7, at Wheeler Mortuary Chapel. Bill Turnbow will officiate.
Burial will be at Portales Cemetery.
Pallbearers will be Billy Bagwell, Johnny Bagwell, Devin Bagwell, Rick Bagwell, Bruce Bagwell, Brandon Broome and Jared Broome.
Arrangements are by Wheeler Mortuary.

Published in the Clovis News Journal and the Portales News Tribune, Sunday, February
6, 2000.

A gathering of friends and family to commemorate the life of Truett P. Bagwell, 75, of Portales will be held at Golden Acres Community Room in Portales at 12 Noon, on Tuesday, October 16, 2012.
Truett P. Bagwell was born January 5, 1937, in Brownfield, TX, to the home of Gladys and Lloyd L. Bagwell, and died in Portales, New Mexico on October 13, 2012. The Bagwell family moved to the Floyd community when Truett was a child, and he graduated from Floyd High School in 1955. He went on to attend Eastern New Mexico University where he earned both a Bachelor's and a Master's degree in Mathematics. Following the completion of his Master's degree in 1960, he went to work for Lockheed Aeronautics in Santa Clara, CA. He was later transferred to Huntsville, AL. In 1968, he returned to the Floyd community where he farmed until 1986. For the next several years, Truett worked at a variety of occupations, and finally became a math instructor at E.N.M.U. where he remained until his retirement several years ago. Since retiring, Truett enjoyed traveling, and being at home with his dog, Jenna. He had recently been taking some art classes at Eastern.
Truett is survived by two sons and daughters-in-law, Bruce and Leah Bagwell of Belfair, WA, and Devin and Tonya Bagwell of Dodge City, KS; a daughter and son-in-law, Kristina and Kevin Lenio of Ontario, CA; four grandchildren, Chelsea, Alyssa, Tiffany, and Texas Bagwell; a sister and brother-in-law, Juanette and John Hamilton of Bardstown, KY, and a sister-in-law, Marcy Bagwell of Clovis, NM.
He was preceded in death by his parents; a brother, Clyde L. Bagwell and by an infant daughter, Gianna Bagwell who died in 1967.
Arrangements are under the direction of Wheeler Mortuary of Portales, 575-356-4455, wheelermortuary.net
Published in the Clovis News Journal and Portales News-Tribune on Oct. 16, 2012.
He was buried at Portales Cemetery, Portales, Roosevelt County, New York. 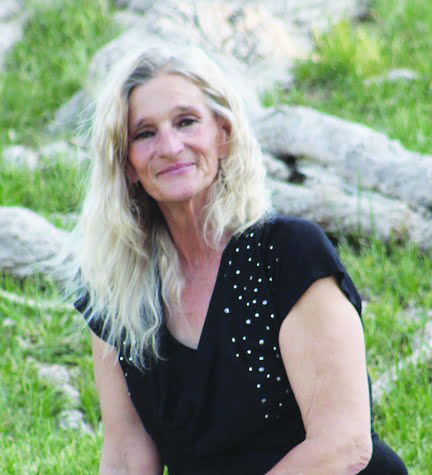 
Lorie Ann Sedillo-Bagwell, 57, passed away Jan. 7 in Moriarty. She was born April 20, 1961 in Portales, to Clyde and Marcy Bagwell. She attended school and graduated from Floyd High School where she was homecoming queen and a member of the State Champion basketball team. She married and gave birth to her two sons whom she devoted her life to. Lorie worked for Furr’s Grocery for many years as a carry out all the way to manager; after they closed she eventually went into caregiving and worked for Alianza for 14 years, providing love and help for special needs individuals. She enjoyed cooking, knitting and playing the computer game World of Warcraft with her boys. One of her favorite perks of work was spending time with her employer and friend Frankie Encinias at his ranch working with his horses and animals. Lorie was a selfless person who loved deeply and shared her heart with her family and friends with unconditional love. She will be missed greatly. Lorie was preceded in death by her father, Clyde Bagwell, whom she loved dearly. She is survived by her mother, Marcy Bagwell-Looney of Clovis; sons, Brandon Bruhn of Moriarty and Jerod Bruhn of Albuquerque; foster daughter, Angel Luna of Moriarty; brothers, Billy Bagwell and wife Candace of Portales, Johnny Bagwell of Clovis, and Ricky Bagwell of Hobbs; sister, Brenda Boaz of Jal, as well as numerous aunts, uncles, cousins, nieces and nephews. A memorial service will be held at Harris Hanlon Mortuary in Moriarty, Jan. 12 at 10 a.m., with Pastor Kelly Fulfer to officiate. Interment will be at the Clovis Cemetery at a later date.

She attended school and graduated from Floyd High School where she was homecoming queen and a member of the State Champion Basketball team. She married and gave birth to her two sons whom she devoted her life too.

Lorie worked for Furrs Grocery for many years as a carry out all the way to manager, after they closed she eventually went into caregiving and worked for Alianza for 14 years. Providing love and help for special needs individuals. She enjoyed cooking, knitting and playing the computer game World of Warcraft with her boys. One of her favorite perks of work was spending time with her employer/friend Frankie Encinias at his ranch working with his horses and animals.

Lorie was a selfless person who loved deeply and shared her heart with her family and friends with unconditional love. She will be missed greatly.

Lorie is preceded in death by her father, Clyde Bagwell, whom she loved dearly.

A Memorial Service will be held at Harris Harris Mortuary in Moriarty, New Mexico on Friday, January 12, 2018 at 10:00 A.M. Pastor Kelly Fulfer will Officiate. Interment will be at the Clovis Cemetery in Clovis, NM at a later date.

Mercedes Y. Bagwell – Looney, 79 years of age of Clovis, New Mexico passed away Tuesday, November 30th, 2021, at Plains Regional Medical Center.
Marcy was born November 5th, 1942, in the Panama Canal. She was raised in the Christian Childrens Home in Portales, New Mexico. Her foster parents were Mary and Andy Jacobsen. Marcy was referred to as "Speedy" in her younger days. They called her speedy for her roller-skating speed and skills and ability to get things done quickly. She had met her first husband Clyde Bagwell of Portales, New Mexico. They had gotten married when she was only 16 in the year of 1959. Clyde and Marcy had 5 children together. Billy, Lorie, Johnny, Brenda, and Ricky. After her husband had passed she had remarried to Howard Looney. She had played a key role in raising grandchildren Chris and Loyd Bagwell, and Sarah Odegaard.
Marcy was a woman who wore many hats. After her second husband had died she went to work. At times you would notice her working two or even three jobs. Marcy was very involved with her community. She would volunteer at the Lighthouse Mission, Salvation Army, and Celebrate recovery. Marcy was also a member of Al-anon. Marcy loved to keep her hands busy. She had a helping hand in many churches over the years, school functions, and activities. She loved to crochet, knit, and canning anything possible. She loved fishing, horse riding, and camping. In her later years of life, Marcy had beat lung cancer and breast cancer. After her surgeries her goal was to saddle and ride her horse she was very proud to achieve that goal she had set for herself.
Marcy was a Strong willed, Independent, and devoted woman. Marcy loved the simple things in life. Her greatest accomplishments in life were the family she had created.
Marcy is survived by her 3 sons: Billy Bagwell and wife Candice Bagwell of Portales, NM, Johnny Bagwell of Portales, NM, Ricky Bagwell of Clovis, NM, Daughter: Brenda Boaz of Clovis, NM, and many grandchildren and great grandchildren.
Marcy is proceeded in death with husbands: Clyde Bagwell, and Howard Looney, daughter: Lorie Bagwell – Sedillo, grandchildren: Kristen Bopp, and Jeremy Hume.

Betty Jean Bagwell was born on 19 September 1937 in Albuquerque, Bernalillo County, New Mexico. She was the daughter of Percy Cope Bagwell and Mae Isa Craig. Betty Jean Bagwell died on 8 March 2008 at age 70
Betty Jean Bagwell, age 70, a longtime resident of Albuquerque, NM, passed away on March 8, 2008.
Betty Jean was born on September 19, 1937 to Percy Cope and Mae Isa (Craig) Bagwell of Albuquerque.
Her career included serving as a school bus contractor for Albuquerque Public Schools.
Betty Jean is survived by her sisters, Gloria Mae Bagwell, June Lovitt and Maxine Foil, her brothers, John Bagwell and Lee Rhodes and many nieces and nephews, including a very special niece, Robin García and her husband, Andy and dear friend, Millie Huff.
Betty Jean was preceded in death by her parents, a sister, Pamela Dell Irish and brothers, Robert G. Rhoades and Percy Craig Bagwell.
A Viewing and Visitation will be held on Wednesday, March 12, 2008 from 4:00 p.m. until 6:00 p.m. at the Chapel of Daniels Family Funeral Services, 1100 Coal Ave. SE. The Graveside Service will be held on Thursday, March 13, 2008 at 11:00 a.m. at Sunset Memorial Park, 924 Menaul Blvd. NE. Pallbearers will be Andy García, Jerry James Sánchez, James Craig, Aron Craig, J.R. Craig and Patrick Maloy.
She was buried at Sunset Memorial Park, Albuquerque, Bernalillo County, New Mexico.