F, b. 17 May 1911, d. 16 March 2003
Annie Francis Bernard was born on 17 May 1911 in Virginia.1 As of before 1943,her married name was Bagwell. She married Esthel William Bagwell, son of George Augustus Bagwell and Rachel Lewis, before 1943. Annie Francis Bernard died on 16 March 2003 in Bloxom, Accomack County, Virginia, at age 91.1 She was buried at Parksley Cemetery, Parksley, Accomack County, Virginia.1 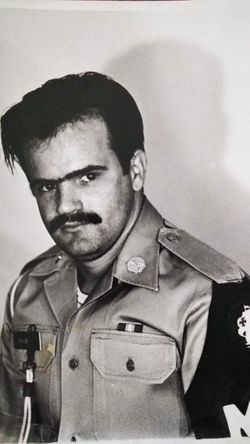 Carl Bagwell - 1958 to 2021
Photography courtesy of Find-A-Grave
Carl Bagwell was born on 21 September 1951 in Lawrenceville, Indiana.1 He was the son of Elmer Lee Bagwell and Lois Marie "Rose" Scheidecker.1 Carl Bagwell married Trena "Kim" (?) after 1975. Carl Bagwell died on 3 April 2019 in Springfield, Illinois, at age 67
Carl served his country in the United States Army in Panama as a member of the 534th military police, Southern Command. He was employed by the Comptroller’s office for many years and also worked as a security guard for the Convention Center and Concordia. Carl was a member of the Ma Fatz Horseshoe Club and the Teamsters. As a car enthusiast, he enjoyed working on cars in his spare time.

He was preceded in death by his parents; his step-mother, Kitty Bagwell; and two brothers, Dwayne and Steve Bagwell.

He is survived by his daughter, Brandy (Henry Taylor) Bagwell of Springfield; his wife, Trena “Kim” Bagwell of Springfield and her children, Amber, Richard, Jared, Jayce, Kaleb, and Laura; thirteen grandchildren; five great-grandchildren; five siblings, Jerry, Mike, Rodney, Dave, and Rose Marie Bagwell; numerous nieces, nephews, and cousins; and many other children that affectionately referred to him as Pa Pa.

Cremation will be accorded by Butler Cremation Tribute Center prior to ceremonies.
He was buried at Camp Butler National Cemetery, Springfield, Sangamon County, Illinois.

He was born August 23, 1956, in Hammond, IN to Elmer and Rose Bagwell. He married Debra Watson on May 20, 1997, at the Sangamon County Courthouse. He was preceded in death by his parents and his first wife.

He graduated from Red Rock College in Denver, CO with a degree in master carpentry. He was the best husband, brother, father, grandfather, friend and helper to all humans and animals. 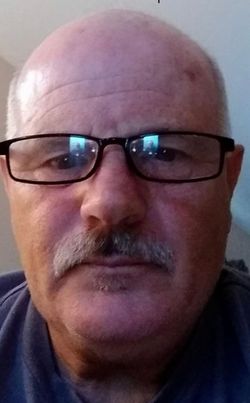 He was born on December 13, 1958 in Hammond, IN, the son of Elmer Bagwell and Rose (Atkins) Schiedecker.

Mike attended high school in Hammond, IN and then studied at a trade school. He went on to work in the construction industry and retired from Glaziers Local Union 1168, of which he was a lifelong member. Mike enjoyed riding his motorcycle, playing guitar, listening to music, and above all else, spending time with his family. He was known as caring, selfless and dependable, and was always there for anyone, no matter the time of day.

He was preceded in death by his parents and three brothers, Stephen, Dwayne and Carl Bagwell.

Cremation will be provided by Lincoln Land Cremation Society.

F
Shelia Bagwell is the daughter of Dwayne Scott Bagwell.1