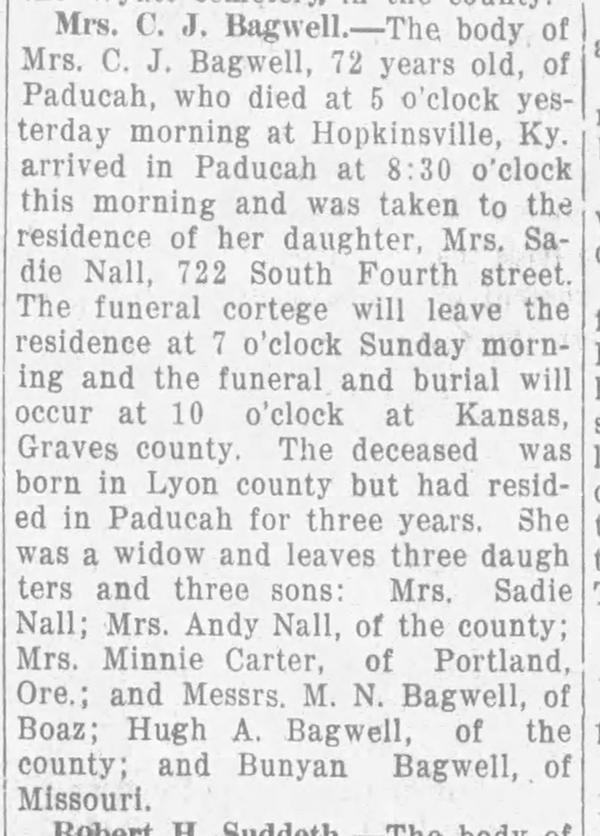 M, b. 7 November 1919, d. 8 February 2008
Esten Cooke Bagwell was also known as Estes Bagwell. He was born on 7 November 1919 in Big Rock, Stewart County, Tennessee.1 He was the son of Landon Reese Bagwell and Ludia Anna Smith.1 Esten Cooke Bagwell married Christine Busby Paulk circa 1948. Esten Cooke Bagwell died on 8 February 2008 in Augusta, Richmond County, Georgia, at age 88
HEPHZIBAH , Ga. - Entered into rest Friday, February 8, 2008, at Heartland Hospice, Mr. Eston C. Bagwell, 88, husband of Christine B. Bagwell. Mr. Eston Bagwell was a native of Big Rock, TN but lived in the Augusta area for the past 53 years. He served 27 years in the US Army and retired as a Master Sergeant. In WWII Mr. Bagwell took part in the D-Day invasion of France, and also served in Korea. His last duty assignment was as a game warden at Fort Gordon. He was an avid outdoorsman. Survivors in addition to his wife include his daughter: Yvonne Lofton and husband Christian W. Solum; nephews: Earl Bagwell, Dennis Bagwell and Greg Bagwell. The memorial service will be held on Monday, February 11, 2008 at 3:00 PM in the chapel of Thomas Poteet and Son with full military honors The family will receive friends from 2:30 until the time of service. Memorials may be made to the National Rifle Association: NRA Processing Center: PO BOX 420648, Palm Coast, FL 32142-0648 Thomas Poteet and Son Funeral Directors, 214 Davis Rd., Augusta, GA 30907 (706) 364-8484. Sign the guestbook at AugustaChronicle.com.1
He was cremated. 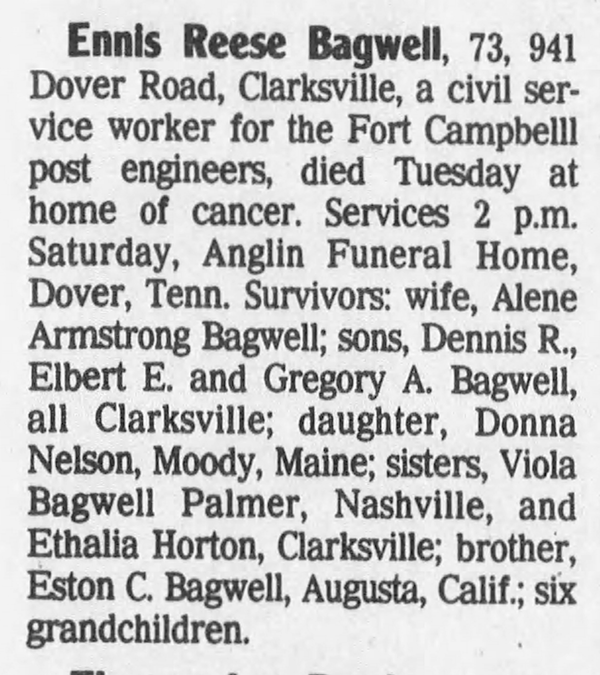 He was a Top Turret Gunner; Engineer of the B-17 Flying Fortress. He arrived in the ETO on 06 Dec 1943. He was assigned to Donald Schaefer crew of the 306th Bomb Group known as" The Reich Wrecker".

Constituted as 306th Bombardment Group (Heavy) on 28 Jan 1942. Activated on 1 Mar 1942. Trained for combat with B-17's. Moved to England, Aug-Sep 1942, and assigned to Eighth AF Eighth Air Force in September 1942 Station 111 Thurleigh. During combat, Oct 1942-Apr 1945, they flew 342 missions of 9,614 sorties from that station dropping 22,575 tons of bombs. The Group lost 171 aircraft MIA. Operations primarily against strategic targets, striking locomotive works at Lille, railroad yards at Rouen, submarine pens at Bordeaux, shipbuilding yards at Vegesack, ball-bearing works at Schweinfurt, oil plants at Merseburg, marshalling yards at Stuttgart, a foundry at Hannover, a chemical plant at Ludwigshafen, aircraft factories at Leipzig, and other objectives on the Continent. Took part in the first penetration into Germany by heavy bombers of Eighth AF on 27 Jan 1943 by attacking U-boat yards at Wilhelmshaven. Without fighter escort and in the face of powerful opposition, the 306th completed an assault against aircraft factories in central Germany on 11 Jan 1944, being awarded a DUC for the mission. Received another DUC for action during Big Week, the intensive campaign against the German aircraft industry, 2-25 Feb 1944: although hazardous weather forced supporting elements to abandon the mission, the group effectively bombarded an aircraft assembly plant at Bernberg on 22 Feb. Often supported ground forces and attacked interdictory targets in addition to its strategic operations. Helped to prepare for the invasion of Normandy by striking airfields and marshalling yards in France, Belgium, and Germany; backed the assault on 6 Jun 1944 by raiding railroad bridges and coastal guns. Assisted ground forces during the St Lo breakthrough in Jul. Covered the airborne invasion of Holland in Sep. Helped stop the advance of German armies in the Battle of the Bulge, Dec 1944-Jan 1945, by attacking airfields and marshalling yards. Bombed enemy positions in support of the airborne assault across the Rhine in Mar 1945. Remained in the theater after V-E Day as part of United States Air Forces in Europe, and engaged in special photographic mapping duty in western Europe and North Africa. Inactivated in Germany on 25 Dec 1946. 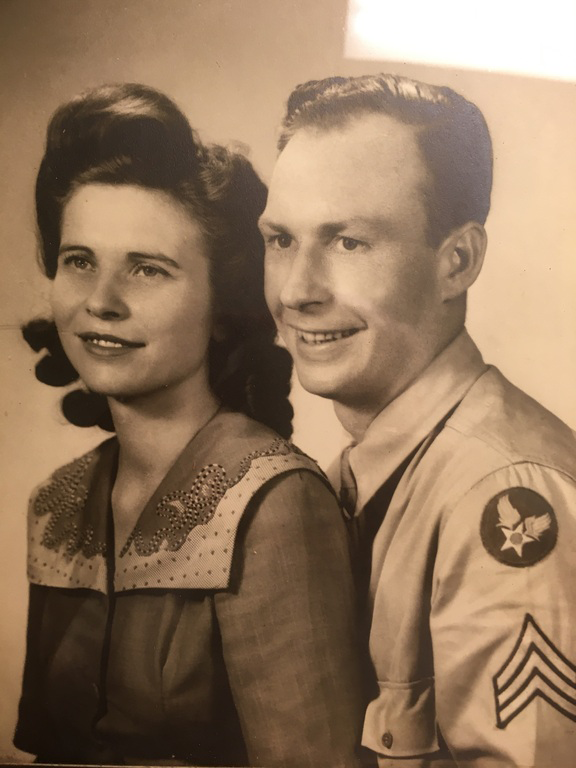 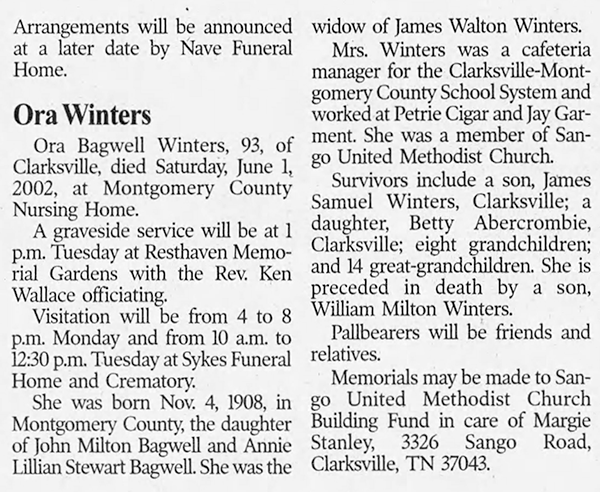