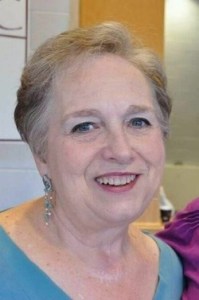 Joyce’s death leaves a big void in our family and in the community. So many loved her dearly because she was so generous with her love and encouragement of others. Her life was defined by a deep and abiding faith, and by service to her church and community. Her joy and hospitality meant that any excuse to get together became a celebration. She knew how to throw a good party.

Visitation for Joyce will be Saturday, March 24 at Huntsville First United Methodist Church from 1 to 3 p.m. followed by a memorial service at 3 p.m. led by Rev. Dr. Glenn Conner & Rev. Coy Hallmark.

In lieu of flowers you would honor Joyce by making a donation to your favorite charity.

A graduate of Easley High School; a United States Navy veteran having served in the Korean War; a retired employee with Ryder Truck; a member of Fairforest Baptist Church, where he was a member of the New Beginnings Sunday School Class and served for decades as a trustee and a deacon; was a lifelong supporter of high school sports, especially the Dorman Cavaliers and the Easley Green Wave.

Memorials could be made to Fairforest Baptist Church, Fairforest, SC.